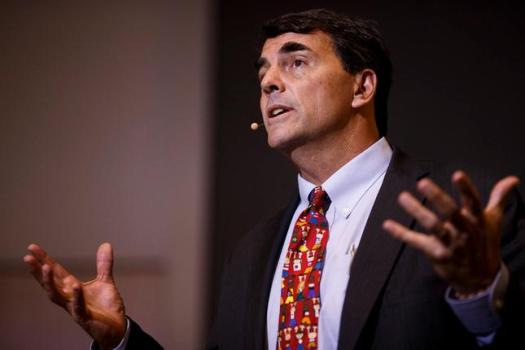 Tim Draper disclosed his view of the effects of his “joke” bet with Argentina’s current president which he made this year during a visit to South America in a speech at the Bitcoin 2019 conference. He made the bet during a trip to Argentina, where he met with the Argentinian leader and discussed the benefits of cryptocurrency, encouraging him to legalize bitcoin.

The conversation included the devaluation of the Argentinian peso and quickly escalated to a wager: if Bitcoin gets to be more valuable than the peso by 2023, Argentina’s leader would declare it a national currency. Draper asserted that Bitcoin would reach $ 250,000 between 2022 and 2023, outpacing the entire currency market by far.

“Bitcoin will own 5% of the global currency market. This will certainly happen,” Draper claimed. While it is not clear if the President agreed to the bet, the venture capitalist guaranteed journalists that the proposal was a joke.

Also Read: Tim Draper says In Next 5 Years the Bitcoin will be Accepted Else ‘NOT’ Fiat Currency

“People are going to choose bitcoin over pesos when they see all they can do with bitcoin. That’s why I made the prediction and then the bet as a joke with the President,” Draper Stated. Draper is bullish on Argentina but is worried about the President’s future. “His popularity is going down,” Draper stated during the panel. The Argentinian peso is actually facing an estimated 36% devaluation by the end of 2019. Macri’s government also faces a public debt rise of 77 percent, the highest in Latin America. As per Draper, the solution lies in making Argentina open to investment.

“The only solution to grow is to be the country all the entrepreneurs want to go to. This is one of those moments when a President can have an important impact on his country,” Draper stated.

On the other hand, the investor does have great expectations for the Argentinian startup industry and invested $3 million so far into Argentinian entrepreneurship. As per Draper, a real investment in Argentina’s tech infrastructure is key. He told the South American leader that the implementation of 5G wireless in the country was imperative.

“I think it’s time to attract investors and venture capital to continue the progress, otherwise the status quo remains and it could lead to a collapse,” Draper stated.