Why a CryptoPunks Owner Turned Down $9.5M in Ethereum for His NFT 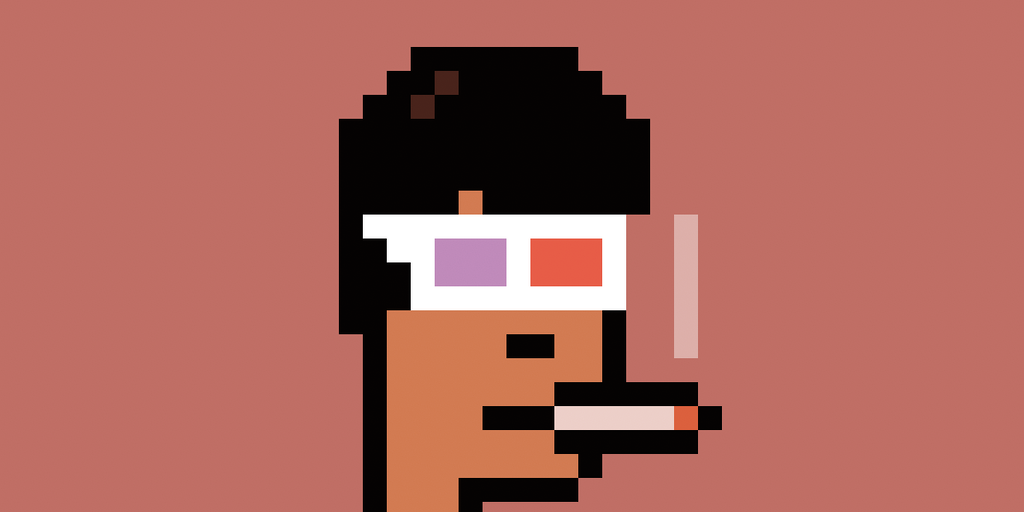 CryptoPunks is the most valuable NFT avatar collection, with a starting price of nearly $400,000 worth of ETH on the secondary market and dozens of sales over the $1 million mark to date. One owner could have cashed in big recently when a $9.5 million offer came in for his CryptoPunk—but he quickly declined.

Richerd Chen is the co-founder of NFT smart contract developer Manifold, but to his 59,000+ Twitter followers, he’s the Punk with 3D glasses, black “frumpy hair,” and a cigarette dangling out of his mouth. Last week, Chen tweeted in conversation, “My punk is not for sale. Don't care what anyone offers me.”

It’s a bold proclamation—and someone decided to test his resolve. On Friday, Chen received an offer of 2,500 ETH ($9.5 million) via the CryptoPunks secondary market run by developer Larva Labs. The way the platform works, Chen could have accepted the offer and immediately swapped his ownership of CryptoPunk #6046 for the stash of ETH.

The bid came from Patricio Worthalter, creator of Proof of Attendance Protocol (POAP), an increasingly popular way to reward communities with NFT badges for participation in events (even Decrypt has used them). Worthalter seemed to be daring Chen to make the move, tweeting from the POAP Twitter account, “Come on Richerd. Don't you want to go down in history as the top CryptoPunk sale to date?”

Come on Richerd. Don't you want to go down in history as the top cryptopunk sale to date? pic.twitter.com/JEeIMo2MEm

Technically, it would only be the highest on-chain CryptoPunk sale to date in terms of USD, with the current record sitting at $7.58 million (4,200 ETH at the time). A CryptoPunk sold for $11.8 million via a Sotheby’s auction in June, but the actual transaction did not take place on the Ethereum blockchain through Larva’s platform, and doesn’t appear on its leaderboard.

In any case, $9.5 million worth of ETH is a lot of money for a JPEG avatar. But Chen refused.

He shared his reasoning in a Twitter thread late Friday, explaining that he has “built up a significant brand around” his CryptoPunk, including the connection to Manifold, a studio behind some of the most inventive NFT projects around—including work from Mad Dog Jones and Pplpleasr—that recently raised funds from Andreessen Horowitz and Initialized Capital.

“My identity along with [the] identity of other iconic Punks and Apes have value beyond the NFT itself. We have our own brands similar to any other brand and that has value,” he tweeted. “Because I value my personal brand and identity, this was an easy rejection for me.”

That’s what NFT avatars were made for: they represent people on social media and within communities, and CryptoPunks and other top collections (like the Bored Ape Yacht Club he alluded to) are also status symbols. Even rapper Snoop Dogg uses a CryptoPunk on Twitter, plus his NFT-collecting alias Cozomo de’ Medici uses a different CryptoPunk that he also owns.

CryptoPunks Get Physical: How Art Galleries are Displaying NFTs

Some NFT collectors and creators have even opted to go by their Punk’s name. For example, Punk 6529 is well known for his sprawling Twitter threads about his vision for the future of NFTs and the metaverse. Punk 4156, meanwhile, is a co-creator of the inventive Nouns NFT project, in which buyers help build the intellectual property around the characters. And noted NFT creator Artchick recently rebranded herself as 2476, named after her CryptoPunk.

An NFT acts like a deed of ownership to a rare digital item, whether it’s an avatar, an illustration, a video game item, or something else entirely. CryptoPunks were minted back in 2017 well before this year’s NFT market boom, and before Ethereum even had an NFT standard. There are 10,000 CryptoPunks in total, and the bulk were given away for free upon launch. Since then, they’ve collectively generated nearly $1.5 billion worth of trading volume.

You guys want to see what diamond hands look like?

Even if $9.5 million worth of ETH is far more than the typical recent sale price for a CryptoPunk, Chen sees more value in holding on to his NFT and maintaining his brand. Many in the NFT community have praised him for having “diamond hands,” a common phrase indicating that someone is holding firm amidst immense pressure to sell.

“I have huge conviction in the NFT space and in Punks. When it comes to [the] NFTs space, I think very long term,” he tweeted. “To me, my brand, identity, and what I’m building in the NFT space will be way more valuable in the long run.”

Why a CryptoPunks Owner Turned Down $9.5M in Ethereum for His NFT