This Week in Coins: Bitcoin and Ethereum Rally Before Launch of Bitcoin Futures ETF 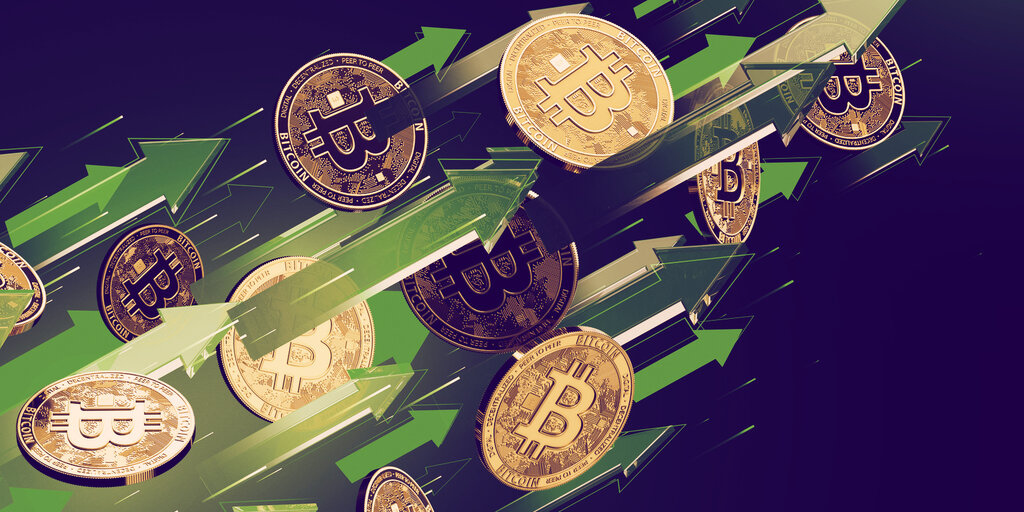 Over the last seven days, the two largest cryptocurrencies by market capitalization, Bitcoin and Ethereum, grew 13% and 9% respectively, amid news that a Bitcoin futures exchange-traded fund (ETF) had been approved by the United States Securities and Exchange Commission.

Bitcoin is currently worth $61,606, just $3,000 shy of its former all-time high of $64,863, set on April 14 this year. The number one cryptocurrency recrossed the $60k threshold after a Bloomberg report on Thursday evening said the SEC was “poised to allow” the first Bitcoin futures ETF to begin trading.

Several hours later, ProShares, an American provider of ETFs, filed an amended prospectus confirming that it has been green-lit to begin trading a Bitcoin Futures Etf on Monday. This news is a milestone in the steady institutional adoption of cryptocurrencies across the US.

Bitcoin futures ETFs are investment products that track the price of Bitcoin futures that trade on regulated exchanges. Shares in Bitcoin Futures ETFs can be bought and sold on public exchanges, and they carry the seal of regulatory approval, providing investors with another way to get exposure to crypto without buying it directly.

The US still lags behind neighboring Canada. This year, Canadian regulators have so far approved the launch of four Bitcoin ETFs alongside a multi-ETF that is pegged to the price of both Bitcoin and Ether.

Other noteworthy performances over the last seven days include Binance Coin (BNB), which is up 13.5% after Binance launched a $1 billion fund to support the growth of Binance Smart Chain. On Wednesday, Wormhole, a multi-chain bridge, announced that Binance Smart Chain could use its services to connect with Ethereum and Solana.

Finally, Polkadot blew up 25% this week to hit $43. The bulk of its price movement happened on Wednesday, when DOT rallied 25% in a single day, following the announcement that Polkadot developer Parity Technologies was ready to launch “parachains”.

These parachains are Layer-1 blockchains that bring the multichain architecture of several networks to Polkadot, bringing the project closer to its goal of realizing a “heterogeneous multi-chain framework,” as outlined in its whitepaper.

It’s been an exciting week for crypto. The two biggest cryptocurrencies look poised to recapture their former ATHs, and some of the largest projects in the industry are closer to realizing their technological ambitions.

This Week in Coins: Bitcoin and Ethereum Rally Before Launch of Bitcoin Futures ETF