5 Apps Leading The Way To The Web 3 Economy 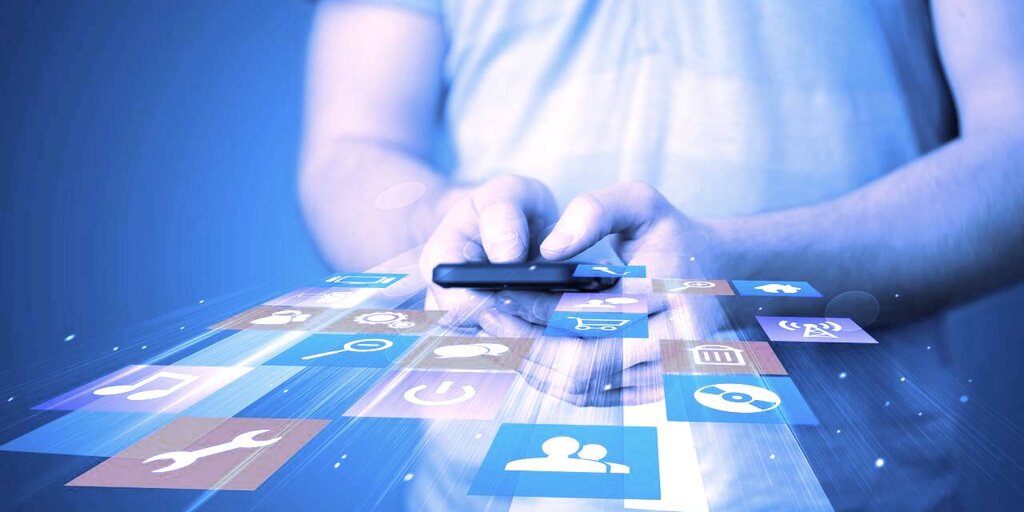 For some developers, monetization can feel like a zero-sum game; either sacrifice their apps’ user experience and hope that user trust isn’t the next thing to go—or hand over a hefty chunk of their hard-earned revenue to one of the big app stores.

The recent Epic Games v. Apple lawsuit has thrown a light on the dilemma faced by developers; in a recent interview with CNBC Squawk Box, Discord CEO Jason Citron pointed out that Apple's 30% commission on App Store downloads "makes it challenging for companies to offer monetization support for independent businesses and creators."

That’s set to change with the emergence of the Web 3 economy, where platforms such as Kin are already enabling developers to create Crypto-based experiences in their apps and digital services. In this open, decentralized economy, developers can build apps that reward users for their engagement without intrusive data harvesting—creating a better experience for users and a means of properly compensating developers for their time and effort.

With Kin already proving to developers that crypto integration can be as easy as working with any other SDK, a new wave of apps is already successfully building cryptocurrency into their offering.

It takes just one to two seconds to confirm a Kin transaction, the fees are minimal and subsidized and “no data is captured, exchanged, repackaged, resold or exploited,” said William Mougayar, executive chairman of the Kin Foundation, the nonprofit that governs the Kin cryptocurrency.

Users can earn, Spend and transfer their Kin across an ecosystem of consumer apps, while developers are able to monetize their offering by integrating crypto through the Kin Rewards Engine (KRE), by which devs are paid for weaving Kin into their app experiences.

This paves the way for an equitable exchange of value between the developers of apps and the users who use them—as it should be.

Meet five of the most innovative apps taking advantage of this new economy and proving that Kin truly is money for the digital world.

PeerBet, a free social wager app, is regularly the top earner in the Kin ecosystem. In less than one month between July 25 and August 21, for example, PeerBet generated 2.2 billion Kin—roughly $267,000—through the KRE.

One of the reasons Kin works so well within the PeerBet experience is because the app was built from the ground up with the Kin cryptocurrency in mind, and the incentives are perfectly aligned.

Congrats for making it into our Top 10 Earners @Polype01

When users join, they’re gifted with a small amount of Kin to get started, and they can easily earn more by placing bets on the outcome of sports, political, and entertainment events, or by staking, suggesting a topic (one of the app’s most popular features), referring a friend, watching ads or unlocking in-app achievements.

PeerBet is in the midst of creating new spend activities for Kin, including a marketplace where users will be able to buy avatars and non-fungible tokens.

"Paying with crypto should be as simple and fast as paying with a virtual currency used in many other existing apps."

But although crypto plays an integral role within Peerbet, Simon Howard says that he and his co-founder Patrice Poulin “try not to make it obvious that blockchain is involved at all.”

“Paying with crypto should be as simple and fast as paying with a virtual currency used in many other existing apps, and when people find out that PeerBet's virtual currency is in fact a digital currency with value, they are very happy indeed,” Howard said. “The ability to earn real money in just a few minutes has proven to be a very popular feature of our app.”

Simplicity and ease of use are key in order for the crypto economy to thrive within consumer-facing apps, said Alex Kruglov, CEO and co-founder of pop.in, an app that helps people make friends and break the ice by playing group games while on video chat.

“What stands between where crypto is today and what people envision for it is the difficulty of use,” Kruglov said. “But we’re obsessive about making sure the tools we give our users are easy to use, which is why we went with Kin, where the focus is on usability and not on hardcore nerdy crypto stuff.”

You can now play with family and friends on https://t.co/dqP7AP1ZQM! This has been the most requested feature since the quarantine and we are thrilled to be able to offer it. Invite your sister, your aunt, your school buddy and play fun games with your loved ones! pic.twitter.com/aXmj8jxs9v

The ways in which users earn Kin on pop.in fits neatly into the app’s vision of being a place where people can hang out and foster real human connections in a virtual setting.

Players are rewarded for winning games, but they can also earn Kin for making someone laugh or bringing a positive vibe. And if someone loses a game, other players will often give that person a bit of Kin to make them feel better.

"We’re obsessive about making sure the tools we give our users are easy to use."

The spends also foster engagement. Pop.in is in the middle of a relaunch that will bring new ways to spend, including on “flourishes,” like causing fireworks to light up during gameplay or on pimping out their environment with fun backgrounds.

Eventually, players will be able to transfer items they buy in pop.in, like NFTs, into other Kin-supported apps.

Today, the vast majority of pop.in users spend their Kin on peer-to-peer tipping, which helps enhance the user experience.

“It’s very different from a traditional in-app currency, which is all about getting users to buy something from the app,” he said. “But what’s good is that we also have the opportunity to run a business—without advertising – in an ecosystem where the bigger you are the more the ecosystem is able to support itself.”

Madlipz did try to monetize with advertising for a short time in the past, but “there was a big trade-off,” said CEO and co-founder Amir Alikhanzadeh.

“We needed to either impede the user experience and flow or risk not bringing in enough revenue to cover our costs,” Alikhanzadeh said.

Not that there’s anything inherently wrong with ad targeting or data collection—but only so long as users opt in and have both complete control over their choice and how much data they want to share.

Apps are paying users instead of exploiting them. Web 3.0 in action.

Create, watch, and share funny videos while earning and spending cryptocurrency on social experiences and microtransactions.

Madlipz has been working hard on this for a while, awesome to see it come to life. https://t.co/hqn4XxBaMd

“By integrating Kin and having an alternate way to monetize the platform, we bypass the need for creating such a mechanism for data control,” Alikhanzadeh said. “Our users can have more of an open presence on the platform without the fear of unnecessarily sharing personal information.”

The arrangement is also working well for Madlipz, which made 313 million Kin in just one month this summer, the equivalent of more than $37,000.

Virtual makeup and augmented reality beauty app Perfect365 monetizes in multiple ways, including through brand advertising, subscriptions and Kin. But it’s Kin that has the most potential for innovation.

Users can already tip content creators in Kin and spend it on premium features within the app, like unlimited custom color lipstick options and filter packs.

But Perfect365, which generated 1.9 billion Kin via the KRE between late July and late August, is also building its own e-commerce marketplace to expand the use cases on offer. Soon, users will be able to put Kin toward the purchase of tangible goods such as gift cards and makeup.

Down the line, the goal is to allow users to book offline services—think a consultation with a makeup artist in the real world—using Kin as payment.

“This is the type of thing we’re able to think about today with Kin at the heart of the token economy,” Hsu said. “We can drive usage and engagement without limiting our users in any way.”

Crypto needs a virtuous cycle of earning and spending opportunities in order to keep the economy thriving.

For instance, why shouldn't you be able to earn tokens for owning an NFT?

Daniel Charpentier is helping make that happen through a new Solana project he founded called Kreechures, which gamifies the ownership of non-fungible tokens.

Specifically, Kreechures are NFTs of little alien characters from another planetary system that people can collect, train for combat, trade, sell, and even breed. Owners earn Kin tokens through daily interactions with their Kreechures and other achievements via a web app. The longer they hold the asset, the more Kin they earn.

The plan is to roll out spends so that owners can use their Kreechure-generated Kin in other apps, Charpentier said. Kreechures will use a Phantom wallet to connect to a user’s main wallet so that all the Kin they earn is easily accessible from a central location.

“The last thing people need is to deal with yet another wallet,” Charpentier said. “From a player’s perspective, that will make it much easier for them to spend Kin.”

"The last thing people need is to deal with yet another wallet."

But users also really appreciate the Kin Rewards Engine, Charpentier said, because it allows the Kreechures project to mine crypto and dole out rewards without resorting to other more problematic monetization methods, including ads.

“If we wanted to monetize without Kin, we’d have to bring in elements we don’t think are very user-friendly,” Charpentier said. “By mining Kin, I can focus on the game and I can avoid the things I don’t agree with, like selling information, advertising, and the dark patterns that I hate as a user myself.”


This post first appeared on Passive Income With NFTs, please read the originial post: here
People also like
How come so many Christians don’t really know God?
Beard Bib – Solution For Messy Grooming
PDF Extra – NEW! Team Plan
The A500 Mini Review
The Best Romantic Honeymoon Destinations in the United States
How and Where to Buy HXRO Token – An Easy Step by Step Guide

5 Apps Leading The Way To The Web 3 Economy