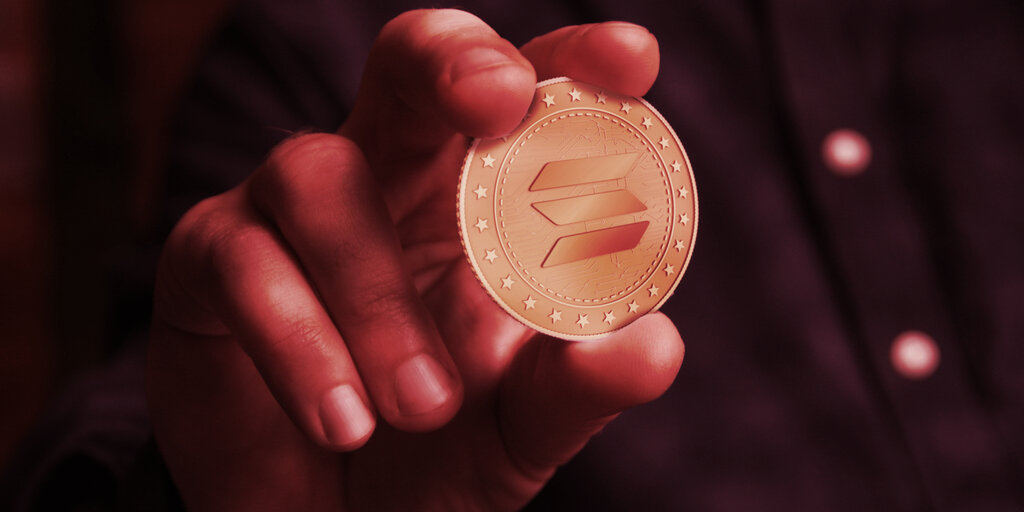 Solana has been offline and not producing blocks for nearly 11 hours as of this writing, and while a fix appears to be imminent, the prolonged downtime is taking its toll on Solana’s price.

SOL, the native cryptocurrency of the blockchain Network, has dropped more than 13% in value over the last 24 hours, per data from CoinGecko. It’s currently at around $147 per coin and dipped as low as $145 this afternoon, the lowest price in more than a week—since Monday, September 6.

The network stopped producing blocks this morning, and Solana Labs and the community of transaction validators have been working to get the Blockchain Network back online. As of this writing, node operators are coordinating a network restart to resume validating transactions.

According to the Solana Status account on Twitter, Solana’s downtime has been attributed to a flood of transactions sent from bots, with as many as 400,000 transactions per second. That apparently caused the network to begin forking into different paths, which overwhelmed the memory of some nodes and caused them to shut down.

Solana Labs CEO Anatoly Yakovenko tweeted that the flood of transactions was sent to Solana-based decentralized finance (DeFi) protocol Raydium. Today, Raydium launched an initial decentralized exchange (DEX) offering—or IDO—for Grape Protocol, a popular toolset used by Solana DeFi apps and NFT projects. An IDO is a type of public token sale similar to an ICO, only it takes place on a peer-to-peer exchange rather than a centralized one.

The downtime and resulting price action mark an unexpected halt to Solana’s recent upward momentum, which saw the price of SOL rise from about $35 on August 1 to a new all-time high above $213 last week.

Solana Has Been Down for Hours Due to ‘Resource Exhaustion’

Along the way, NFT collectibles began gaining traction on Solana, thanks to popular projects like Degenerate Ape Academy and Aurory. Additionally, the amount of assets locked within Solana DeFi protocols has risen significantly during the aforementioned span, rising from about $1.2 billion worth in USD on August 1 to $11.3 billion worth today, per data from DeFi Llama.

Solana’s price drop comes during a mostly positive day for the cryptocurrency market, which is up 3% on the whole over the last 24 hours, according to CoinGecko. Bitcoin is up 4% to $47,027, as of this writing, while Ethereum is up nearly 3% to $3,385.