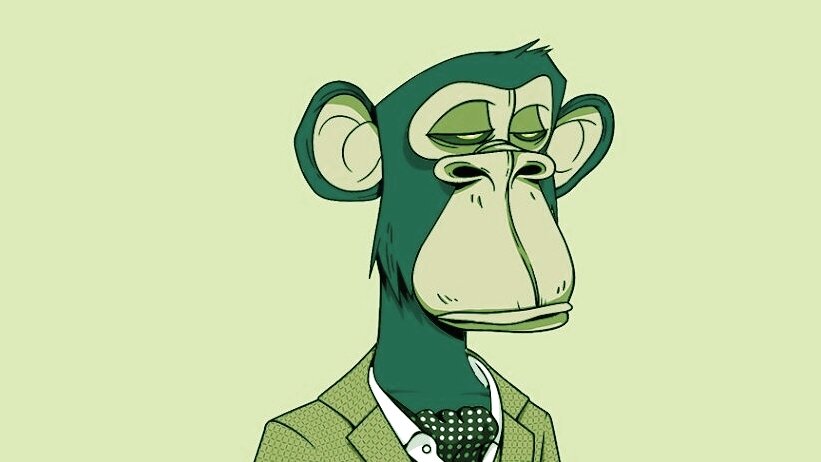 Curry, who won the NBA championship three times as a point guard for the Golden State Warriors, has also updated his Twitter profile picture to his ape: a blue, miserable looking thing in a tweed suit, and posted a selfie to the project’s Discord chat.

The 33-year-old basketball player’s ape is one of 10,000 simians that comprise the project. The NFTs double as membership to an invite-only club and a member’s-only graffiti board. Owners have commercial rights over their apes.

After Curry bought the ape NFT, several people have donated him 58 other NFTs, including a pair of scissors, a rock and a hand-drawn edition of his Bored Ape NFT.

The project has generated $28.3 million worth of sales today alone, according to CryptoSlam.io, an all-time high.

Since its creation four months ago, the Ethereum-based project has racked up $320 million in sales, making it the fifth most popular NFT project. On September 2, Sotheby’s will auction off some of the apes.

CryptoPunks, another 10,000-strong collection of NFT avatars, has generated just over $1 billion in sales, the most popular in its class.

Later today, the Bored Ape Yacht Club will take a snapshot of the chain before airdropping “mutant serums,” a tool through which holders can breed their apes.

Breeding features from other projects let users combine NFTs to mint new ones. Breeding at the Bored Ape Yacht Club requires only one ape. The team behind the project has not disclosed further information.


This post first appeared on Passive Income With NFTs, please read the originial post: here
People also like
Tekashi 6ix9ine Gets Punched In The Head Inside Miami Nightclub, Right In Front Of His Goons
10 Attractive Circle Beard Styles & How to Get Them
The Book Depository – Where the Crawdads Sing
Column: Dear Rick Caruso: Running the Grove isn’t as easy as running the city
Develop Home Accessories Shopping App like Westwing To Skyrocket Your Revenue in 2022
How to Heal Tennis Elbow