Who Are Bitcoin Whales and How Do They Trade? 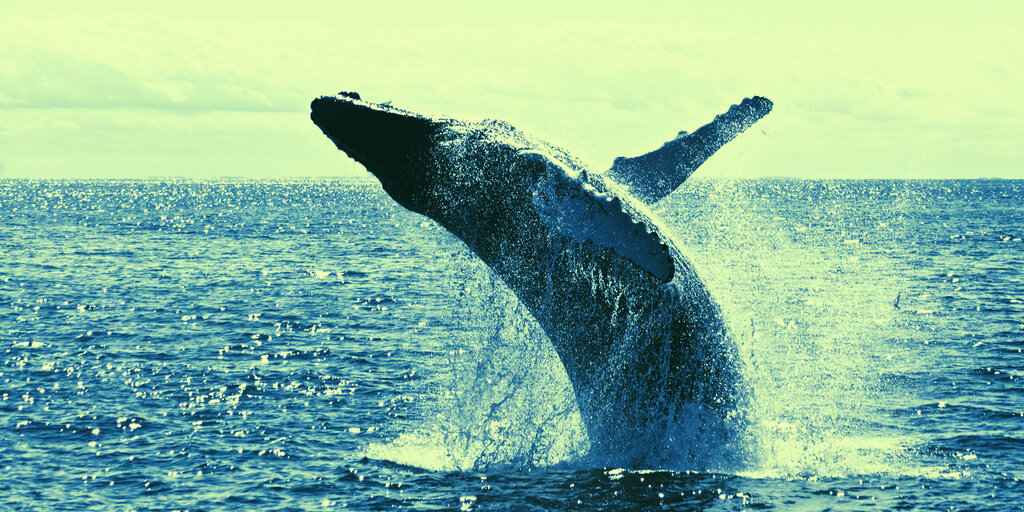 While digital assets theoretically help facilitate a level playing field for individuals, in distributed networks such as Bitcoin, some people have more leverage and influence than others: whales.

Bitcoin whales are people or entities that hold enough Bitcoin to influence or even manipulate the value of the currency. The bigger the price movement, the bigger the whale.

According to data from BitInfoCharts, the 10 largest BTC wallets control 6% of all Bitcoin in circulation, representing roughly $50 billion, while the top 100 wallets hold nearly 15% of all Bitcoin ($124 billion).

To fully grasp Bitcoin’s price movements, it’s important to know who these Bitcoin whales are and how they operate.

Who are some of these whales?

Bitcoin addresses provide users with some anonymity. Therefore, reverse-engineering the identities of influential wallets, while not impossible, isn't always easy. That said, Bitcoin whales can be divided into four general groups:

Not all whales are known, however. And most, like Satoshi, are dormant. In fact, 64 of the top 100 addresses have yet to withdraw or transfer any Bitcoin, including a Binance cold wallet with 288,126 BTC ($13 billion).

When a whale splashes

But what happens when they do trade?

Given whales’ significant concentration of wealth, large buy or sell orders can cause ripple effects. That’s something companies want to avoid when making large purchases, lest they cause the price to rise while they’re still buying. Take MicroStrategy, for example, a public company that holds 105,000 BTC ($4.7 billion).

MicroStrategy CEO Michael Saylor has said the company used a “macro buy strategy” in which it purchased nearly 20,000 Bitcoin in thousands of smaller trades. According to Saylor, during one purchase, the company “traded continuously 74 hours, executing 88,617 trades.” Despite the deliberately small transactions, the company was prepared to buy anywhere between $30-50 million of the asset in a few seconds if Bitcoin’s price dropped by 1 to 2%.

Bitcoin Whales Are Dwindling: What Does That Mean for the Market?

While large buy orders can quickly drive the price up, large sell orders do, well, the opposite. If sellers try to convert their holdings of BTC to cash or alternative currencies, a lack of liquidity coupled with larger transaction size can create downward pressure on Bitcoin's price. This can lead to a fire sale as retail investors panic and follow suit.

How, exactly, do whales transact?

Whales can use several methods to trade, with each method providing some insight into market conditions.

Yet despite the sporadic price swings or short-term market movements caused by whales, as adoption and maturity in the global crypto market increases—and as the price rises—Bitcoin will continue to shake off the influence of whales over the long term.

Who Are Bitcoin Whales and How Do They Trade?