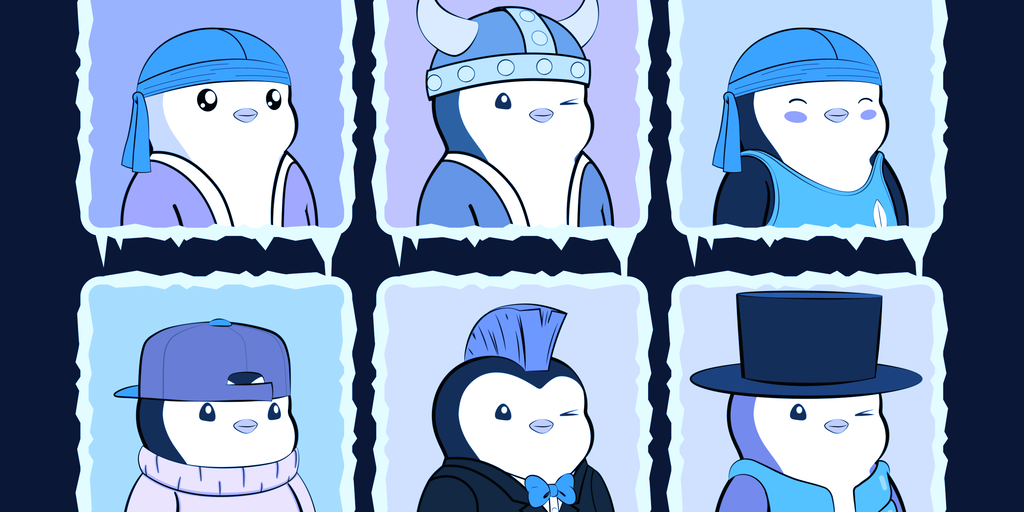 Pudgy Penguins hardly break the mold for Ethereum-based NFT sets. There’s 8,888 of them in total, each depicting a different cartoonish penguin assembled from an array of randomized traits. Some have hats or glasses; mohawk or bowl cut; a t-shirt or scarf. You might see devil horns or a fish laying on top of its head. It’s similar to those aforementioned sets in approach, albeit with a generally more wholesome allure.

But just like those sets, they’re selling like hotcakes. The original run sold out quickly and the NFTs were all minted about three weeks ago, but they’ve exploded across Twitter just over the past several days. When Reddit co-founder and noted investor Alexis Ohanian tweeted his Pudgy Penguin out on Tuesday, it seemed like confirmation that the collecting craze was catching fire. Today’s New York Times story about them only cemented that.

An NFT acts as a deed of ownership to just about any kind of digital item, be it an image, video file, video game item, or something else entirely. The wider NFT market exploded early this year, notching some $2.5 billion in total transaction volume in the first six months of 2021.

While some of the buzz around the market seemed to quiet in recent months, transaction volumes have surged lately. The floor price for CryptoPunks has recently hovered around $150,000 worth of ETH after breaking the $100,000 mark for the first time last week, and there have been a few multi-million-dollar sales in that collection recently. Meanwhile, the newer Bored Ape Yacht Club marked its first NFT sale above $1 million last weekend.

As you might expect, the rising demand for Pudgy Penguins is sending their price skyward. As of this writing, the floor is at 2.3 ETH on secondary market OpenSea—which means the cheapest one you can buy right now is just over $7,000. Earlier this afternoon, it was 1.85 ETH (about $5,700). The hype is real, and the market is responding in kind.

Someone Bought a CryptoPunks NFT for $443, Sold It for $4.4 Million in Ethereum

The most expensive Pudgy Penguin sold to date, according to CryptoSlam, is a surprisingly plain penguin design set against a green backdrop—but it’s the only one in the entire set that is facing left, along with some other rare attributes in the mix. It sold for 150 WETH (Wrapped Ethereum), or about $458,000, two days ago, and now the current owner has it listed on OpenSea for 1,000 ETH. That's over $3 million.


This post first appeared on Passive Income With NFTs, please read the originial post: here
People also like
10 Attractive Circle Beard Styles & How to Get Them
NFT Bored Ape Yacht Club Review – All You Need To Know About It
How to Develop a Pill Reminder & Medication Tracker App like Medisafe?
Karen S. Wiesner, Tension and Twists, Part 1 (Writer's Craft Article)
How To Make A DIY Nature Mandala Craft
News for Travelers
Time, Technology and Your Tiredness
The Dreaded Long-Winded Interviewee
Exclusive Interview With Ankit ‘V3nom’ Panth, Founder of Team Brutality On Being a Red Bull Athlete, The State of Esports In India and More
The Subtle Hazards of Real-World Cryptography