These Ethereum NFTs Change Based on Who Bids for Them 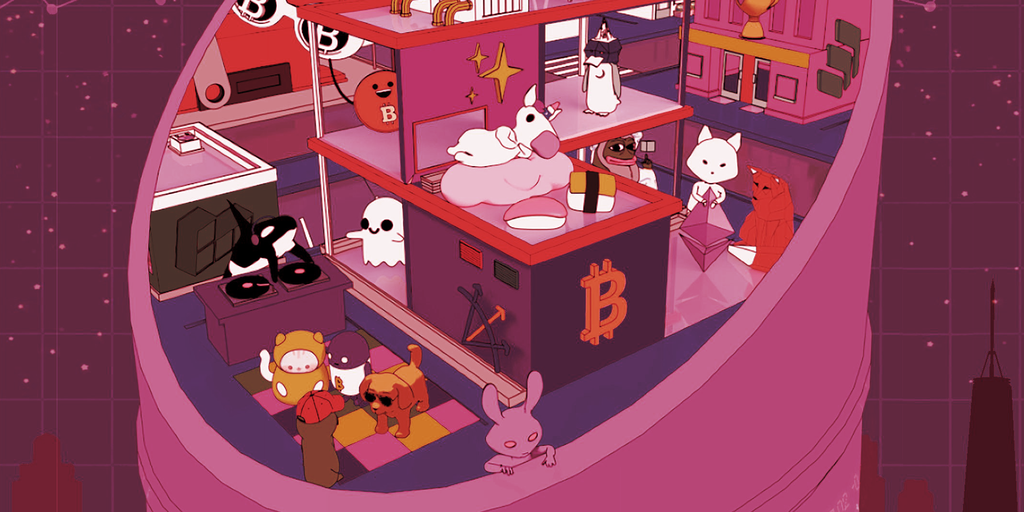 Fortune’s latest issue focuses on the rise of decentralized finance and the wider Crypto world, so it makes sense that the publication would follow the lead of TIME in releasing special-edition NFTs based on the magazine cover. But in this case, there’s a very special twist.

The NFTs launched today on marketplace OpenSea, with 256 standard edition versions already selling out for 1 ETH (nearly $2,890) each. However, there are also three special edition NFTs up for auction to the highest bidders, and they have a little something extra in the mix besides increased rarity: the animated cover image will actually change based in part on whether certain people bid on it.

An NFT acts like a proof of ownership to a digital item—such as a still image or video file—and in most cases, what you see is what you get. However, programmable smart contracts allow for unique variations and modifications, like those introduced in this particular drop.

Noted NFT artist pplpleasr populated the artwork with an array of familiar crypto industry sights, ranging from cryptocurrencies like Bitcoin and Ethereum to the fox mascot of wallet app MetaMask, plus references to the decentralized exchanges Uniswap and SushiSwap. It’s also packed with references to notable “Crypto Twitter” personalities.

According to a Twitter video from pplpleasr, the smart contracts—or bits of computer code that perform certain instructions—that power the limited edition Fortune NFTs have been written in a way to automatically change the artwork if certain public Ethereum wallet address holders place a bid. In other words, the auctioned NFTs can become even more distinctive based on who tries to buy them.

This $1.6 Million NFT Could Self-Replicate Into Hundreds More

Pplpleasr specifically mentioned Twitter personalities Crypto Cobain and Loomdart as those whose bids could change the artwork. Since the auction started, pplpleasr tweeted that crypto developer Icebergy held the top bid on all three auctions, and showed how the image had changed to showcase their avatar.

Ultimately, the winning bidder’s wallet will decide the final form of the NFT artwork—so if one of those crypto personalities tied to the programmable tweaks doesn’t win an auction, then the variations won’t stick through to the final NFT minting. Regardless of how the artwork turns out, the auction will benefit a good cause: pplpleasr said that half of all proceeds will be donated to an undisclosed charity.

These custom smart contracts were developed by NFT production company Manifold. That’s the same team behind another distinctive NFT that was auctioned in April: “Replicator” by artist Mad Dog Jones, which automatically reproduces potentially hundreds of variant NFTs that can then be resold. That NFT sold for $4.14 million via art dealer Phillips.

These Ethereum NFTs Change Based on Who Bids for Them