Senate on the Brink of Passing Bill That Threatens Crypto. Here’s What Happens Next 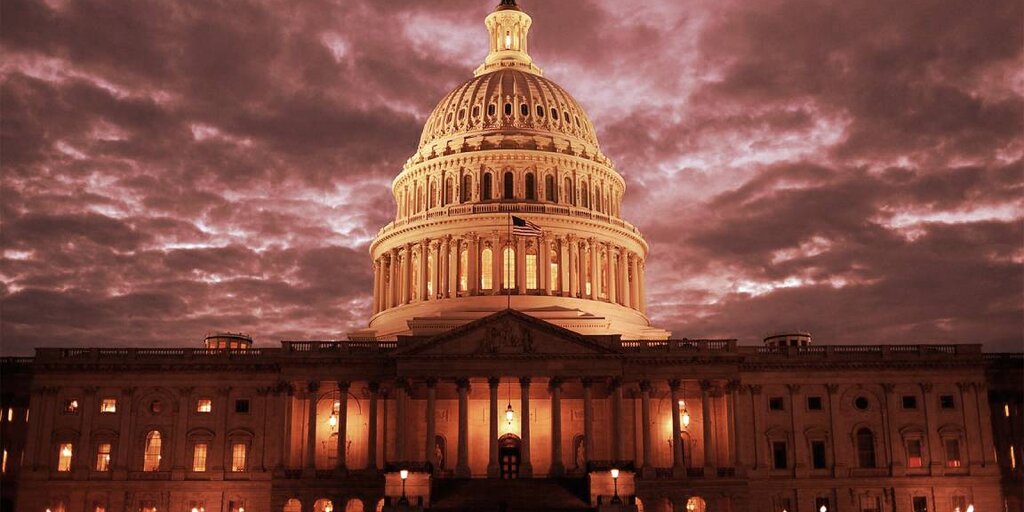 The Senate is gearing up to vote on a $1 trillion infrastructure Bill this weekend that will fund roads, bridges, and clean water.

But first, it's got to figure out what to do about cryptocurrency.

To pay for part of the bill's proposals, its authors included a provision that would expand the definition of "brokers" to include those dealing in digital assets. Such brokers would be required to file 1099 forms on behalf of their customers to the IRS. However, instead of just including the crypto custodians and exchanges you might expect to be part of this digital broker category, the language was broad enough that it could snare non-custodial actors such as Bitcoin miners, validators who process transactions on proof-of-stake networks, wallet providers, and even DeFi protocol developers.

After taking heat from cryptocurrency advocates, who argue that compliance will be near-impossible, Senators Ron Wyden (D-OR), Cynthia Lummis (R-WY), and Pat Toomey (R-PA) offered an Amendment that would exempt non-custodial actors. That was followed by a competing amendment from Senators Mark Warner (D-VA) and Rob Portman (R-OH) that would only explicitly exempt proof-of-work miners and wallet providers from the requirement.

Advocacy groups such as the Blockchain Association support the Wyden-Lummis-Portman amendment. They oppose the Warner-Portman amendment because it isn't "technology neutral," favoring Bitcoin and other proof-of-work blockchains over proof-of-stake chains, and "imposes reporting requirements on those who can't comply."

So, what happens next?

Step 1: Deal with the amendments

Sources with knowledge of the proceedings told Decrypt that neither amendment will necessarily get a vote. Senate Majority Leader Chuck Schumer (D-NY) and Minority Leader Mitch McConnell (R-KY) have been negotiating on which of the 500 filed amendments will be voted on. Senator Bill Hagerty (R-TN) blocked the agreement, which required unanimous consent, over issues with the bill's costs.

They're reconvening on Saturday to try again—Sen. Hagerty's stand is likely a futile one, limiting the ability of amendments to get through but not stopping passage of the bill—before moving to invoke cloture and end debate.

A source with knowledge of the negotiations told Decrypt, "I would say something like the Warner amendment may not get a direct vote in the Senate."

If no deal on amendments is reached, the original bill would then be up for a vote.

Step 2: Deal with the bill

After all amendments are processed and dealt with—or not—the Senate will move forward with voting on the entire bill, which needs 60 votes to advance. If the list of Republican Senators making good-faith amendments to the bill is any indication, Democrats have enough support across the aisle to pass the package.

Step 3: Send it back to the House

Even if that passes, don't expect the drama to end soon. The House of Representatives already passed a $715 billion infrastructure bill along mostly party lines. It wasn't the same as the Senate bill before the amendment process, and it won't be the same bill after. To become law, the chambers must agree on the bill.

House Democrats could easily get the bill to President Biden's desk by approving the Senate version, but they won't be in a hurry to do so. For starters, they're scheduled to remain on recess in their home districts until September 20. Second, House Majority Leader Nancy Pelosi is waiting for the Senate to pass an even larger spending package, costing $3.5 trillion and covering health care, education, climate change, and other Democratic priorities. Because Senate Democrats face tougher odds to get that package through—even by making it part of a budget reconciliation process that requires just 51 votes to pass—it may take a while.

Progressive Democrats, in particular, have spoken up about their willingness to hold out for a more comprehensive infrastructure spending plan, according to reporting this week from the New York Times.

Members of the Congressional Blockchain Caucus may also throw a wrench into proceedings. Republicans Ted Budd and Tom Emmer, as well as Democrat Darren Soto sent a letter to Leader Schumer supporting the Wyden-Lummis-Toomey amendment.

I joined @RepTedBudd and @RepTomEmmer to support bipartisan senate amendment to fix #cryptocurrency tax reforms in Bipartisan Infrastructure Package. We will continue to push for American #Crypto innovation! pic.twitter.com/bl2Jt40Hjd

If the House and Senate can come close enough on infrastructure legislation, the two chambers can negotiate the differences in a conference committee with representatives from both the Senate and House Transportation and Infrastructure Committees. Only then would it head to President Biden's desk. Once he signs it, the bill becomes law.

Senate on the Brink of Passing Bill That Threatens Crypto. Here’s What Happens Next