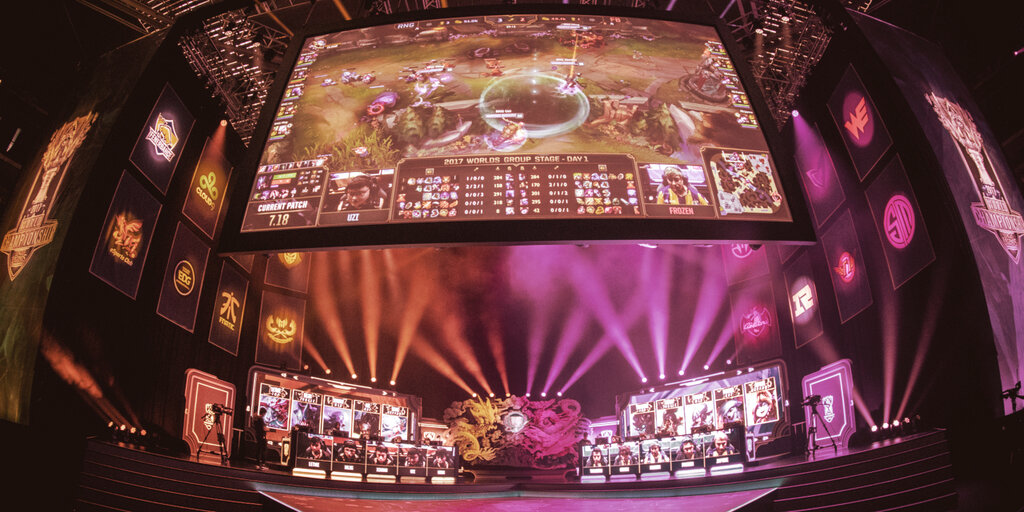 Cryptocurrency exchange FTX continued its push into the Esports industry today with the announcement of a seven-year partnership with Riot Games to sponsor its League of Legends Championship Series (LCS) franchised league in North America.

As the “official cryptocurrency exchange” of the league, FTX branding will appear throughout LCS broadcasts beginning this weekend. FTX will specifically sponsor broadcast segments related to the in-game gold currency, such as the current amount of gold that each player and team has accumulated thus far in each match. The exchange will also sponsor the league’s Most Improved Player Award.

The seven-year alliance is Riot Games’ first with any cryptocurrency exchange, and also the longest sponsorship Deal that Riot has signed to date for any of its regional esports leagues. Financial terms of the deal were not revealed, and Riot did not respond to Decrypt's request for further details.

In June, FTX made a major splash in the esports industry by signing a 10-year, $210 million sponsorship deal with popular esports club Team SoloMid (TSM), which would rebrand as TSM FTX as part of the agreement. TSM competes in the LCS, and it is arguably the organization’s most valuable and prominent esports team. League of Legends is one of the most popular games in esports, with the 2019 World Championship drawing more than 44 million peak concurrent viewers, per Riot.

However, soon after the announcement, it was revealed that TSM FTX faced limitations by Riot Games regarding cryptocurrency sponsorships in both League of Legends and VALORANT. Due to those restrictions, TSM cannot activate the FTX sponsorship or use the full “TSM FTX” name during broadcasts for official competitions for those games. The team confirmed that those limitations were carved out in the partnership agreement.

According to Chris Greeley, Riot Games’ Head of Esports for North America and Oceania, the new LCS deal with FTX does not change the activation limitations around TSM’s FTX sponsorship, as well as other teams that have cryptocurrency sponsors. Riot’s deal does allow the league to remove digital FTX branding from international LCS broadcasts in countries where cryptocurrency advertising is limited, however, as first reported by Dot Esports.

"Our partnership with FTX does not change our league-wide stance on cryptocurrency exchange sponsors,” Greeley told Decrypt in an emailed statement. “LCS activations with FTX can be removed from broadcast when needed in regions that limit cryptocurrency advertising. A sponsor that appears on apparel or other non-digital activation cannot."

Interestingly, the terms of use for Riot Games’ software APIs and development tools strictly prohibit the use of cryptocurrency or blockchain technology by third-party developers. Riot Games’ LCS Publishing Manager Michael Sherman tweeted today that there are “no plans to update this policy,” despite Riot’s newfound embrace of a crypto exchange.

FTX’s sponsorship spending spree hasn’t been limited to esports, either: in April, the exchange agreed to pay the NBA’s Miami Heat $135 million over 19 years for naming rights to its arena. The firm also signed a five-year sponsorship deal with Major League Baseball in June that includes a patch on umpires’ uniforms, along with other promotional activations.


This post first appeared on Passive Income With NFTs, please read the originial post: here
People also like
11 Unforgettable Things to Do in Belize — Important Tips & Places to Stay
Two AMAZING events at Royal Arsenal Riverside and Kidbrooke Village this Platinum Jubilee bank holiday weekend!
Beard Bib – Solution For Messy Grooming
What would happen to a modern-day Moses in America?
How Long after Botox Can Your Patients Get a Facial?
Florencia Lozano On New Film About Opioids, The Oscars, & Working With The Late Craig ‘muMs’ Grant