Is Bitcoin Mining Finally Getting Greener? 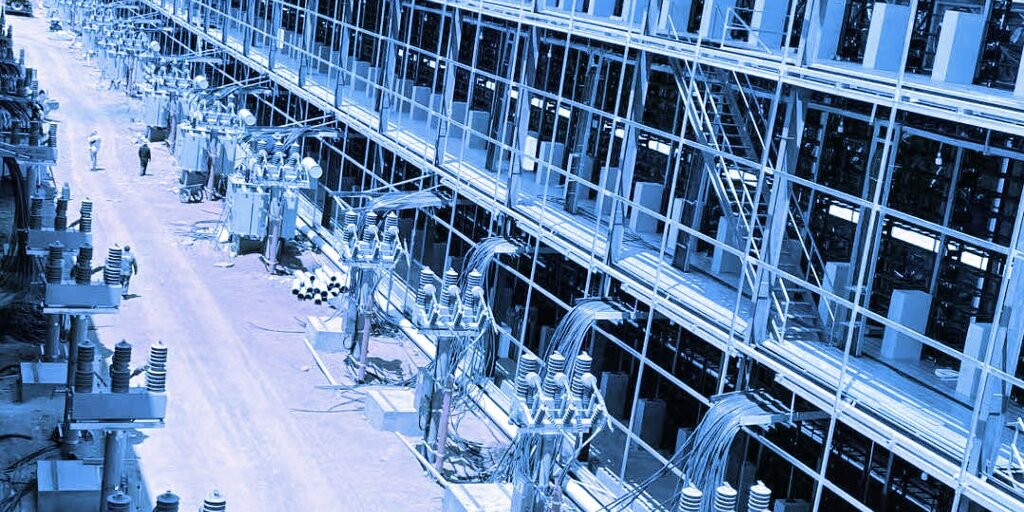 As the price of Bitcoin surged over the past year, so did the noise around the environmental impact of Bitcoin Mining, an energy-intensive process in which large computers race to solve math problems and win the right to upload bundles of transaction data to the network.

Bitcoin mining uses a method called Proof of Work (PoW), and it’s been no stranger to criticism from regulators and environmentalists. Their main contention is over the increasingly large amount of energy (computational power) PoW demands. That energy use has risen along with Bitcoin’s price, since more lucrative miner incentives lead to more mining activity, which means more machines using more electricity.

Last week’s “B-Word” virtual event with Tesla CEO Elon Musk, Square CEO Jack Dorsey, and Ark Invest’s Cathie Wood felt like a culmination of sorts in the ongoing conversation around Bitcoin mining, especially since Musk stunned Bitcoiners in May when he abruptly announced Tesla would stop accepting Bitcoin as payment due to environmental concerns. He has since said that Tesla would be willing to reembrace Bitcoin if and when at least 50% of global Bitcoin mining uses renewable energy.

There’s been some progress on that front.

According to Cambridge University, the Bitcoin network currently consumes about 74 terawatt hours (TWh) of energy per year (TWh is a unit of measurement equivalent to one trillion watts per hour, and is used to measure the energy consumption of entire countries). That’s slightly higher than the annual energy use of countries like Colombia (70.2 TWh per year) and Bangladesh (70.6 TWh).

While that might sound alarmingly high, Bitcoin’s defenders point out that comparing the energy use of an entire global payment rails to the energy use of one country is not very instructive, and that there aren’t many useful apples-to-apples comparisons to draw with Bitcoin’s energy usage.

Importantly, Cambridge reported in September 2020 (its most recently available figure) that only 39% of Bitcoin’s current energy consumption is based on renewable energy. So, if we convert the 61% of Bitcoin’s non-renewable energy consumption—45 TWh—to its greenhouse gas equivalent, we know that the network’s carbon footprint is equivalent to about 35 billion pounds of burned coal.

About four months ago—well before China cracked down on Bitcoin mining—the network’s carbon footprint was equivalent to nearly double that amount of burned coal—61 billion pounds. In other words, Bitcoin’s carbon footprint has been cut nearly in half over the past four months, though this has coincided with a price drop.

Of course, there are other estimates when it comes to Bitcoin’s share of renewable energy. The Bitcoin Mining Council—which doesn’t require its members to submit their energy consumption data upon joining—released a report in July that found the sustainable electricity mix of the global Bitcoin mining industry crossed 56% in Q2 2021, up from 36.8% in the previous quarter. Because this survey was voluntary, questions were raised about how reliable its findings were.

Musk acknowledged at the B-Word event, "There appears to be a positive trend in the energy usage of Bitcoin,” but ultimately reiterated his conditions outlined in a June tweet. He went on to say that, “as long as there’s a conscious and determined effort by the mining community to move towards renewables, then Tesla will support that.”

Wood, for her part, said at the event, “I really do believe that Bitcoin will be much more environmentally friendly, certainly, than traditional gold mining or the traditional financial services sector. In many ways it already is.” (In April, ARK Invest and Square released a collaborative paper that advocated for Bitcoin as the key to a clean energy future, but critics have not found that report very convincing.)

Tesla’s preconditions to accept Bitcoin payments could prove to be an inevitability in mining, since it is hardly just Tesla asking for them.

Cambridge's mining map shows that in the wake of China’s massive crackdown, a considerable segment of the mining industry has already moved towards cleaner energy sources. And although alternative, greener solutions like stranded energy—the energy left behind after a fuel is used like wasted coal—are nothing new, North America now accounts for almost 17% of all Bitcoin mining, according to Cambridge in April. (And Compass Mining CEO Whit Gibbs claims 50% of North American mining comes from renewables, though it's unclear how he arrives at that figure, and a mining CEO has obvious inclination to say mining is getting greener.)

But in an industry where miners stay competitive by sourcing the most cost-effective energy solutions, the long-term focus to further accelerate environmentally conscious efforts while reaping the most profit may present itself in stranded renewables.

In an interview with CNBC, Mike Colyer, CEO of crypto mining company Foundry, confirmed Beijing’s heavy-handed approach to force miners into friendlier jurisdictions with cleaner, cost-efficient resources has been a big plus for Bitcoin. “Miners around the world are looking for stranded power that is renewable,” Colyer said. “That will always be your lowest cost. Net-net this will be a big win for Bitcoin’s carbon footprint.”

One of the many companies leveraging this greener rollout with stranded renewables is Canadian company Blockstream.

As evidenced by a steady proliferation of initiatives in the green energy sector—like its $5 million investment from Square to build a solar-powered Bitcoin mining facility, and its partnership with Seetee (a new subsidiary of Aker)—Blockstream is pushing for Bitcoin mining that utilizes renewable energy like solar, wind, and hydroelectric power otherwise trapped in remote locations where there is little demand for the energy.

Although regions like North America are experiencing an influx of mining companies, until the world verifies where most miners set up shop following the departure from China, questions remain around the practical utility of stranded renewables for Bitcoin mining at scale. But the progress already made is encouraging.

As Dorsey asked during the B-Word event, “being able to get that energy and convert it into a secure, sound money system for the planet feels like a worthy trade-off and feels like the most powerful incentive. But how do we reuse what is currently being dumped on the ground, wasted, and considered, and how do we do that at scale? That’s a bigger conversation that’s missing.”


This post first appeared on Passive Income With NFTs, please read the originial post: here
People also like
The Mysterious and Majestic Atacama Desert: A Guide to Visiting this Unforgettable Place
8 Steps You Can Take to Empower Your Workforce
Oasis Space – Heavy Duty Walkers
10 Best Ethereum Mining Calculator Based on GPU
Therapeutic Botox Is Among Top Solutions For MS-Related Bladder Leaks

Is Bitcoin Mining Finally Getting Greener?