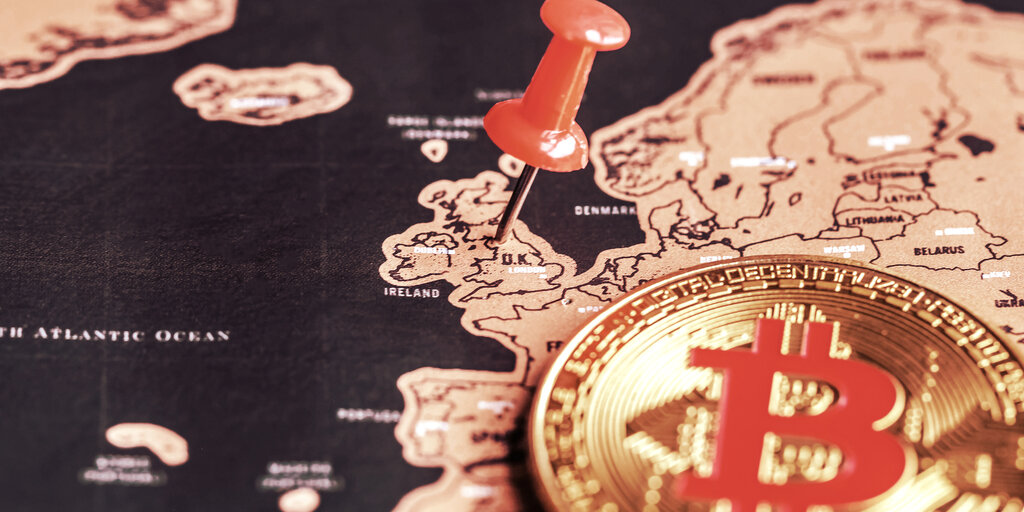 While British regulators and banks have been generating wave after wave of anti-crypto headlines lately, their intention may actually be quite the opposite.

On Thursday, Sawyer joined Matthew Aaron of The Decrypt Daily podcast to discuss the latest wave of crypto-related crackdowns in the U.K.

Compliance as an afterthought

In late June, the Financial Conduct Authority (FCA), Britain’s top financial watchdog, announced that Binance can no longer operate in the U.K. since Binance Markets Limited (the exchange’s English branch) hadn’t registered with the regulator.

Instead of registering, however, Binance joined a long list of crypto companies that simply shuttered a portion of its services to British citizens.

The FCA has received around 200 applications for licenses from various crypto firms lately, but 180 of them, including Binance, ultimately withdrew their requests, according to Sawyer.

Binance CEO Hints at Hiring His Own Replacement as Regulators Circle

“So what that is showing is the regulation is causing organizations to think about whether they want to operate within that jurisdiction. What is the cost—or the hassle effectively—of going through your customers and making sure they've got AML/KYC,” said Sawyer. “It is a burden on companies. We think it's the right burden to have, but it is a burden. And you can see why organizations go.”

One of the main reasons for such a mass withdrawal could be that many crypto-related firms didn’t have sufficient know-your-customer (KYC) and anti-money laundering (AML) procedures in the first place and suddenly had to catch up in order to be compliant.

As an example, Sawyer pointed to his own company, Bitstamp, which ostensibly has built its business model to be compliant from the ground up. Consequently, the exchange’s customers had to undergo KYC/AML procedures from the very beginning, otherwise, they couldn’t use the platform.

“If you've never done any of that because you have a very different approach to compliance, you're going to have thousands of customers where you need to then start reaching out to them, getting them after they've started trading, after they've opened the account, and getting these AML and KYC,” Sawyer explained.

And this process is “really, really expensive,” he added, because existing customers aren’t really motivated to undergo stricter verification procedures when they are already using a service.

Traditional financial institutions are taking a similar stance. For example, major British banks, such as Santander and Barclays, have recently blocked payments to Binance to “keep your money safe.”

However, this does not mean they are “anti-crypto” in general, Sawyer argued.

At the same time, recent crackdowns have also demonstrated that regulators might not have “all the teeth they require to ensure that they are providing protection for U.K. customers,” Sawyer noted.

This is because while the FCA can ban an exchange such as Binance from operating in Britain, it can’t bar U.K. residents from accessing the exchange’s global platform.

After banning Binance Markets Limited specifically, the FCA clarified that “UK consumers can continue to interact” with the Binance Group as a whole.

“Just because the exchange is not regulated in the U.K. as a U.K. entity, it doesn't stop you as a customer in Europe,” Sawyer explained.

“I think this is the beginning of a continued story about those that are good actors and those that aren't, and understanding what does it mean if you trade in one or the other. Because there are some big implications for this,” he concluded.


This post first appeared on Passive Income With NFTs, please read the originial post: here
People also like
A Guide To Visiting Antigua, Guatemala: The Best 5 Things To Do And See
Useful Tips for Building a Stronger Company Culture
UNice Hair – $100 Flash Sale