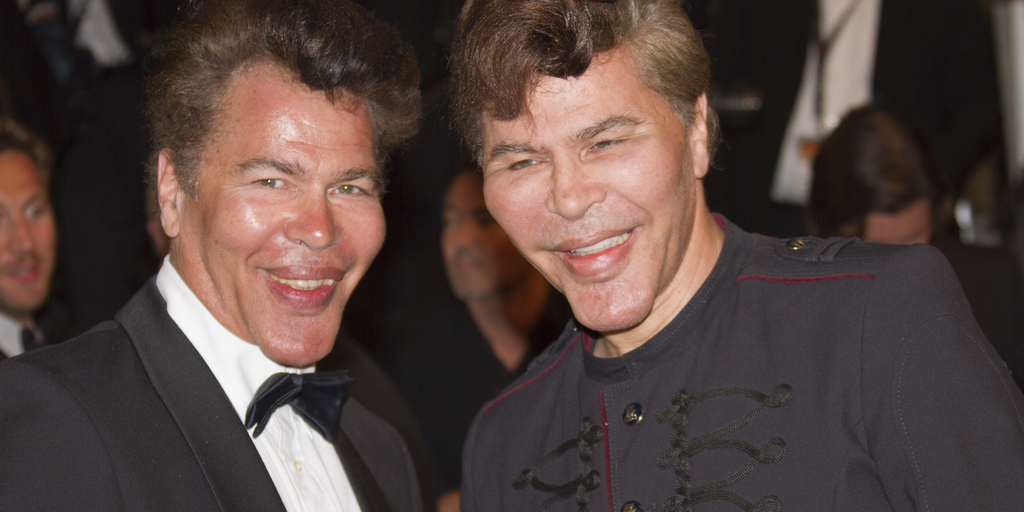 French TV personalities and former theoretical physicists Igor and Grichka Bogdanoff claim they knew of Bitcoin inventor Satoshi Nakamoto and were involved with the creation of the cryptocurrency.

“Igor and I, as mathematicians, were able to participate in the elaboration of some of the source code, especially the ‘predictive code’,” said Grichka Bogdanoff on French TV show Non Stop People on July 1, who expanded on his claims on L'Heure des Pros on July 7.

In the early 90s, the two brothers said they worked with François Mizzi, the inventor of the touchscreen, whose lab included a Japanese scientist, Soïtchiro Shimoda, who was “someone close to the mythical person or a group of people” called Nakamoto. The Bogdanoff Twins said they would often discuss ideas about a digital currency with Shimoda, though they didn’t specify any details.

What if Satoshi Nakamoto suddenly returned?

The Bogdanoff Twins also claimed that Nakamoto gave them two “ancient Bitcoins” in “physical form” when Bitcoin was created in 2008.

Hellmouth Banner, editor-in-chief of French crypto media outlet Journal du Coin, told Decrypt that these claims should be taken with a pinch of salt since, “in terms of credibility, [the twins] are equivalent to a scientific version of the Kardashian family.”

Who are Grichka and Igor Bogdanoff?

Physicists by training, the Bogdanoff twins rose to prominence in France as hosts of science education show XTemps during the 80s. These days, they're treated as socialites rather than scientists.

“Their atypical look and their often offbeat and original statements make them good recruits to attract audiences,” Banner said. They have been the subject of many controversies over the years, including disputes about the veracity of their academic credentials and a recent court case alleging that they scammed a bipolar millionaire.

Despite the bold claims about their involvement with Bitcoin, the twins’ passing mention of their investment in Ethereum has attracted even more attention.

There is, after all, a long-standing meme that the twins are able to control the market.

The rise of a conspiracy-meme

The brothers became a running gag in crypto following a series of parody videos in 2018 by the YouTube channel Bizonacci, which portrayed the Bogdanoffs as omnipotent market actors who conspire against an average crypto trader.

“Get Vitalik on the line,” one Bogdanoff orders in the video. “Pump Ethereum for two hours and then wake him up,” he tells an obeying Vitalik Buterin, Ethereum’s co-founder. Once the trader FOMOs into Ethereum, Bogdanoff orders the market to crash, and it crashes.

The popularity of the Bogdanoff meme follows an online trend that began in 2015 when a Reddit user posted a photo of the twins in the subreddit r/wtf, with the title “How do they think is attractive?!” in reference to what looks like botched plastic surgery.

In 2017, an anonymous 4chan user posted a made-up list of conspiracy theories about the Bogdanoff brothers, such as direct contact with aliens, the ability to control the French prime minister and “evidence which suggests that the Rothschilds are operating under their supervision.”

The conspiracy meme was best captured by a photo of Grichka Bogdanoff speaking on the phone. And that photo, said the Bogdanoff twins on July 1, will become an NFT soon.

"It is probably Nakamoto who made [the photo] circulate,” Igor Bogdanoff nonchalantly suggested. That photo was “in all blockchains between 2010-2012,” and it’s been downloaded more than 1.3 billion times, he claimed.

“Anyone with two hours of crypto culture can see that it's a bunch of improvised nonsense,” said Banner. But the Bogdanoffs have access to the entire Parisian intelligentsia, he added, so if they were to launch a crypto project, it could well be a success.

During the interviews, the Bogdanoff twins also announced they would launch a cryptocurrency called Exo-Coin. They didn’t share details, but if the conspiracy theories are anything to go by, the mighty Bogdanoffs will force their way to victory.

Andreas Tsamados and Jefferson Kernel contributed to this report.