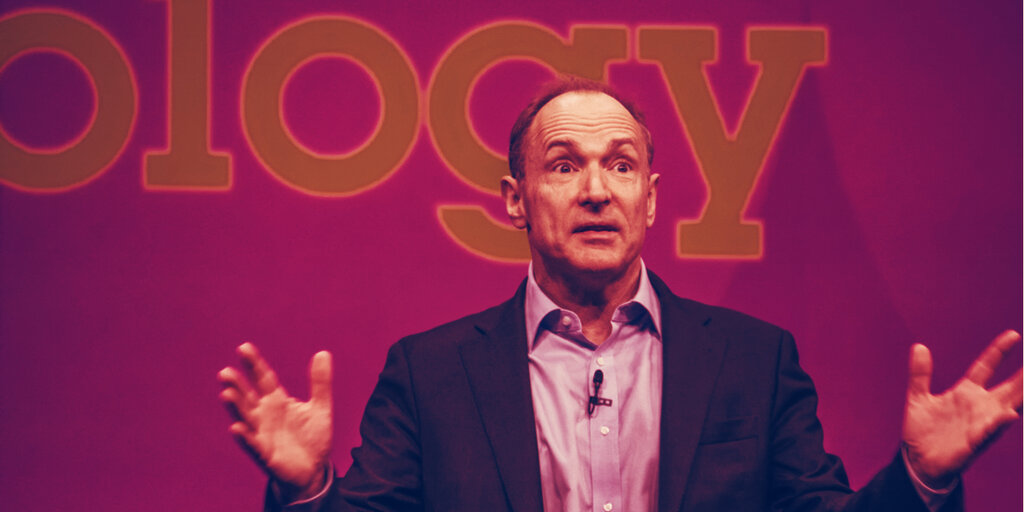 World Wide Web inventor Tim Berners-Lee has auctioned off the 30-year-old source Code of his invention as a non-fungible token (NFT) for $5.34 million at Sotheby’s.

NFTs are blockchain-based crypto tokens that prove ownership of a digital or physical asset. Berners-Lee has described NFTs as “the latest playful creations in this realm and the most appropriate means of ownership that exists.”

The NFT, titled "This Changes Everything," relates to four items. The first is a collection of time-stamped files containing the source code for HTML, HTTP and URIs—the three fundamental languages and protocols that Berners-Lee wrote in the early 1990s.

The others are a silent, half-hour video of someone typing up the code on a black screen; a digital poster of the code signed by Berners-Lee’s; and a letter, dated June 2021, from Berners-Lee that reflects on his experience creating the code. Since the source code to the web is open source, all the NFT buyer really owns is the artististic NFT package that Berners-Lee designed.

“I’m not even selling the source code,” Berners-Lee said in an interview with The Guardian published last week. “I’m selling a picture that I made, with a Python program that I wrote myself, of what the source code would look like if it was stuck on the wall and signed by me."

Sotheby’s launched the auction on June 23, for one week, with the minimum bidding at $1,000. The proceeds from the sale will be donated to initiatives supported by Berners-Lee and his wife, Rosemary Leith, via the World Wide Web Foundation.

Sotheby’s entered the NFT market in March via a partnership with the Winklevoss-owned crypto art marketplace Nifty Gateway, when it auctioned a piece of art by Turkish 3D artist Murat Pak for $17 million. Earlier this month, the auction house sold a CryptoPunk NFT for $11.8 million to DraftKings’ largest shareholder, Shalom Meckenzie.

How come so many Christians don’t rea…
Vigilante: The spiritual successor to…
E-Win – Tax Refund Sale: Up to 20% OF…
5 Tips for Successful HR Project Mana…
10 Attractive Circle Beard Styles & H…


This post first appeared on Passive Income With NFTs, please read the originial post: here
People also like
How come so many Christians don’t really know God?
Vigilante: The spiritual successor to Kung-Fu Master
E-Win – Tax Refund Sale: Up to 20% OFF
5 Tips for Successful HR Project Management
10 Attractive Circle Beard Styles & How to Get Them