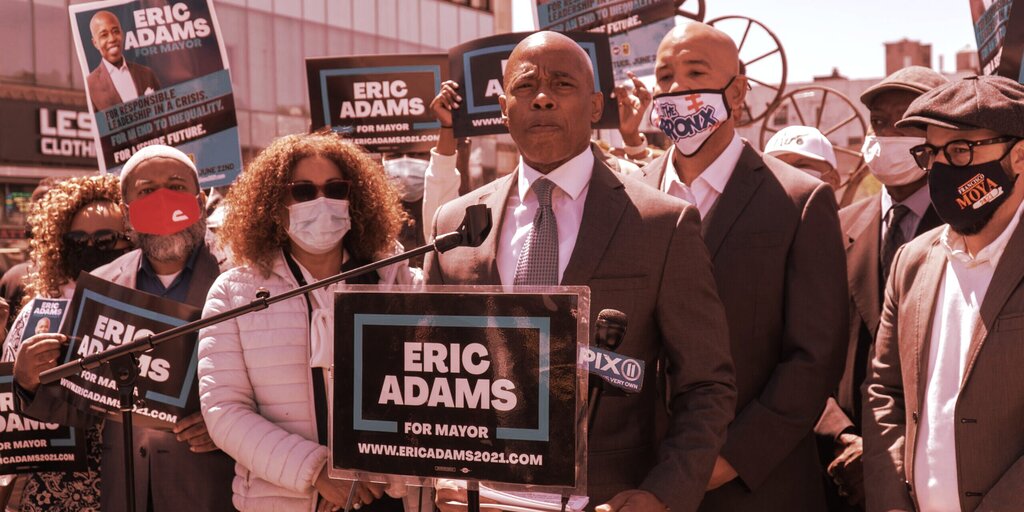 The in-person voting date for New York City’s mayoral primaries was this past Tuesday, but a substantial number of mail-in ballots means the official outcome won’t be known for weeks.

Adams says New York has "lost its mojo" and invokes Bitcoin and crypto-currency, along with vertical farming. He says people today are waking up with a "different strut"

Miami Mayor Wants City to Be Crypto Capital of the World

He made a similarly hand-wavy comment about inviting new technologies to the city in 2015. "I want Bitcoin,” he said at an event. “I want Airbnb. And I want marijuana dispensaries."

Most of the Democratic candidates for mayor have been quiet on the subject of cryptocurrency (there are, needless to say, bigger municipal fish to fry); the one who’s said the most has been Andrew Yang, the one-time presidential candidate who ended his mayoral campaign on Tuesday evening after a poor showing.

In February, Yang tweeted about wanting to make New York City “a hub for [Bitcoin] and other cryptocurrencies.”

Top 10 Things to do in Panama, Where …
Vigilante: The spiritual successor to…
What would happen to a modern-day Mos…
Kim Kardashian Breaks Down in Tears A…
The Book Depository – Where the Crawd…


This post first appeared on Passive Income With NFTs, please read the originial post: here
People also like
Top 10 Things to do in Panama, Where to Stay, Important Things You Need to Know
Vigilante: The spiritual successor to Kung-Fu Master
What would happen to a modern-day Moses in America?
Kim Kardashian Breaks Down in Tears After Kanye West Recovers Sex Tape Footage From Ray J
The Book Depository – Where the Crawdads Sing
Top Sites Where to Buy Bitcoin in Australia