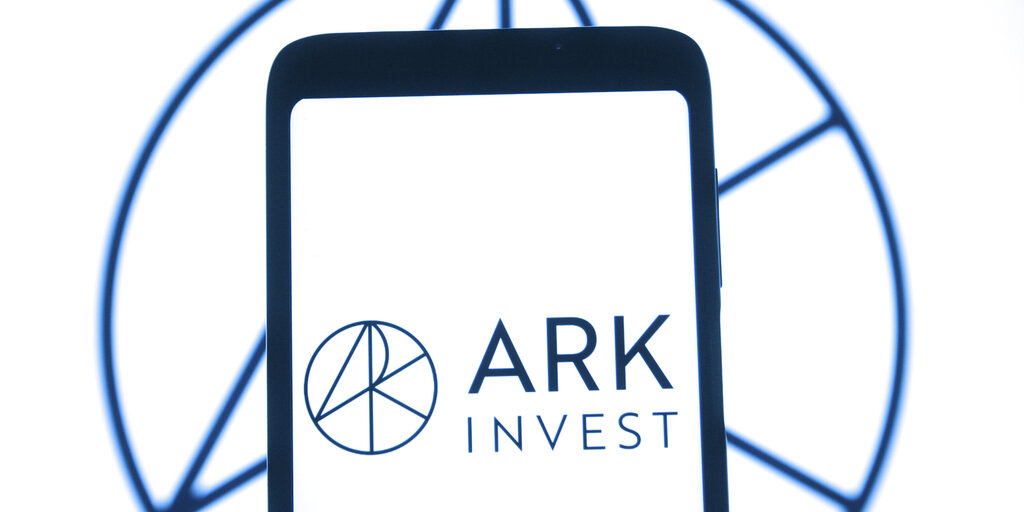 According to data shared by the investment firm, the addition of 1,046,002 shares of GBTC was made through ARK Next Generation Internet ETF (ARKW), one of the company’s six actively managed funds.

Tuesday's purchase brought ARKW’s total holdings of GBTC to almost 8.6 million shares worth $238.9 million. With a weight of 3.99%, GBTC is the seventh-largest holding in the fund, which is topped by Tesla, Shopify, and Twitter.

GBTC, which currently commands $21.9 million in assets under management, is the oldest and largest crypto fund launched by New York-based firm Grayscale Investment. It offers investors SEC-regulated exposure to Bitcoin, tracking the price of the benchmark cryptocurrency. One GBTC share currently trades at $28.96.

Since Tuesday, Bitcoin has somewhat recovered, changing hands at $34,000 at the time of writing.

On Tuesday, in a purchase worth nearly $50 million, ARK Invest also added 214,718 shares of cryptocurrency Coinbase to its ARK Innovation Fund (ARKK). The fund now holds over 3.6 million shares in the cryptocurrency exchange worth more than $820 million.

ARK Invest was among the first to buy Coinbase stock after Coinbase debuted on the Nasdaq in April this year.

Wood, who last month joined the board of crypto technology platform Amun Holdings, is known as a vocal supporter of Bitcoin and sees it going to $500,000 in the long-term.

Earlier this year, she said that Bitcoin is a new asset class that could one day even serve as a reserve currency.


This post first appeared on Passive Income With NFTs, please read the originial post: here
People also like
64 Awesome Things to Do in Costa Rica, Where to Stay, Know Before You Go
Top 3 Shaving Cream Warmers (Dispensers): Expert Review
8 Steps You Can Take to Empower Your Workforce
10 Best Ethereum Mining Calculator Based on GPU