Dogecoin Ain't Dead Yet: Price Rises 20% After Weeks of Struggle 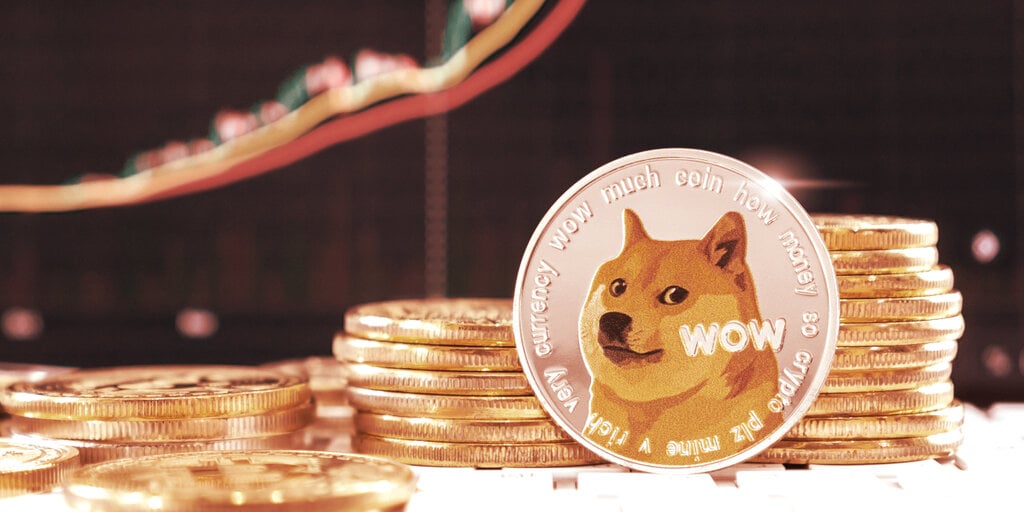 The price of joke-turned-serious cryptocurrency Dogecoin is on the up after weeks of its investors taking losses. Elon Musk’s favorite coin was today trading at $0.23—up over 20% in the past 24 hours, as per CoinGecko data.

Dogecoin, which was invented in 2013 as a joke but now is the sixth biggest crypto with a market cap of over $30 billion, had taken a real beating. It had high hopes after a Coinbase listing earlier this month but, along with other altcoins, continued to shed value, dropping 15% in one night this week.

But today, with the rest of the market, it seems to be making a comeback: it is the best performing altcoin in the past 24 hours—and by a large margin. Ethereum, for example, is today up only 3%, still trading under $2,000. Bitcoin, meanwhile, is up 2.5% and back above $33,000.

Musk, who frequently talks about cryptocurrency on Twitter, is partly responsible for the rise of the meme coin. The tech entrepreneur has influenced the coin’s wild price swings by pumping it on the social media platform with light-hearted tweets.

Dogecoin was created in 2013 by developers who wanted to make fun of Bitcoin. Based on a popular internet dog meme, the coin was practically worthless over a year ago. It’s currently up nearly 10,000% in the past year.

Some have even made serious money from the project. One man, Glauber Contessoto, made headlines when he became a millionaire from investing all his savings in the asset. (That millionaire status has since been lost as he refused to cash out.)

Dogecoin Dev Ross Nicoll: What It's Like Working With Elon Musk

One of the developers behind Dogecoin, Ross Nicoll, said in an exclusive interview with Decrypt last month that the development team is now working on making the coin a Bitcoin rival. They hope it will be quicker, cheaper and more environmentally friendly.

Ancient Gods: History of the World
How and Where to Buy HXRO Token – An …


This post first appeared on Passive Income With NFTs, please read the originial post: here
People also like
Ancient Gods: History of the World
How and Where to Buy HXRO Token – An Easy Step by Step Guide

Dogecoin Ain't Dead Yet: Price Rises 20% After Weeks of Struggle