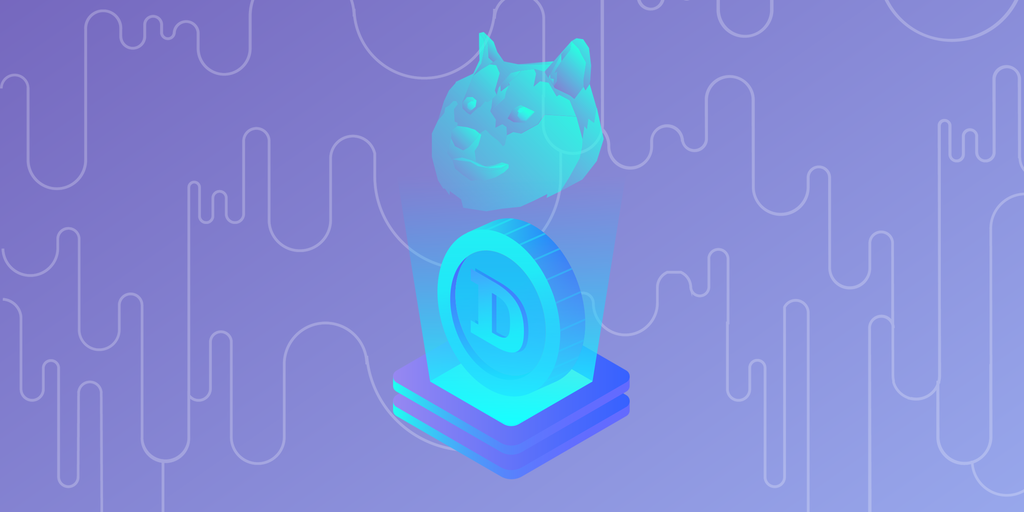 Influencers have always featured prominently in cryptocurrency culture, but never more so than recently. When Elon Musk threw his weight behind the original meme cryptocurrency, Dogecoin, it sparked a wave of imitators, promoted by influencers on social media platforms such as TikTok.

Some call investing in meme coins insanity, others think of it as a cheap bet with the potential to realize 1000% profits. Whoever’s right, interest in meme coins or Tokens has surged in recent months. Here's the lowdown.

What are meme coins and tokens?

Typically, a meme coin has no inherent value, and often no utility. As the name implies, these cryptocurrencies are often—but not exclusively—themed around Internet memes: jokes and images shared on social media.

The original meme coin, Dogecoin (DOGE), is based on the long-running Doge meme, which originated with a picture of a Shibu Inu dog. It runs on its own blockchain, and as such is distinguishable from Meme Tokens, which run atop an existing blockchain.

Two of the most popular meme tokens are Doge-imitator Shibu Inu (SHIB), an ERC-20 token built atop Ethereum, and SafeMoon (SAFEMOON), which runs on Binance Smart Chain. But there are dozens more.

There are over 80 meme coins and tokens listed on price aggregator CoinMarketCap. Many are Dogecoin imitators, and many others reference Elon Musk—either positively or negatively.

How have meme tokens become so popular?

Since Dogecoin was launched in 2013, it’s become much easier to create a cryptocurrency, and meme tokens can be launched rapidly on the back of events, or become popular due to their associations with influencers.

Doge has dogs & memes, whereas the others do not

For example, in May 2021, Facebook CEO, Mark Zuckerberg posted a picture of his pet goats captioned “My Goats: Max and Bitcoin.” Soon afterward, a meme token called Aqua Goat saw its value increase by around 300% within hours of the social media post.

When Elon Musk tweeted that if there was ever a scandal about him, it should be coined “Elongate,” an ELONGATE token was launched within an hour. Mercenary motives? Perhaps, but, to date, the developers claim to have donated $3 million of their profits from the rise of the token to charity.

How do you buy meme coins and tokens?

As the leading meme coin, Dogecoin is available on a wide variety of crypto exchanges including Coinbase, Binance and Kraken.

Meme tokens tend to be available on a more limited range of exchanges. Shiba Inu, for example, can be traded at Binance, Crypto.com and KuCoin, as well as decentralized exchanges (DEXs) such as Uniswap. A listing on Coinbase Pro has been temporarily delayed as of June 2021. Safemoon, being based on Binance Smart Chain, can be traded at Binance and on BSC-based DEXs such as PancakeSwap.

Often, when they are first launched, meme tokens are given away. Many small-cap meme tokens are only available on DEXs like PancakeSwap, and can only be purchased with other cryptocurrencies.

How are meme coins and tokens different from other cryptocurrencies?

All cryptocurrencies rely on a strong community and influencer support. But meme tokens have gained popularity due to their disproportionate association with influencers, especially Elon Musk. The Tesla chief needs only to tweet about a topic, such as Baby Shark—based on a popular children’s song—to send the price of related meme tokens soaring.

Meanwhile, meme token developers use publicity stunts to drive up the price. The team behind Shibu Inu coin decided to give half of all SHIB tokens to Ethereum co-founder Vitalik Buterin. But he foiled their plan when he dumped the tokens (giving the proceeds to charity), asking that projects not give him coins without his consent and stating that "I don't want to be a locus of power".

Meme tokens comprised around 2.8% of the crypto market cap in mid-June 2021, and the sector is worth over $38 billion, according to one aggregator. But wild price swings are not unusual.

Typically, meme cryptos have a huge circulating supply—often in the quadrillions.

What are the most popular meme tokens?

CoinMarketCap lists the three most popular meme coins and tokens as Dogecoin, Shibu Inu and Safemoon (June 2021.) Here’s a quick snapshot of each.

Dogecoin was invented by developers Jackson Palmer and Billy Markus. It started off as a joke, but it's become a serious proposition since Elon Musk began championing it in 2019.

The dog-themed crypto has seen its value soar in recent months, hitting a market cap of $9 billion at its peak in January 2021.

Musk is now working with Doge developers to improve the platform, optimize it as a means of paying for goods and services, and reduce its carbon footprint.

Shibu Inu was launched in April 2021 as an “experiment in decentralized spontaneous community building” and swiftly increased in value by over 2,000,000% before reaching an all-time high in early May.

What Is Shiba Inu (SHIB) and Why Is the Dogecoin Rival's Price Exploding?

The token benefited from the attention received by Dogecoin, particularly when Elon Musk appeared on SNL last month, prompting a DOGE selloff after he apparently branded the coin a “hustle.”

SHIB has a total supply of one quadrillion and is designed to allow users to hold billions or even trillions of tokens. Still, analysts have warned that it would need to climb about 12 million percent to hit its magic target of $1.

SafeMoon seeks to improve on Dogecoin’s tokenomic model. Unlike Bitcoin, which has a limited supply of 21 million coins, potentially, there’s an infinite supply of Dogecoin, giving it what’s known as an inflationary tokenomic model.

What Is SafeMoon and Why Are So Many People Talking About Its New Wallet?

To remedy this, SafeMoon employs a deflationary tokenomic model. It means that every time a Safemoon transaction takes place, 5% of it is burned and a further 5% is redistributed to the remaining token holders. Therefore, the total supply of tokens is designed to constantly decrease, ensuring “safe” gains and less inevitability in respect of bubbles.

What are the dangers of meme tokens?

Not everyone sees the funny side to Dogecoin and its ilk. Thailand’s regulator ordered exchanges to delist meme tokens in June 2021, alongside NFTs and fan tokens.

There's also the ever-present danger of "rug pulls"—when developers hold a bunch of coins, get people to buy in, and then dump their coins. That causes the market to plummet, while they escape with their booty. Even experienced investor Mark Cuban has been a victim.

One way to mitigate the risk of rug pulls is to only buy coins and tokens that are vetted, audited, or have some sort of reliable third-party oversight.

Relying on crypto influencers to shill the next coin seems a fickle enterprise. But the ultimate success of individual meme coins and tokens is dependent on the strength of their communities, and influencer culture is not going away.

Inevitably, barring regulatory crackdowns (such as Thailand's), the crop of meme tokens looks set to expand, as the tools to make them become ever more accessible. Meme.com, for instance, is a new marketplace where users can compare meme cryptocurrencies and mint their own “memetic tokens”, whose worth will be based on the perceived value of trends or memes they represent.

Backed by nothing, a $38 billion asset has been memed into existence.