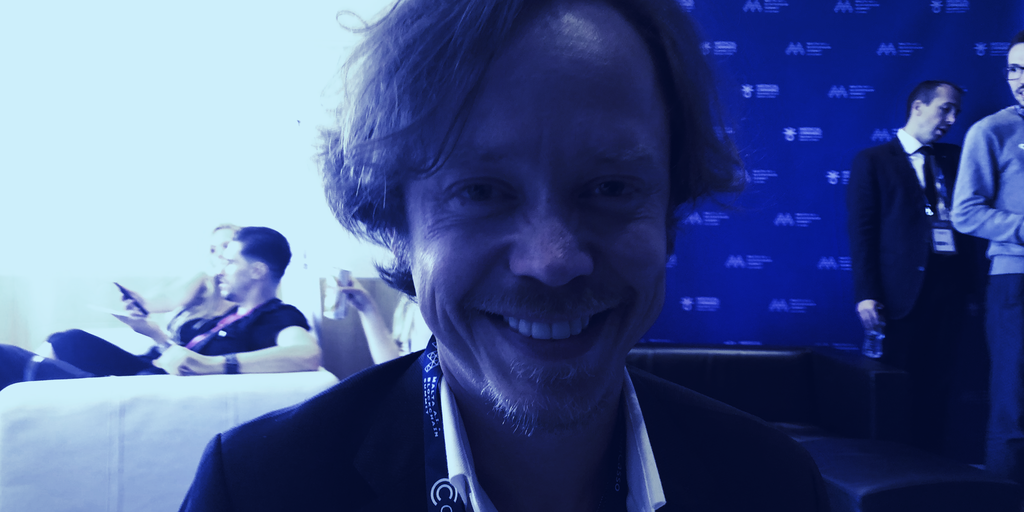 Editor's note: This article has been updated to include mention of Justin Newton's copy of Noticia that bears Brock Pierce on the cover.

One of the odd things about Bitcoin is that, as a decentralized network, it is very difficult to lobby for it in any “official” capacity. Bitcoin has no CEO, the pseudonymous founder has been missing for a decade and the network’s users share no unifying aim.

It’s strange news, then, that Brock Pierce, the chairman of the Bitcoin Foundation and former co-founder of Block.one, claims to have led an “official delegation of Bitcoin ambassadors” to El Salvador this week.

In a trip organized by the El Salvadoran Ambassador to the US, Milena Mayorga, Pierce carried the flag on behalf of hundreds of thousands of anonymous users, few of whom have declared him their representative, and planted it firmly in the Central American country, where President Nayib Bukele recently declared Bitcoin as legal tender.

“Very honored to lead this official delegation of Bitcoin ambassadors to El Salvador to educate the government about how Bitcoin, Blockchain and technology can create a brighter future for everyone in their nation,” Pierce tweeted on June 16.

Pierce said his visit wasn’t the first “official” Bitcoin visit, but the first to visit El Salvador in an official capacity since the start of Covid lockdowns.

Is Blockchain Capital trying to scrub co-founder and Mighty Ducks star Brock Pierce from its history?

His use of “official” drew a whole lot of hate online. Pierce said that it referred to “an official formal delegation of members of the ecosystem to meet with the government of El Salvador.”

The hate didn’t stop, so Pierce backtracked a day later, calling it a “poor choice of words due to the reaction of some.” However, he maintained that “we can all be evangelists, advocates and ambassadors.”

Pierce further angered his Twitter following today when he tweeted a picture of him and President Bukele on the front page of New York-based Spanish-speaking newspaper Noticia, alongside a blowout story about his trip on page 8.

The visit to El Salvador by the delegation has made world wide news.
We’re making history. pic.twitter.com/VpkAA0ac3E

“The visit to El Salvador by the delegation has made world wide news. We’re making history,” he wrote in his tweet.

The thing is, none of the editions of Noticia—not the Long Island, Suffolk or Nassau edition—covered Pierce’s visit. The front-page picture is of a doctor vaccinating a boy. Pierce’s visit was covered by a local newspaper of a similar name, La Noticia SV, but this had nothing to do with the newspaper on which Pierce claimed to have made front-page news. Pierce could not be reached for comment by press time.

Justin Newton, CEO of Nekti, who attended the meetings with Pierce, tweeted that he picked up a copy of a Noticia with Pierce on the front and with the article in question on page 8 in the lobby of his hotel in El Salvador.

Pierce's election to the chair of the Bitcoin Foundation in 2014 was not uncontested. Several members of the foundation resigned in protest over allegations of his “past behaviour that involved drugs and sexual misconduct.”

Brock Pierce Served With Lawsuit at Own Campaign Event

Pierce, a former child TV star, used to run the Digital Entertainment Network before it went bankrupt in 2000. Employees of the video production company alleged that Pierce had pressured them for sex when they were minors.

Pierce has denied these claims; two of the suits were dropped, according to Reuters, and Pierce reportedly paid $21,000 to settle another.

Top Sites Where to Buy Bitcoin in Aus…
$4M settlement deal reached in police…
CHECK OUT: Sidney Poitier & His Trail…
Ingrown Facial Hair: How to Prevent &…
How Real Estate Companies Are Growing…


This post first appeared on Passive Income With NFTs, please read the originial post: here
People also like
Top Sites Where to Buy Bitcoin in Australia
$4M settlement deal reached in police death of Manuel Ellis
CHECK OUT: Sidney Poitier & His Trailblazing Contemporaries Trailer – They Gave Triple O.G. His Own Film Festival #WhoNeedsFlowers #Respect
Ingrown Facial Hair: How to Prevent & Get Rid of It For Good
How Real Estate Companies Are Growing With Blockchain Technology?
Enjify – Destiny 2 videogame offers