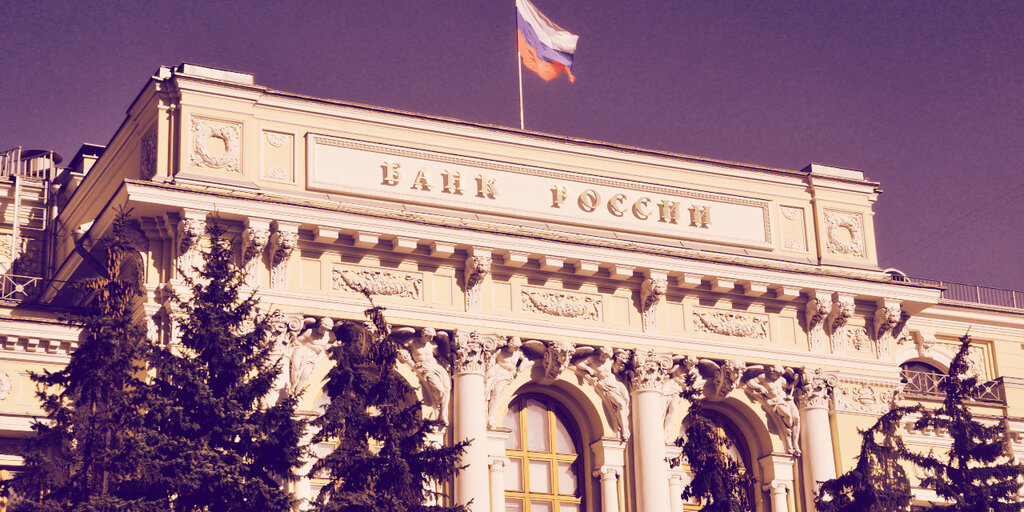 “There’s no mechanism for us to offer that product to them in Russia at the moment because the central bank has got this very tough position,” Hughes told CNBC during the St. Petersburg International Economic Forum yesterday.

At the same time, he acknowledged that the central bank’s concerns about crypto being used for money laundering are relatively reasonable. Digital assets could present significant financial risks for retail traders “who see cryptos glittering at the moment and maybe make poor investment decisions,” he said.

This is not the case with professional qualified investors, he argued. He hopes that the sector will eventually resolve the central bank’s concerns around money laundering and protecting investors.

Speaking to Decrypt, lawyer Nikita Soshnikov, a former director of the CIS office of multinational law firm Deloitte and the CEO of crypto exchange Alfacash, explained that while cryptocurrencies are not illegal in Russia—although outlawed as a payment method—there are indeed several concerns policymakers need to account for.

“I think the central bank’s tough position can be explained, first of all, by the new guidelines regarding suspicious transactions—including cryptocurrencies—which may serve as a basis for suspension of a bank account,” he noted.

Additionally, no provisions of law currently exist in Russia that can be used to regulate and tackle money laundering via cryptocurrencies, Soshnikov added.

He echoed the Russian central bank’s concerns, stating a clear absence of any mechanisms to protect investors, especially unqualified ones.

Editor's note: This article's headline was updated after publication for clarity.


This post first appeared on Passive Income With NFTs, please read the originial post: here
People also like
What would happen to a modern-day Moses in America?
5 Tips for Successful HR Project Management
9 Best Pubic Hair Trimmers for Safe & Painless Grooming
The Best Unicorn Piggy Bank For Kids And Adults To Save Money
USDA Announces Intent to Establish Subcommittee on Rural Community Economic Development for its Equity Commission
Top 10 Chinese Crypto Exchanges in 2022