Dogecoin Price Jumps 30% After Coinbase Says It Will List Token 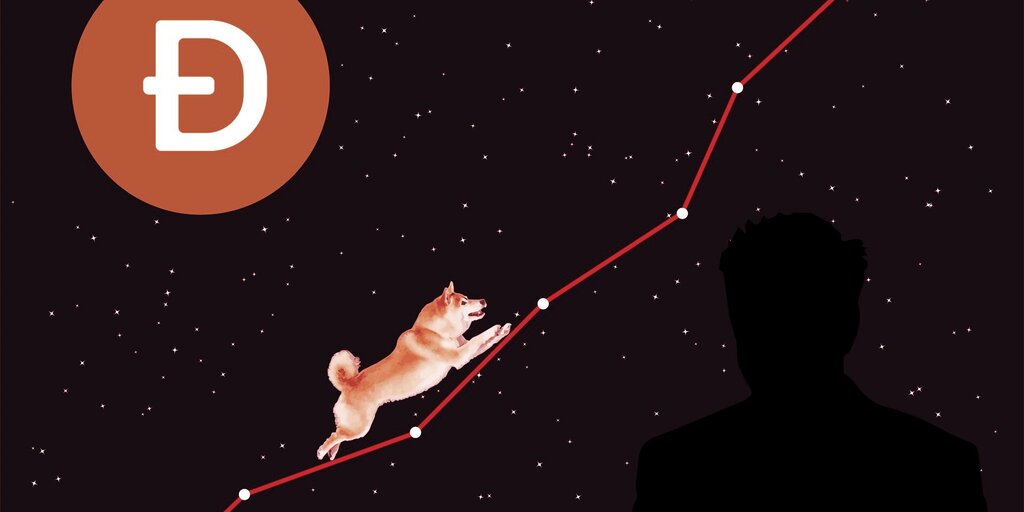 Cryptocurrency prices have been down in the dumps the last few days, especially Dogecoin.

But U.S. crypto exchange Coinbase's announcement today that it will soon allow trading of the fourth-largest token by market cap has revived Dogecoin's fortunes.

DOGE, which traded for as low as $0.38 at one point on Thursday, is now going for $0.50 across exchanges where it is listed, including Binance, FTX, and Kraken.

Coinbase's listing of the token—slated for the next "4 to 6 weeks," according to CEO Brian Armstrong on an earnings call—may cut into mobile trading app Robinhood's DOGE business. After chasing down Robinhood for several weeks, newly public Coinbase has overtaken it to become the fourth-most popular app on the Apple Store and the third-most popular Android download.

Robinhood, which markets itself as an easy-to-use app for purchasing stocks and cryptocurrencies, has benefited from Coinbase's reluctance to add Dogecoin, while also fueling demand for the token among crypto-curious retail investors; DOGE is one of just seven cryptocurrencies available on the app. (Dogecoin frenzies have also repeatedly caused Robinhood outages.)

Dogecoin is a joke token, created in 2013 in tribute to the Shiba Inu "Doge" meme and to parody the inherent absurdity of some aspects of crypto culture. For years, despite its low price of less than a penny, it stuck around as a sort of tip token, often used to funnel funds to charities.

But thanks in equal part to activist fans and to the Twitter account of Tesla CEO and Dogecoin superfan Elon Musk, Dogecoin began gaining traction as a speculative investment this year. Since the beginning of the year, it has increased in price by more than 4,800%, propelling it to a market capitalization above $60 billion. And that's no joke.

Its upward trajectory has come in a series of plateaus: first, when it consistently stayed in the $0.04 to $0.08 range from the beginning of February through early April. After that, it broke the $0.25 barrier. Speculators pinned their hopes of Dogecoin catapulting over the $1 mark when the "Dogefather" Musk hosted "Saturday Night Live" on May 8.

But the high-water mark of the token came two days before that appearance, when it reached nearly $0.69. Musk's performance prompted some large holders to cash out, driving the price down to $0.43. It's been struggling to get back in the days since.

Coinbase listing announcements have been shown to boost the price of cryptocurrencies over the short term. A March 31 report by Messari found, "After controlling for outliers, it remains evident that the Coinbase listing has the highest impact on price among exchange listings with an average five-day return of 29%. Taken at face value, these results suggest that exchange listings, especially Coinbase, more often than not lead to a boost in asset returns."

Dogecoin Price Jumps 30% After Coinbase Says It Will List Token