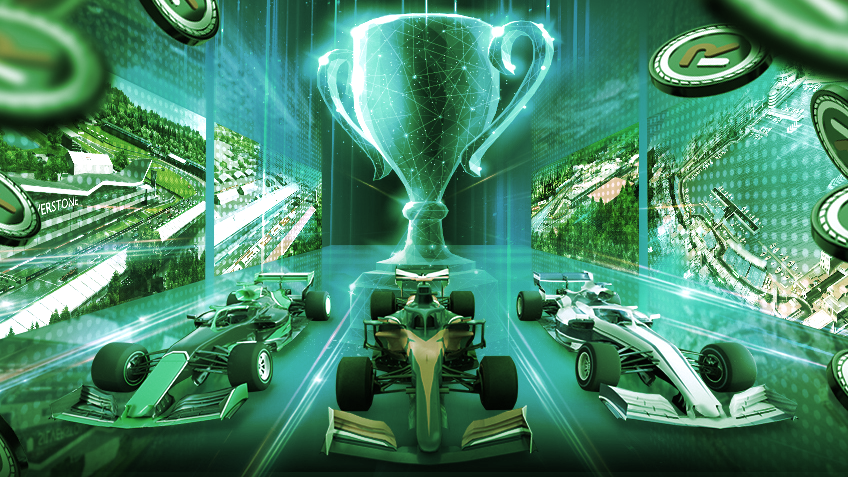 Animoca Brands, one of the most prolific drivers behind the rise of blockchain-based video games built around collectible non-fungible tokens (NFTs), announced today that it has raised $88,888,888 in new capital at a valuation of $1 billion.

The Hong Kong-based firm is not only the publisher of prominent upcoming crypto games like The Sandbox and F1 Delta Time—each with its own unique token and high-value NFTs—but has also invested in and partnered with other notable players in the emerging space.

The funding round included participants from both the traditional finance world and within the blockchain investment space, including Kingsway Capital, HashKey Fintech Investment Fund, RIT Capital Partners, Huobi, and the NFT-centric Metapurse.

Animoca Brands chairman and co-founder Yat Sui told Nikkei Asia that the funding amount was “deliberate,” given that the number eight signifies wealth and success in Chinese culture. According to a release, the firm will use the funding to continue growing as it launches games and supports its NFT ecosystems, as well as pursue additional acquisitions, investments, and licenses to build games around.

An NFT is a tokenized digital item that can be authenticated on a blockchain, and while the term encompasses things like rare artwork and trading cards, it also applies to functional items that can be used within supported video games. Ethereum-based games The Sandbox and F1 Delta Time are both major money-makers in the crypto gaming and NFT space, and neither game has fully launched.

The Sandbox, an open-world creation game that lets users build their own environments to monetize and share with the community, has made millions selling in-game “LAND” plots as NFTs—including more than $3 million in sales in February alone, more than all of 2019 and 2020 combined. The game also notched $5.9 million worth of LAND sales within a 24-hour stretch in April.

6,124 unique LAND owners in our community

2021 is the Year of the #Metaverse, do you own your piece of it yet? pic.twitter.com/FkesKgusKF

Meanwhile, F1 Delta Time has pulled in millions of dollars selling limited-edition digital Formula One cars and race “event segment” NFTs that allow owners to earn passive income when they’re played by other users. In April, Animoca Brands announced that it sold $9.28 million worth of NFTs in just three days across both F1 Delta Time and The Sandbox.

It’s been a busy week for crypto games and fundraising announcements. The aforementioned Sky Mavis announced a $7.5 million Series A funding round on Tuesday, which was anchored by celebrity investors Mark Cuban and Alexis Ohanian.

Beard Bib – Solution For Messy Groomi…
Dermstore – 15% off the most effectiv…
‘Cadbury Easter Egg Hunt’ Scam Circul…
NFTs: The Next Big thing for Business…
How technology is giving beauty indus…