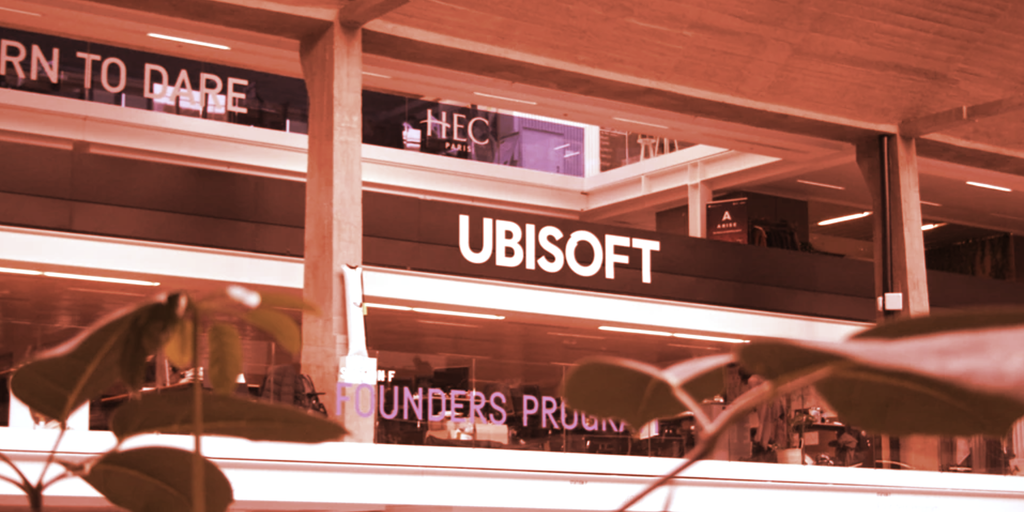 Gaming giant Ubisoft is the only major, traditional video game publisher that is deeply immersed in the blockchain scene. The publisher behind massive game franchises like Assassin’s Creed and Just Dance has not only released a couple of its own experimental crypto game projects to date, but also supports many startups in the space.

Ubisoft’s Entrepreneurs Lab accelerator program is one way that the publisher has helped boost the knowledge and visibility of such startups. The initiative has turned into something of a rite of passage for crypto game developers, with the creators of top blockchain-driven games like Sorare and Axie Infinity taking part in previous seasons.

Today, the publisher announced the latest batch of startups that will join the program for its sixth season, which will split into two different tracks: blockchain—which has been a core part of the program from the start—and “positive entertainment,” which includes startups creating games with educational or therapeutic aspects, for example. As before, Ubisoft will provide guidance to startups, sharing learnings and technology as teams develop and refine their products.

This season’s new blockchain-related startups are aleph.im, Crucible, Guild of Guardians, Horizon Blockchain Games, and NonFungible. Two of those startups develop actual blockchain-based games: Guild of Guardians is a mobile role-playing game (RPG) developed by Stepico Games and published by Immutable (Gods Unchained), while Horizon Blockchain Games is the team behind upcoming card-battler Skyweaver and creator of the Sequence wallet and developer platform.

Aleph.im, meanwhile, is a distributed cloud platform that can handle computing services, file storage, and other needs, and Crucible is a startup creating cross-platform user credentials that can be carried across multiple games in the developing, blockchain-driven metaverse. Lastly, NonFungible is a data and analytics platform focused on non-fungible tokens (NFTs), such as collectible artwork and in-game items.

The sixth season of the Ubisoft Entrepreneurs Lab is under way

Discover this season's startups based in positive entertainment and blockchain technology, and how we're helping them develop the entertainment of the future!

“Aleph.im is incredibly excited to learn from the team at Ubisoft, and look forward to further developing our platform under their guidance,” CEO Jonathan Schemoul told Decrypt. “There is a lot of great area of possible collaboration ranging from data storage and availability to non-fungible tokens and many more. We see it as an opportunity to achieve stronger and direct market fit, which will ultimately lead to larger traction on the network.”

As mentioned, some of crypto gaming’s top titles have participated in past seasons of the Ubisoft Entrepreneurs Lab. Fantasy soccer game Sorare took part in the program ahead of raising a $50 million Series A funding round this past February and riding the recent NFT boom with high-dollar digital card sales. Another Ethereum-based game, monster-battler Axie Infinity, has seen rising monster and in-game land sales as its player base and trading volume climb.

Ubisoft has lent its resources and backing to a number of projects, serving as a validator for Axie Infinity’s Ethereum sidechain, the Tezos blockchain, and EOS-based digital game store Ultra. The publisher also entered an advisory partnership with Planetarium, the creators of blockchain role-playing game Nine Chronicles. Aleph.im announced today that Ubisoft is now running a core channel node on its network, which is currently secured by 50 nodes.

Assassin's Creed Publisher Is Making The Next Generation Of NFT Games

Ubisoft has also released a pair of blockchain-based experiences itself, and both are collaborations with previous members of the Entrepreneurs Lab. Rabbids Token, launched in June 2020, is an NFT collectibles experience that raises money for UNICEF, and is based in part on technology developed by South African startup Wildcards. Meanwhile, March’s One Shot League is a spinoff of Sorare that uses the same in-game assets for a separate game built around Belgium’s Jupiler Pro League.

Back in March, Decrypt spoke with Ubisoft’s Nicolas Pouard, Blockchain Initiative Director at the publisher’s Strategic Innovation Lab. He explained that the Entrepreneurs Lab program gives Ubisoft exposure to top crypto startups for shared learnings and resources, which could benefit the publisher as it explores further blockchain games. According to Pouard, his team is exploring ways to bring more of Ubisoft’s massive franchises into the crypto space.

“It’s a think tank and a ‘do’ tank, as we like to put it,” Pouard explained to Decrypt. “Our mission is to anticipate the future and help Ubisoft to be prepared for it.”