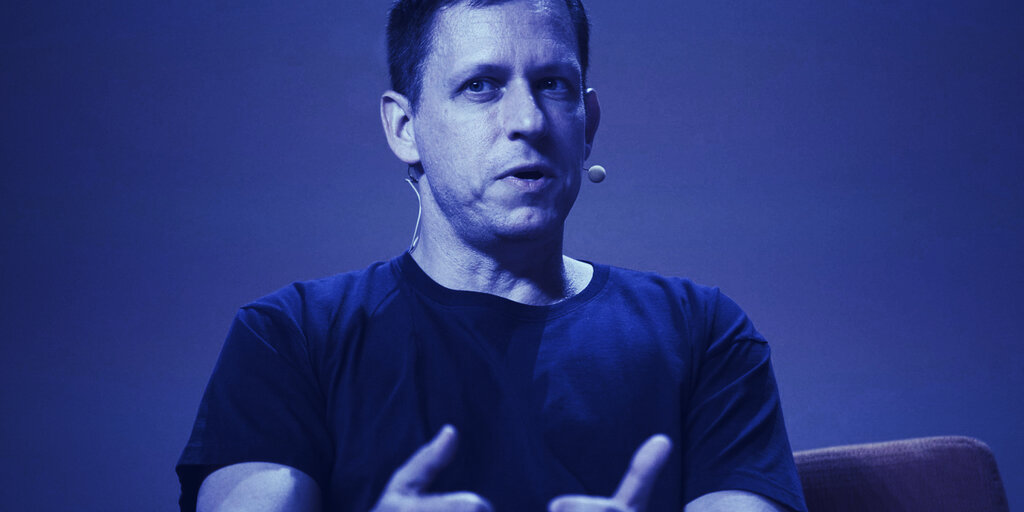 Speaking at a virtual event for the conservative Nixon Seminar, PayPal co-founder and venture capitalist Peter Thiel opined openly on whether China is set to win a financial arms raise with the US.

"I'm sort of a pro-crypto, pro-Bitcoin maximalist," Thiel said. "I do wonder if at this point Bitcoin should also be thought of in part as a Chinese Financial Weapon against the US. It threatens fiat money but it especially threatens the US dollar."

“Even though I'm a pro-crypto, pro-Bitcoin maximalist person, I do wonder whether if at this point Bitcoin should also be thought of in part as a Chinese financial weapon against the U.S.” says @Paypal co-founder Peter Thiel.

The question Thiel was ostensibly answering wasn't about Bitcoin per se, but about China's plan to create a digital yuan. Was this a "threat to the dollar and its dominance of world markets?" moderator Hugh Hewitt wanted to know.

Thiel's view is that it isn't; he dismissed the coin, which would be issued by the country's central bank, as "some sort of a totalitarian measuring device."

The real concern, Thiel said, is Bitcoin because it's more likely to serve as a functional reserve currency. The less pervasive the dollar is, the less effected it is by American monetary and foreign policy.

"If China’s long Bitcoin, then perhaps from a geopolitical perspective the U.S. should be asking some tougher questions about exactly how that works," he said.

Pompeo agreed that a digital yuan "has a huge impact for [China's] surveillance capacity," though he seemed to assert that such a coin itself would also allow it to make cross-border transactions that could skirt US sanctions: "They want to make sure that when Secretary Pompeo issues sanctions against the Iranian leadership, that there is a way to purchase Iranian oil."


This post first appeared on Passive Income With NFTs, please read the originial post: here
People also like
Bodycam Video: Arizona Police Shoots A Man After Mistaking His Vape Pen For A Weapon
8 Steps You Can Take to Empower Your Workforce
Moderna Stock Price Forecast 2022 – 2030
‘A rollercoaster’: People of color made economic gains last decade, but pandemic threatens progress
AliExpress – 12th Anniversary Sale: Save up to 70%