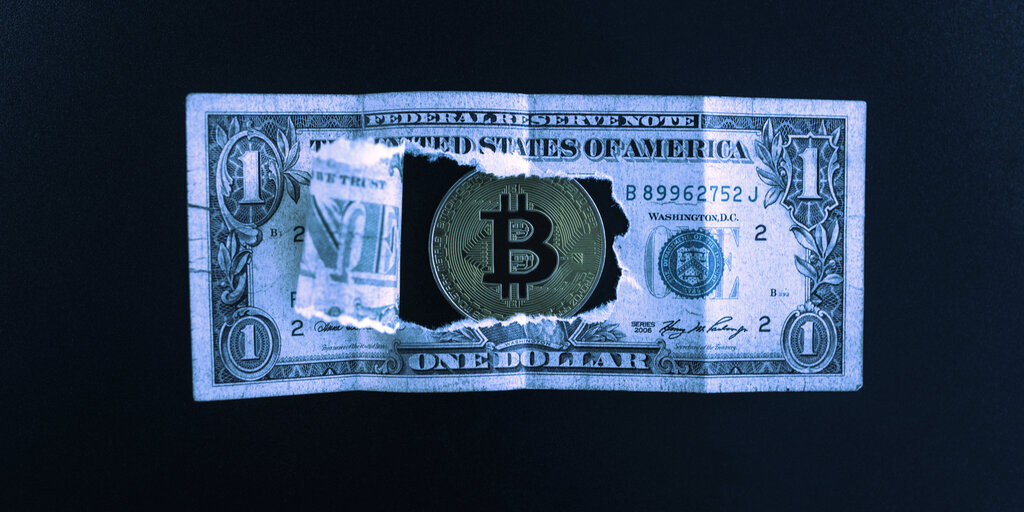 At least one investor isn’t happy with the performance of the Grayscale Bitcoin Trust (GBTC), which holds more than 3% of all Bitcoin in circulation. So it's putting Grayscale on blast.

In an open letter to the Grayscale board of directors published yesterday, investment firm Marlton took aim at GBTC’s discount to NAV (net asset value), calling it “abysmal” despite Grayscale’s attempts to bring the price up.

Marlton, which says it’s a substantial GBTC holder, estimates the discount has lost GBTC stockholders $3.1 billion, even as investors are also paying a 2% management fee for the privilege. It’s asking Grayscale to conduct a tender offer that would allow shareholders to cash out at a higher price than GBTC’s market value.

The Grayscale Bitcoin Trust allows certain investors to get exposure to Bitcoin’s price without actually buying Bitcoin. Grayscale instead sells shares in a trust that roughly correlates to the price of Bitcoin; it custodies the coins on investors’ behalf in exchange for a fee. However, partly due to limitations in what shareholders can do—there is a lengthy lockup period where funds can’t be withdrawn—shares rarely sell for the same price as actual Bitcoin.

For five straight years, the majority of its existence, GBTC sold at a premium, meaning that it cost people more to buy shares in Bitcoin than actual Bitcoin. That was, by and large, accepted because they could also cash out at a premium later.

That streak was snapped in February. Now, GBTC has traded at a discount for more than a month and is currently at -8%. Therefore, those investors who bought at a higher price are getting hosed by a much lower one and not getting the full advantage of a Bitcoin bull run that has taken the asset from $32,000 at the start of the year to $56,000 today.

“It's fine for new investors into GBTC since they're getting a discount but for long term shareholders like Marlton it's not right and closed-end funds like GBTC have a lot of mechanisms they can and do employ to close that gap,” a representative for Marlton told Decrypt via email. “GBTC needs to do that. That's partially why you pay the 2% fee.”

Marlton is a family office, a private investment firm for ultra-high-net-worth individuals—exactly the sort of security-conscious folks for whom it makes sense to pay Grayscale’s management fees instead of dealing with seed phrases and private keys.

Marlton’s asking that Grayscale hold a Modified Dutch Auction Tender Offer for shares. Essentially, it would allow Grayscale to buy back shares during a short, pre-established time frame for a set value. “We believe a tender offer would materially narrow — if not eliminate — the discount to NAV, immediately offering stockholders confidence in the Sponsor's ability to manage the Fund's discount," Marlton Managing Partner James Elbaor wrote in the letter.

Grayscale declined to comment to Decrypt, but it announced earlier this week that it intends to convert GBTC into an exchange-traded fund (ETF), a type of investment vehicle that trades more like a stock. Doing so would allow it to lower management fees while also keeping share trading prices much closer to the price of Bitcoin. However, since the SEC has yet to grant a Bitcoin ETF application, the firm may need to find a shorter-term fix to keep existing investors happy.