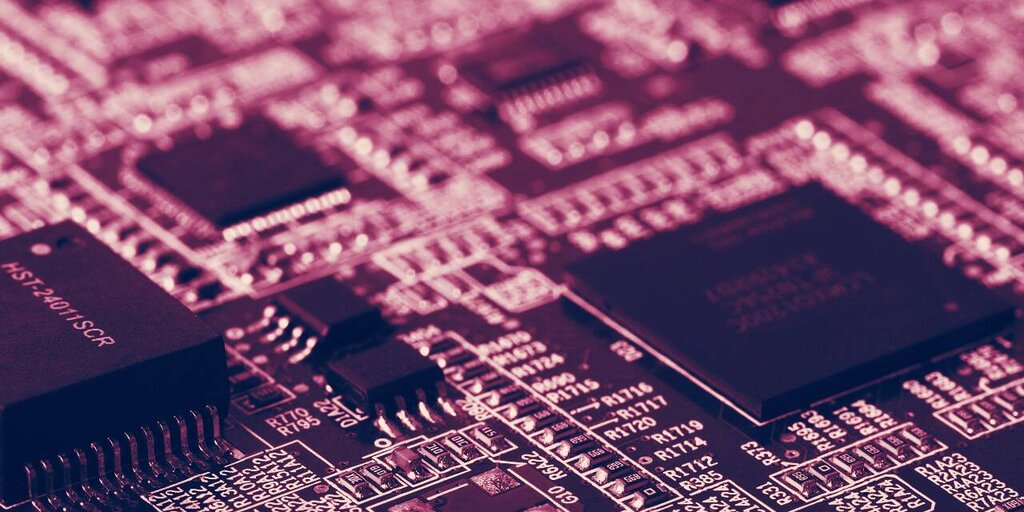 A global shortage of semiconductors is being exacerbated by growing demand from cryptocurrency Miners. The added demand from crypto miners is piling pressure on a chip industry that's dealing with multiple crises, "from supply constraints to a structural shortage of high-end chips,” CW Chung, head of research at Nomura in Seoul, told the Financial Times.

Last year’s Bitcoin halving not only resulted in Bitcoin miners' rewards being cut in half; it also pushed up the mining difficulty, a relative measure that indicates how difficult and time-consuming it is to discover new blocks on the Bitcoin network.

Coupled with a massive Bitcoin bull run, which earlier this month saw the world’s most popular cryptocurrency reach a new all-time high above $61,000, miners are looking to more efficient machines in order to stay competitive. That, in turn, is helping to drive up demand for high-end chips.

Bitcoin miners aren't the only ones who need chips–since the start of the COVID-19 pandemic, semiconductors have been in short supply because of a surge in demand for personal computers and other electronic devices required to work or study from home. Other affected sectors include the automotive industry, which is struggling to source enough semiconductors to build its products, as well as TV, smartphone and game console makers.

The result is a “perfect storm of supply and demand factors,” Neil Campling, media and tech analyst at Mirabaud, told The Guardian. “Basically, there is a new level of demand that can’t be kept up with, everyone is in crisis and it is getting worse.”

To make matters worse, the semiconductor industry has been hit by supply chain disruptions caused by recent winter storms in Texas and a fire at an auto-chip plant in Japan. Some Chinese companies, including Huawei, have also decided to stockpile essential radio chips in anticipation of US sanctions.

Cryptocurrency mining is creating an additional shortage and boosting the price of chips. The sector is largely dependent on Taiwan Semiconductor Manufacturing Company (TSMC) and Samsung–the two largest chip manufacturers in the world and the main suppliers for such tech giants as Apple and Intel. According to Chung, during the last Bitcoin rally, mining chips accounted for a tenth of TSMC's entire sales.

Moreover, miners are increasingly looking to more computers and servers and pushing up demand for traditional Dynamic random-access memory (DRAM) chips. In the past three months, DRAM prices have gone up by more than 60%. Combined with the overall chip shortage, it's now anticipated that prices will rise a further 20% in Q2.

Bitcoin isn't the only cryptocurrency that miners are looking at–Ethereum's price has soared in recent months, bringing increased attention from crypto miners. Like Bitcoin, Ethereum employs a proof of work consensus mechanism that requires cryptocurrency mining to secure the network; unlike Bitcoin, it's still cost-efficient to mine Ethereum using GPUs rather than more powerful ASIC miners. That, in turn, has led to a shortage of graphics cards, forcing GPU manufacturers to balance the competing needs of miners and PC gamers.

In a bid to tackle the global shortage of GPU chips, hardware giant Nvidia has announced that it will place hash rate limitations on new GPUs to make them less desirable to crypto miners. AMD, Nvidia's main rival, said that while it had no plans to restrict miners, its newest GPUs will be optimized with gamers in mind.

The global chip shortage—and its impact on the crypto industry—look set to continue for some time, with Chung noting that the supply squeeze is likely to last through the end of the year.