Rico Nasty Releases NFT: ‘It's Like the New Stock Market, But for Art’ 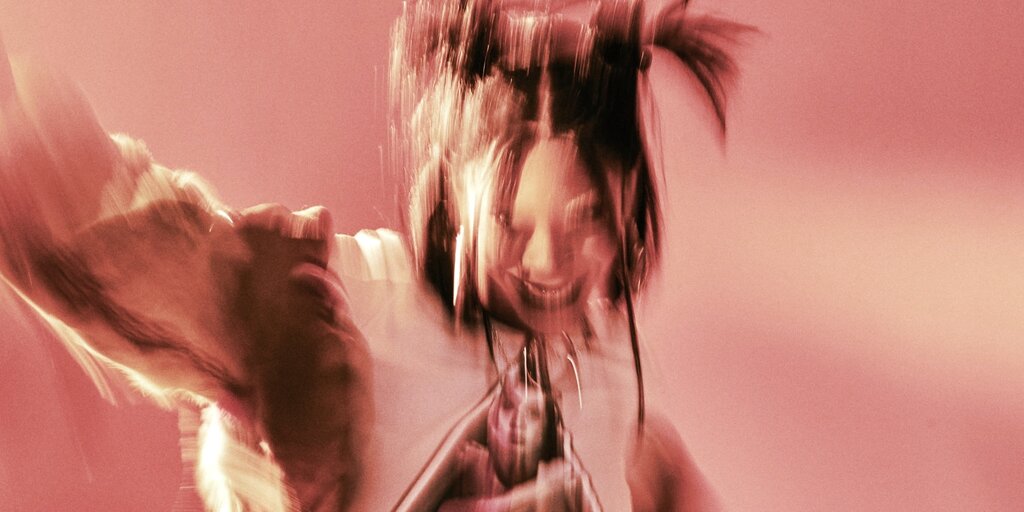 This past Friday, the rapper Rico Nasty announced her entry into the world of NFTs—non-fungible tokens, the blockchain-based digital collectibles that have been uniting art and Crypto over the past few months.

Rico, known for her catchy hooks and aggressive flows, is auctioning off a looped video of a black-and-white hammer on the NFT marketplace SuperRare. It’s tied to “OHFR?,” a single from her recent album Nightmare Vacation, and was created by Don Allen Iii, an artist and animator who’s worked with NFTs in the past. The purchaser will also receive a physical version of the prop hammer from the song’s music video.

I’m dropping My First NFT with @donalleniii on @superrare.co !
On Monday March 22nd! This is inspired by the OHFR music video, only the first get the signed physical hammer from the music video!

to view the auction for the NFT click the link —-> https://t.co/7YlyAc84eT pic.twitter.com/x1CHnOyI7K

Speaking exclusively with Decrypt, Rico said that she was excited about NFTs as a financial investment. “You could literally buy something and own it forever,” she explained. “It's like the new stock market, but for art. I might make $500 tonight, but two or three years from now, shit… I think that's what makes it hopeful.”

The market for NFTs has never been hotter, though it’s not clear if it will stay that way; these crypto collectibles have been around for years, but it’s only in the past few months that crypto millionaires have started snapping up GIFs and other image files at auction for millions of dollars.

The digital artist Beeple just sold an NFT for $69 million in a Christie’s auction. And musicians like Grimes, Kings of Leon, Yaeji, Toro Y Moi, Jacques Greene, and Mura Masa have all released NFTs in recent weeks.

But there’s been backlash, too, as critics target crypto art’s ecological footprint (the songwriter Jacob Collier recently canceled his NFT plans for that reason).

Rico told Decrypt she hadn’t heard about the controversy over the environmental impact of NFTs, but said it sounded “really fucked up.”

Rico and Don Allen III will be speaking about NFTs on Monday evening on Clubhouse.

Rico concluded that progress tends to come with a price: “People said a lot of shit about cars using gas, and now we have electric ones…  There's always going to be a bad side to everything. Nothing's perfect.”

She added: “The future is the future and—I hate to be so blunt, but: aren’t we all gonna die anyway?”

Useful Tips for Building a Stronger C…
Beard Bib – Solution For Messy Groomi…
Wack 100 To All Opps, “I Don’t Give A…
True Sports Fan – 5% OFF New Arrivals
How and Where to Buy HXRO Token – An …


This post first appeared on Passive Income With NFTs, please read the originial post: here
People also like
Useful Tips for Building a Stronger Company Culture
Beard Bib – Solution For Messy Grooming
Wack 100 To All Opps, “I Don’t Give A F*ck, I’m The Plug!”
True Sports Fan – 5% OFF New Arrivals
How and Where to Buy HXRO Token – An Easy Step by Step Guide
My Custom Chicken Coop

Rico Nasty Releases NFT: ‘It's Like the New Stock Market, But for Art’