BitClout Has Reaped $160M for Tokens Pegged to Celebs. We Followed the Money 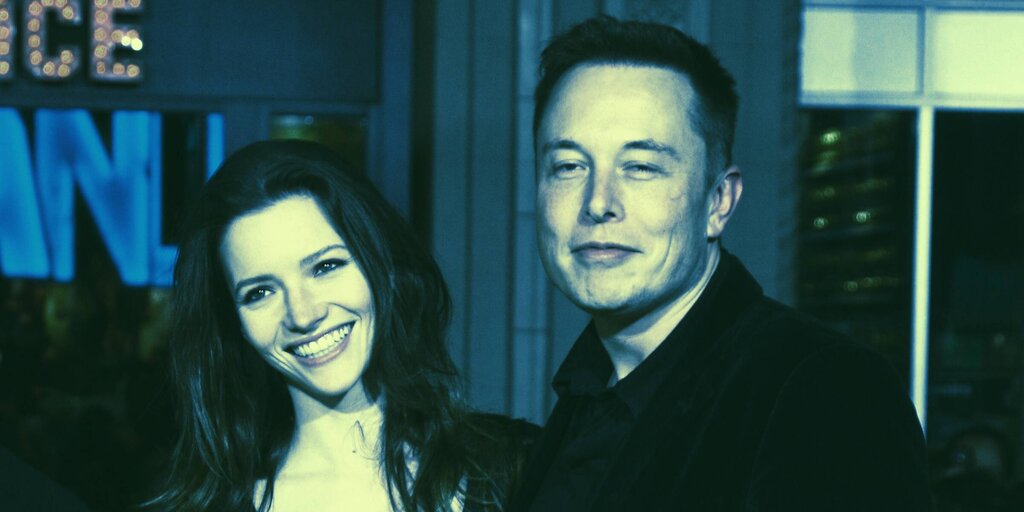 Amid a white-hot craze for NFTs, a firm called Bitclout is pitching itself as a "crypto celebrity network." The site offers consumers the opportunity to purchase tokens tied to the identities of 15,000 influential Twitter accounts, including the likes of Elon Musk and Katy Perry—albeit without their permission.

In the space of a week, BitClout has reportedly earned $160 million and attracted the interest of prominent investors and cultural figures. But already, crypto security firms are pointing to suspicious transactions patterns, and warning the site has all the appearances of a scam.

If BitClout is indeed a swindle, it would underscore how a new generation of crypto technology—this time NFTs—has given rise to new breeds of scammers.

Bids for an NFT of Jack Dorsey’s first tweet recently reached $2.5 million. Such prices have touched off a race to tokenize Twitter artifacts of all sorts. In the case of BitClout, the site has downloaded 15,000 of the most popular Twitter profiles and then assigned thousands of cryptocurrency tokens to each of them. The price of the tokens are loosely pegged to a given profile’s relative popularity—meaning that investing in the tokens is like investing in the social ranking of a given celebrity.

Meanwhile, an influencer who tweets about the site can claim a portion of the tokens associated with their identity. Elon Musk is theoretically entitled to $2.96 million worth of BitClout’s Elon Musk tokens, while lesser lights can redeem several thousand dollars.

Minor celebrities who have tweeted about BitClout include Neil Strauss, author of a controversial pick-up artist book:

Anyone trying Bitclout yet? I'm at https://t.co/5n1Jboms5Y
Public key: BC1YLgWTMT1hecivzS4N1Dvu4UZGPZJkJQUdJRQmhSTsqD2D7LsJSV2

BitClout appears to be an attempt to co-opt Twitter’s social media feed, operating in the same way Steemit provides a crypto version of Reddit and Voice.com maps Facebook onto a blockchain.

For those seeking to participate in BitClout’s marketplace, a necessary first step is to buy Bitclout Tokens with Bitcoin. And that has already given rise to a big red flag about the site: Namely, Blockchain explorer tools show that the funds ended up at just one address before getting transported across the cryptoverse.

Rich Sanders, who runs blockchain investigation firm CipherBlade, confirmed to Decrypt that almost all of the funds on the site are going to three exchanges—88.41% to Amber Group, 11.17% to Kraken, and 0.42% to Coinbase—and that the funds have since moved to other exchanges and wallets.

And one of the only non-exchange addresses that BitClout paid directly received money from Hydra, a darknet market. In other words: “They paid someone sketchy,” said Sanders. Flow of transactions from BitClout’s wallet.

Signs point to the address being owned by a suspect individual from Nigeria, whom BitClout may have paid to drum up the Twitter bots to promote the project on social media, said Sanders. “Because social media shills = more proceeds.” Decrypt reached out to a Twitter account bearing BitClout’s name but received no reply.

Meanwhile, London-based Coinfirm, which specializes in tracing suspect crypto transactions, has also raised alarms about BitClout. In an interview with Decrypt, Coinfirm executives described the site as “Bitconnect 2.0”—a reference to a notorious Ponzi scheme site whose tokens reached a value of nearly $400 during the crypto mania of 2017. Today, those tokens are worthless.

The site is unusable for users that haven’t purchased BitClout tokens. Updating a profile picture, posting a status or messaging a chatbot is impossible without first buying the coins. And when Decrypt wired about $20 in Bitcoin to the platform, the site didn’t allow us to use our money to buy BitClout tokens.

Nor is there any way to verify that such transactions would take place on a blockchain. While there is an explorer, the network fee is zero and there’s no obvious way to create a node or mine coins. The anonymous team hasn’t published the code for the project.

Despite some high-profile backing, just a few accounts are verified; even then, verification isn’t a sure-fire bet that an influencer associates their name with the project. Neither Chamath Palihapitiya nor Ashton Kutcher, two of the highest-profile ‘verified’ accounts, have tweeted about the project—necessary to verify an account.

Two of the largest Twitter accounts for r/WallStreetBets, another account registered as verified, told Decrypt that they had nothing to do with WSB’s BitClout persona, which gushes about the project in daily messages on BitClout.

Most of the BitClout fans on Twitter, a handful of followers each, have little other activity to their name save for their promotion of the project.

Take @Ssh_Just_Buy, an account created in February that sporadically pumped small-cap altcoins until March 12, when the account flipped to pumping BitClout. The account published a link to their own website explaining the project in detail just two days later.

Making the operation murkier still, BitClout’s network keeps going offline. “Diamondhands,” which appears to be the account on BitClout that’s behind the project, said on BitClout that this was because nodes kept rebooting and missing transactions.

So who’s buying in? One early investor is Chris McCann, a tousled Silicon Valley investor who caught wind of the project from friends. McCann, a general partner at Race Capital, told Decrypt that he has no connection to the project or its founders but got involved in an early access version of the project that launched last week. McCann, who boasts a market cap of $55,400, said he’s invested “a little bit too much” money into the project but credits the anonymous team with the “smooth” website.

One of his friends, Andy Artz, an investor at Silicon Valley firm Social Capital, bet $18,000 on his success.

“Once you kind of get sucked in and start making some early bets on people and they get verified, it's fun—you actually want to want to use it,” said McCann, who gained access to almost $34,000 in unredeemable BitClout tokens when he tweeted about the project to verify his account.

Michael Arrington, a well-known Silicon Valley investor and media figure, received the equivalent of $290,000 in creator tokens. He did not respond to Decrypt’s request for comment.

The #bitclout FUD is just that, FUD. @arringtonXRPcap are coin-holders, other holders are tier 1 investors/people too. The service is fully launching very soon. The founders are choosing to remain pseudonymous for now. But we and other holders are DIAMOND HANDS on this one.

McCann said that BitClout fills a demand for social crypto projects unmet by the current roster of such projects, such as social token sites Rally or Roll—the latter of which was hacked over the weekend, crashing the prices of the tokens tied to the influencers that use the platform.

McCann is well aware of the concerns, notably the inability to redeem money and the opportunity for imposters to profit from fake accounts. “It’s still ridiculously early,” he said. And it wouldn’t be the first of McCann’s investments—his other bets include crypto exchanges FTX and Binance—that got off to shaky starts and later flourished.

But for CipherBlade’s Sanders, it doesn’t look good and smacks of the pump n’ dump ICOs that wasted billions of investors’ money in 2017 and 2018. “What a dumpster fire,” he concluded.

BitClout Has Reaped $160M for Tokens Pegged to Celebs. We Followed the Money