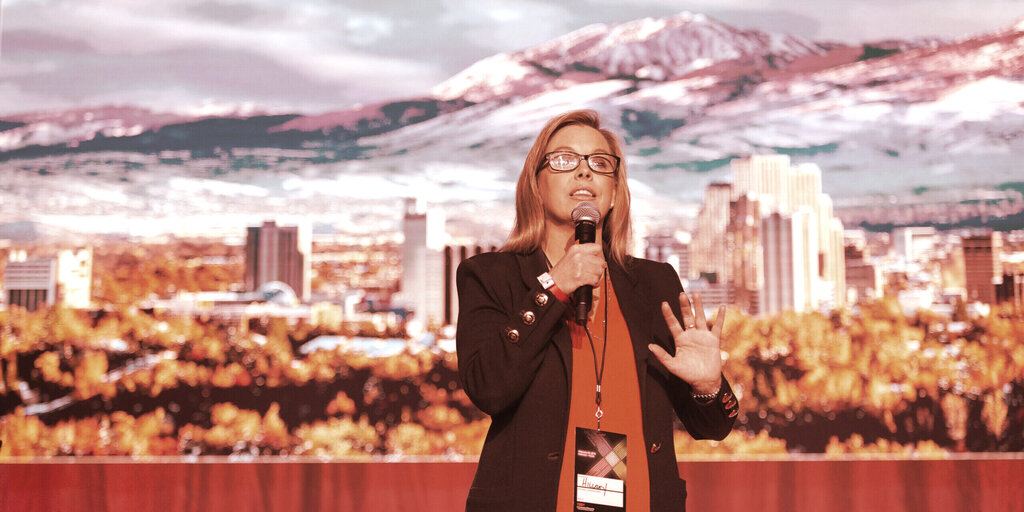 As Miami Mayor Francis Suarez began pushing for investments into The Magic City’s crypto scene, his colleague in another iconic American city was revealing herself as a cryptocurrency progressive.

“Nice work my friend,” Reno, Nevada, Mayor Hillary Schieve tweeted on January 27 to Suarez. “We should explore a city coin with @usmayors. My next question is when are you going to become a $LINK marine?”

Mayor Schieve wasn’t just looking for cheap likes on Twitter. She followed up earlier this month by announcing a Reno decentralized autonomous organization on the Tezos blockchain, along with her plan to commoditize city landmarks and Burning Man artifacts into digital collectibles in the form of NFTs.

I am thrilled to partner with @TQTezos to create the FIRST NFT art project by and for a City on @tezos.
Blockchain technology can bring endless possibilities for arts in cities across the globe!

Her advocacy for cryptocurrency in general, and Chainlink in particular, has caught the eye of the decentralized oracle network. CEO Sergey Nazarov reached out to Mayor Schieve about creating a GovTech Prize for Chainlink’s spring 2021 hackathon, which kicked off yesterday and runs until April 11.

The $5,000 prize, offered through the Chainlink Community Grant Program with support from the Reno Mayor’s Office, “will be awarded to the hackathon project that uses Chainlink-powered smart contracts in a manner that offers the highest potential to deliver meaningful GovTech innovation.”

Nevada May Give Government Power to Tech, Crypto Firms

Schieve, who will serve as a judge for the competition, will be tasked with reviewing projects that might range from fraud prevention and voting system improvements to enabling smart city infrastructure and putting land deeds on an immutable blockchain. She’s invited Mayor Suarez and another US mayor to help judge, along with members of a northern Nevada economic development initiative.

“Blockchain can really transform the way that we do business in cities,” Schieve said in an interview with Crypto Breakdown this weekend. “Obviously, with transparency, it’s so critical. And having everything on a ledger would just be incredible.”

Schieve’s not just forging alliances with Chainlink. At the beginning of March, she announced the formation of the Reno DAO in a Tez Talks podcast episode. The decentralized autonomous organization, which will utilize a city coin, plans to start by digitizing famous Reno artwork. Over the past several years, the city has bought eye-catching sculptures from the nearby Burning Man festival, including the Space Whale, which it now plans to sell as a non-fungible token (NFT). It’s part of a longer-term plan to get residents comfortable with the idea of interacting with cryptocurrency, with the hopes that it can eventually be used for city utility payments and other purposes—like those that pop up in the hackathon.

According to the head of the Mayor’s Blockchain Board on Innovation, the office is also looking to run a Chainlink node and a Tezos “baker” to participate more fully in the networks’ ecosystems.