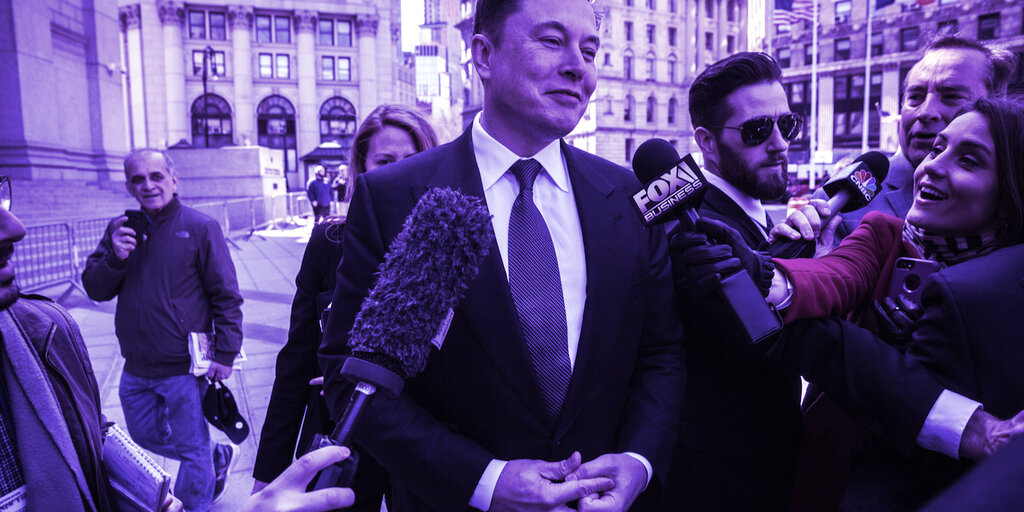 Today the Twitterverse spewed out a question that caught the eye of Tesla CEO, crypto bull and Coinbase user Elon Musk: “Do you think Coinbase should enable Dogecoin on their platform?” Musk replied with an exclamatory “Yes!”

Musk’s no stranger to crypto. In early February, a US Securities and Exchange Commission filing disclosed that Tesla had bought $1.5 billion in Bitcoin. Before that, Elon had frequently been pumping memecoin DOGE to the point where a single Dogecoin meme tweet caused a surge of almost 40% in the currency’s price in just half an hour.

Dogecoin was created in 2013 by software programmers Billy Markus and Jackson Palmer. The pair created the coin in response to all the ado made about Bitcoin spinoffs. Their thinking: if anyone can create a coin, why shouldn’t they?

The coin’s avatar is that of the iconic chubby Shiba Inu dog, whose face rose to prominence as a meme accompanied by adorable phrases in broken English, like “Much wow” and “Very impress.” The coin took off shortly after launch and acquired a cult status.

After Bitcoin’s bull run took off in the winter, celebrities like Musk boosted Dogecoin, which at its peak last month had a market cap of $17 billion.

Musk’s not alone—bullishness for DOGE is high among celebrities. Earlier this year, rapper Lil Yachty announced he was investing a third of his savings into DOGE. The following month he was joined by KISS bassist Gene Simmons and old school hip hop legend Snoop Dogg, as the unlikely pair joined Musk’s DOGE-pumping meme fray to announce recent purchases of the currency.

Subsequent analysis of Twitter metrics even revealed that Dogecoin was at one point more popular than Bitcoin. In February it commanded 10.4% of all crypto mentions on the platform, while Bitcoin lagged behind at 10.1%.

All the attention resulted in some heady price performance charts. On January 27 DOGE was valued at $0.0078. By February 8 this had increased almost tenfold to $0.074. A sharp correction ensued when the coin dropped to $0.047 by February 23—still a sixfold increase from its initial position.

Much wow, so why no Coinbase?

Coinbase has always been slow to adapt new coins. While Coinbase’s Asian rival, crypto exchange Binance, focused on adding as many coins as possible at the expense of operating in the US, Coinbase listed fewer coins to appease regulators on its home turf and doubled-down on its core offering of just a handful of currencies.

Decrypt executive editor Jeff John Roberts wrote in his book Kings of Crypto that Coinbase considered adding more coins, including Dogecoin, after Binance toppled it to become the most popular crypto exchange in the world by the middle of 2018, forcing Coinbase back to the drawing board.

No longer a startup at this point, Coinbase had an added level of corporate bureaucracy to contend with whenever it tried to implement changes. Seeing no returns coming from the memecoin, Coinbase executives quickly forgot their plans to enable DOGE trading on the platform.

Coinbase only started to add more coins after hiring the fiery tech entrepreneur, Balaji Srinivasan, in 2018—but Dogecoin never made the cut.

What started as an elaborate joke on Bitcoin has now evolved into the fifteenth-biggest cryptocurrency by market capitalization, with a team of dedicated developers behind it and new upgrades to its software.

Coinbase lost out on billions for not hosting Dogecoin. But given the coin’s volatility, Coinbase may have just safeguarded its reputation as the white knight of crypto.