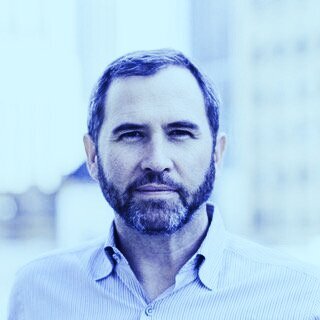 Ripple CEO Brad Garlinghouse tweeted on Tuesday that he and the company have settled a lawsuit they filed against Youtube over a flood of videos in which scammers uploaded clips of Garlinghouse to promote various crypto hustles.

The phenomenon of scammers using Social Media to hijack the names and images of prominent executives has been pervasive not only in the cryptocurrency world, but in the business world in general. Impostors have also sought to impersonate high profile CEOs like Elon Musk and Richard Branson on social media in order to rip off the public.

Ripple and Garlinghouse filed the lawsuit against YouTube last April, claiming the Google-owned company turned a blind eye to the problem, and even profited from it by letting the scammers purchase keywords to help them target crypto enthusiasts.

In a series of tweets, Garlinghouse said the settlement would result in Ripple and YouTube working together "to prevent, detect and take down these scams." He also noted the company has been using a forensics company to track stolen funds related to the scams, but added that social media companies needed to do more or "it's still just whack-a-mole."

Social platforms are starting to acknowledge their role in allowing crypto scams to persist and recognize the need to be part of the solution. Some like @xrpforensics are helping detect/track stolen funds, but platforms need to lead the charge or it’s still just whack-a-mole. 2/3

In a phone interview with Decrypt on Tuesday, Garlinghouse shared that the legal settlement will involve YouTube and Ripple funding a non-profit together dedicated to helping victims of cybercrime.

Ripple declined to provide additional details, such as how much the companies will contribute and whether the fund would provide cash compensation. The company said it will share more information once the legal work is finalized.

Garlinghouse expressed frustration with social media companies in general, claiming they are highly profitable and could afford to do more to police their platforms and kick out the impostors. He described an incident in which he personally reported a fake Brad Garlinghouse account to Instagram, only to be told that Instagram decided the account wasn't impersonating him. Garlinghouse added that he has also received violent threats from those who had been fleeced in crypto scams, and believed that he had been involved.

"I’ve been in Silicon Valley for 24 years. All of the major tech platforms need to take ownership of not only the good they're doing, but how they are being abused," he said, noting that he devoted considerable resources to policing bad actors when he was a senior executive at Yahoo.

Garlinghouse also said he is open to calls for reforming Section 230, a powerful law that protects tech companies from being liable for the behavior of their users.

The settlement in the YouTube lawsuit came after a judge threw out an earlier version of Ripple's lawsuit, citing Section 230. In that ruling, the judge described how the scammers had taken over YouTube channels and populated them with fake Ripple content, noting that, "In some ways, [YouTube] too is a victim of the hijacking."

NBA Jam Game Comparison
Choose The Guy You Want To Marry, The…
Useful Tips for Building a Stronger C…
What would happen to a modern-day Mos…
Megan Thee Stallion Details Alleged T…


This post first appeared on Passive Income With NFTs, please read the originial post: here
People also like
NBA Jam Game Comparison
Choose The Guy You Want To Marry, Then Submit To Him
Useful Tips for Building a Stronger Company Culture
What would happen to a modern-day Moses in America?
Megan Thee Stallion Details Alleged Tory Lanez Shooting: ’He Said, ‘Dance, B—,’ and He Started Shooting’
10 Attractive Circle Beard Styles & How to Get Them
Baby Botox Training
Get Response – Marketing Tools to make your Business grow