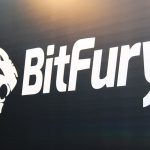 Bitfury Group, a software manufacturer which is also an active player in the crypto arena has a new announcement regarding their Blockchain venture. The firm has declared that it is going to work with Longenesis and Medical Diagnostics Web (MDW) to build a Blockchain-based medical imaging ecosystem.

CBD 2020: What to Expect + Our Top Pr…
Why Friday The 13th Will Be Your Luck…
Vechain Blockchain Technology Powers …

The announcement by the company notes that the partnership is aimed to design a next-generation platform for storing, sharing and securing medical imaging and diagnostic data. Bitfury Group provides Bitcoin-related security and infrastructure. The firm was established in 2011, at Amsterdam, North Holland.

Notably, Bitfury earned around $500 million in revenue during the last year. Bitfury’s partnering firm, Longenesis is a company which operates on AI and Blockchain technologies. Both the firm have joined hands to benefit from their expertise to initiate improvements in the healthcare sector. On the other hand, MDW is the first company which has built a radiology platform using blockchain. MDW provides a platform where radiologists can access imaging facilities. They also can share patients’ data such as X-rays and CT scans for interpretation with required safety and privacy.

The collaboration between these firms will develop a platform on Bitfury’s private Blockchain framework, Exonum. This will facilitate transparency to be verified through “anchoring” technology.

On the partnership, the CEO of Bitfury Valery Vavilov stated,

“Blockchain technology can strengthen patient data security by providing a tamper-proof record of patient history while simultaneously providing an avenue for doctors to more easily share information. The digitization of trust that Blockchain offers, paired with the medical potential of AI algorithms, can revitalize medical systems all over the world.”

Longenesis’ role in this partnership is to allow access to only authorized persons to the medical data on the platform. This platform will comply with the Health Insurance Portability and Accountability Act (HIPAA), and the General Data Protection Regulation (GDPR).

Moreover, the CEO and co-founder at MDW, Michael Averbach said that through this partnership MDW will offer the most advanced healthcare Blockchain technology of today.

Additionally, this year’s remarkable effort to use Blockchain for the healthcare industry was the partnership between health insurance giant Aetna and IBM. These two massive firms expect to serve over 39 million clients with their Blockchain network.

The post Bitfury to Roll Out New Blockchain Platform in Association With Longenesis and MDW appeared first on CryptoNewsZ.