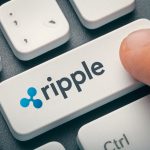 Previously, Cory Johnson was working as the Bloomberg Television anchor who later found interest in the crypto market, and became a crypto marketer. A spokesperson from ripple confirmed Johnson is not working with Ripple anymore. Notably, the ex-Executive at Ripple was working at the firm for a year. Ripple spokesperson also revealed that the firm decided to scrub the position due to the market conditions.

“Cory’s last year at Ripple was a success in representing the company to investors, press, and regulators. Cory helped Ripple with strategy internally and overall industry education. But due to changes in market conditions, we’ve chosen to eliminate the role of Chief Market Strategist.”

Johnson was appointed at distributed ledger firm Ripple in early 2018. At the time he talked about his role at Ripple in an interview. He said that his role would be “to try and explain, listen and set strategies to make it easy for Wall Street and the world of finance to understand what we’re doing.” He then served at Ripple as a prominent spokesperson dealing with mainstream media platforms while carrying out Ripple’s offerings in a better way.

At Ripple, Johnson has always been a supporter of the firm’s belief regarding Ripple’s relationship to cryptocurrency XRP. Ripple firmly believes that that XRP is mostly independent of the firm. However, some entity in the crypto space claim that the XRP coin is a security and that Ripple is an issue. Johnson’s job at Ripple was also to put some clarity in Ripple-XRP relations.

Johnson had vast experience of working at Bloomberg for 8 years as an editor-at-large. Johnson who has also operated as a journalist is also a seasoned investor and entrepreneur. Apart from that, he has worked with Forensic Research Group, Kingsford Capital Management, and Cannell Capital.