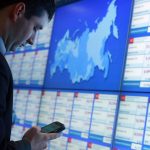 With the Blockchain use cases being adopted worldwide, there are certain authorities that are still uncertain to apply this new age technology. In a recent event hosted by Russian Central Election Commission (CEC), the subject matter in order to deploy the blockchain technology for voting activities as reported by local news agency TASS on 29th October.

With the celebration of 25 years of Russia’s electoral system organized at the Election Commission’s conference, the participants and officials discussed profusely whether blockchain based solutions can be applied on electronic voting purpose.

With this, Ella Pamfilovva, the Head of the Election Commission while speaking to the conference said in her statement that “To promote this technology [blockchain] in Russia we need some rebranding. We need… kind of
Russian equivalent that takes into account our mentality […]”

Amid this, Pamfilova elaborated more on the concept saying that “The word ‘block’ is immediately associated with something closed. In Russia, [it’s a place] where a third of the population was held behind bars…Next, you have ‘chain’. ‘Block’ and ‘chain’ — it works on a subconscious level.”

Pamfilova further recommended blockchain by convincing in alternative words stating that “We need some rebranding,” “some understandable Russian word.” Maybe she would have understood the numerous benefits that the blockchain tech has to offer.

In September 2017, Pamfilova criticized the perspective saying that “it was too early to test blockchain for Russia’s election system.” Because she realized the ground reality that the country is not having local polling stations that are lacking even computers and cameras thereby not allowing to apply decentralized voting system.

However, the country does not have proper cryptocurrency regulations in place, which may expect to apply soon as the bills under the respective authority for certain editing. The blockchain tech is believed to have gained popularity amongst the community users in Russia.

With this, in August 2018, Gazprom, a state-owned giant publicly announced to build a strategic partnership with local airline S7 Airlines to testify blockchain solutions for streamlining aircraft fuelling activities.