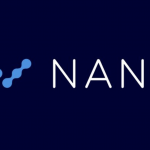 In a recent news story regarding the laws and compliances, a New York-based Judge has dismissed a lawsuit against the development team of Altcoin – NANO (XRB) as reported by court documents filed on 22nd October. On the case-specific scenario front, the lawsuit filed by Alex Brola charged developer team of NANO for manipulating him to trade coin across the platform that lost millions of dollars of cryptocurrency.

When will I get to write?
Simple Tips To Increase Self-Esteem
Home Interior Decorating With Persian…
From Newbie to Digital Marketing Expe…
The Brick Turns 21

The person naming Alex Brola, an American guy that filed a lawsuit in April 2018 who is believed to have purchased $50,000 worth of XRB on 10th Dec. 2017 via Silver Miller Law Firm. The team of NANO was accused of breaching U.S. securities laws by executing the unregistered securities sale by misrepresenting the reliability of Italian crypto exchange BitGrail out of which 17 million XRB almost $187 million was expected to have been stolen in February 2018.

During the lawsuit, Brola urged NANO to rescue fork the investors’ missing XRB by converting into a new cryptocurrency that compensates the amount that victims have lost. Besides this, Brola, a plaintiff in the lawsuit filed a complaint claiming that “at least hundreds if not thousands of putative Class members,” that Silver Miller planned to contact during the discovery period.

Further speaking to the subject matter, Nina Gershon, the U.S. District Judge discharged the case once Brola voluntarily withdrew the suit. However, it is still not confirmed as to why the suit was declined. According to Peters Scoolidge, the lead defense counsel purportedly said to Law 360 in his statement that “the plaintiff withdrew the complaint because the case lacked merit.”

Nonetheless, the defendants requested the New York Federal Court to discharge the suit while reiterating that “the tokens are not securities and therefore are not subject to securities laws” before Brola executed his decision to withdraw the lawsuit.

With the motion to discharge filed in September 2018, the XRB team commented that “the cryptocurrency cannot be classified as a security because the company had never gained any money in exchange for its insurance and has no investors. Nano’s value does not derive from a group of managers or executives managing other people’s property; rather, Nano’s value is derived from its utility or potential utility as a currency,” the document further states.”

After the hacking, both NANO and BitGrail have charged others for holding responsible for stealing the worth of XRB Tokens of $187. Amid this, BitGrail CEO Francesco Firano profusely said in his statement “it’s impossible to refund the stolen amount” as reported by Cointelegraph.