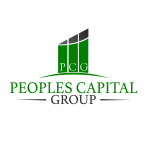 In a recent news story regarding the strategic partnership across the Blockchain space, a venture capital arm of People’s Daily Online, the biggest newspaper group in China and an official newspaper of the Chinese Communist Party published worldwide with a circulation of 3 million, has recently executed a strategic partnership with Xunlei Limited, a Chinese multinational technology company and an online service provider founded in 2003 as reported on 23rd October.

With this, the two companies will form a laboratory under the nickname “Technology Innovation” at the People Capital’s Blockchain Research Institute as reported by the company source.

With the numerous benefits in place, the research-based blockchain application will help build a high-level industrial service platform in order to manage seminars, competitions, workshops by supporting startups across the entire blockchain space.

Needless to say that the blockchain laboratory is considered to be a core of the global partnership executed between the two parties namely People’s Daily Online and Xunlei Limited on 22nd July 2018.

The People’s Daily Online, an online version of the People’s Daily set up in 1948. With this, People’s Daily has already been controlled by the top leadership of the CCP. Further speaking to the subject matter, it is considered to be the first news website in China that went public on the Shanghai Stock Exchange in 2012. Thereafter, the entire publication has started reiterating a variety of news on government policies and positions.

While Xunlei Limited is a blockchain infrastructure solutions provider and considered to be the “BitTorrent of China” in order to create – the Xunlei download manager, a peer-to-peer software that supports HTTP, FTP, and BitTorrent protocols.

At the beginning of 2018, CCP circulated a primer about the new age tech – blockchain tech with its numerous applications in place. According to Ye Zhenzhen, general manager of the People’s Daily further commented on the perspective saying that “the most important part of blockchain technology is its “operating mechanism. Through the ingenious combination of technologies, the fair distribution of resources is completed.”