Idioma: En
Are You Missing These Five Opportunities To Teach Good Money Habits To Your Children?
http://www.talentedladiesclub.com/all-help/are-you-missing-these-five-opportunities-to-teach-good-mo
Follow me
Share me

Been asked to join a gift exchange like Secret Sister? Find out why you need to avoid this pyramid scheme scam at all costs!

It’s that time of year again. The Christmas gifts are appearing in stores, MLM reps emotionally blackmail friends and family to buy from them to ‘support a small business’, and the Secret Sister scam starts doing the rounds on social media.

In case you’re fortunate enough not to have come across it, Secret Sister is a gift exchange pyramid scheme in which you send out one gift and and then recruit six people. The theory is that you’ll then receive 36 gifts back.

But it doesn’t take much a of genius to work out that if people are receiving 36 gifts but only sending one, then someone is losing out; the maths just don’t make sense.

And the loser is quite likely to be you.

How does the Secret Sister gift exchange work? 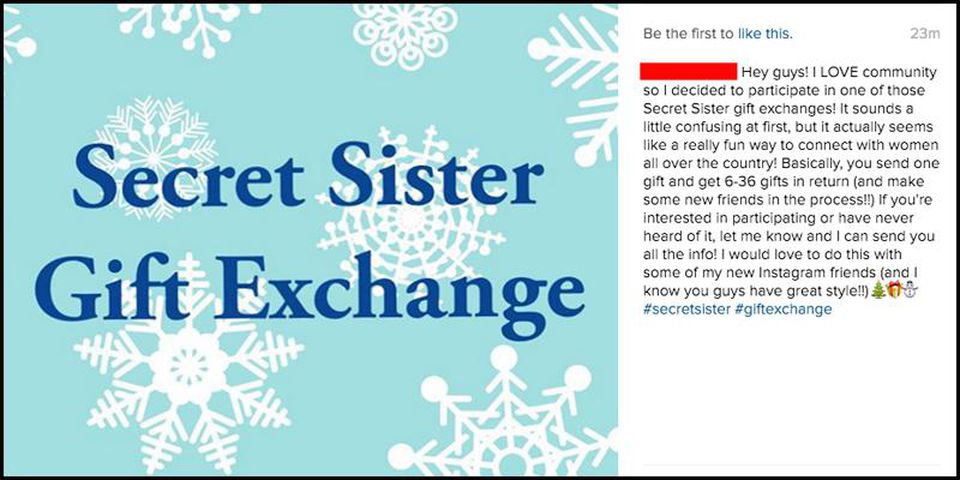 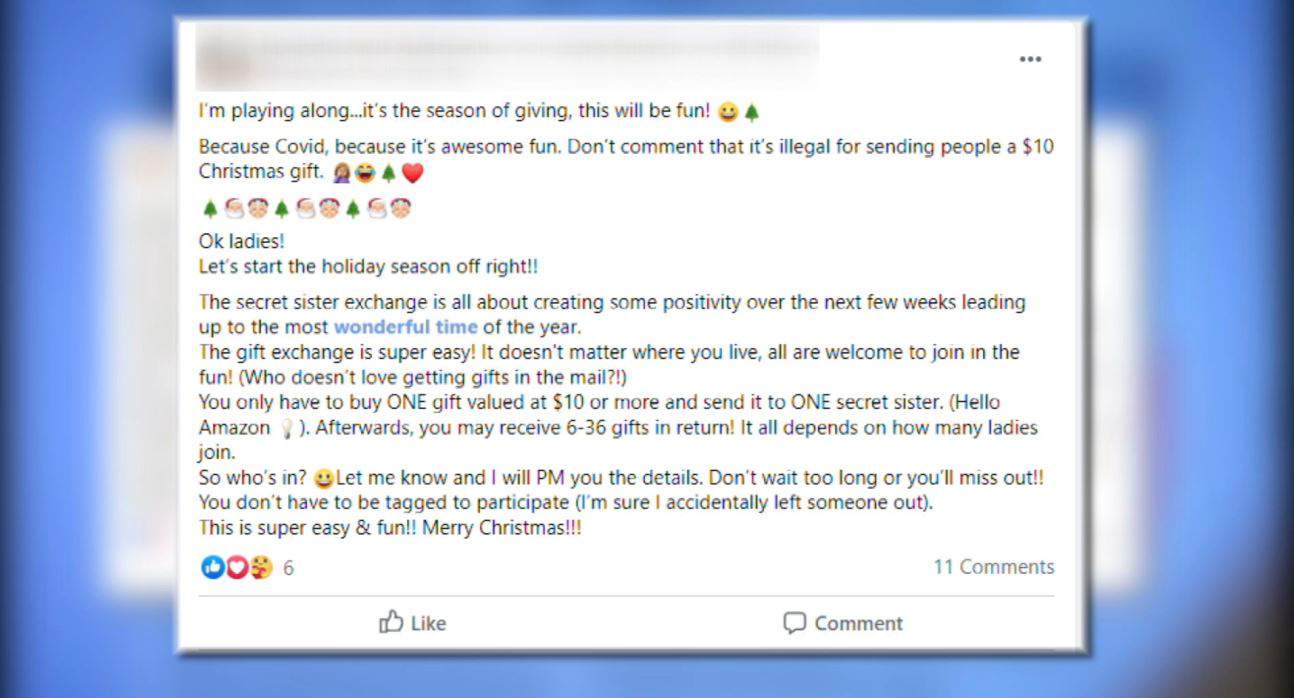 Here’s a typical set of instructions:

Seems easy enough, right? And what do you have to lose by giving it a go? Who knows, it might work! The problem is that it’s mathematically impossible for it to work, as the US Postal Inspection Service point out in their warning about the scam.

Let’s do the numbers to demonstrate.

It sounds feasible, but as you can see, once you get a few layers down, the pyramid enters the realm of complete fantasy:

The only place this kind of pyramid logic makes sense is in MLM land, where they use the same ridiculous recruitment sales pitch to hook people in.

Losing money isn’t the only reason why you should give Secret Sister scams a wide berth. It’s important to remember that chain letter schemes that involve money or valuable items and promise significant returns are illegal.

If you start a chain letter, or even participate in one sent to you, you could be breaking the law. They’re a fraudulent system of making money (or receiving gifts) that need an endless stream of recruits for success.

So by participating in a Secret Sister Gift Exchange (which is just a fancy label for a chain letter scheme) you could be breaking the law.

So what should you do if you’re invited to join a Secret Sister gift exchange? The Better Business Bureau recommends that you:

It’s unethical to recruit people into a Secret Sister scam

If you’ve read all the above and are still willing to give it a shot – after all if you just get one gift back you’ve recouped your investment – then we have one more reason why you should walk away: it’s unethical.

You already know that the Secret Sister gift exchange is mathematically impossible to sustain. You know that chain letters are illegal. And you know that for it to succeed for you, you have to receive more gifts than you send.

So someone has to lose out. Possibly many people. Do you really want to participate in that? And worse, to convince your friends and family to join… and quite possibly lose money?

We believe that if you can be aware of all the above and still take part, then that doesn’t make you a very ethical person.

Need a quick summary of why the Secret Sister gift exchange is a scam?

Here’s an infographic that explains why the Secret Sister gift exchange is a scam. We found it on Reddit here, but can’t find an original link to credit it to. (If you’re the creator and have a link we’d be delighted to add it.)

This post first appeared on Are You Missing These Five Opportunities To Teach Good Money Habits To Your Children?, please read the originial post: here
People also like

Subscribe to Are You Missing These Five Opportunities To Teach Good Money Habits To Your Children?