Idioma: En
Are You Missing These Five Opportunities To Teach Good Money Habits To Your Children?
http://www.talentedladiesclub.com/all-help/are-you-missing-these-five-opportunities-to-teach-good-mo
Follow me
Share me

It’s tough enough balancing a career with motherhood. But what if your child has more complex needs? Find out why parents of disabled children are turning to digital entrepreneurship to provide for their families.

With recent cuts in support for carers, it’s unsurprising that 46% of those caring for a disabled child under 18 are reported having given up work to care. But many so called ‘special needs parents’ or SEN parents say that being able to work is important, and not just for financial reasons.

With little support, and a big cap in childcare options for children with special needs and disabilities, many parents are finding themselves having to retrain and go it alone in order to make it work for them.

Over the years, Social Media has been the place that these families have turned to for support and advice from other parents facing the same issues they are.  So it makes sense that some are also now harnessing the power of social media as a place to be able to work and provide for their families.

In 2018 I retrained as a Facebook ads strategist so that I could return to work while caring for my disabled son.  William, 10, was born with quadriplegic cerebral palsy, epilepsy and visual impairment. He is unable to sit or stand without support, can’t walk, talk and has very little control over his body. He requires constant care, as he can’t eat, drink, use the toilet or take his medication without assistance.

Being a stay at home mum was never part of my plan.  I am very independent and driven so not being able to contribute financially left me feeling guilty and redundant. So, when William was two I set up a cake decorating school from my kitchen table with only a few months experience in cake decorating and no marketing budget!

I used Facebook to build a business that served me well over six years and allowed me to work around my caring responsibilities.

But there is only so much icing sugar a person can clean up before losing the will to live. So, when I saw an opportunity to use my skills and retrain in Facebook advertising I snapped it up.

It made total sense to me, I had relied on Facebook to grow my own business and I saw Facebook ads growing in popularity and success.  Yet there were very few UK based ads strategists and many businesses here were outsourcing their ads to experts in the USA and Australia.

Thanks to Facebook I’ve been able to create a successful business, helping business owners with their Facebook ads which means I can work around my William’s needs. And as long as there is good WiFi I can work from anywhere, including a hospital waiting room. My thirst for independence and drive to succeed is being fed and my mental health has never been better thanks to social media. 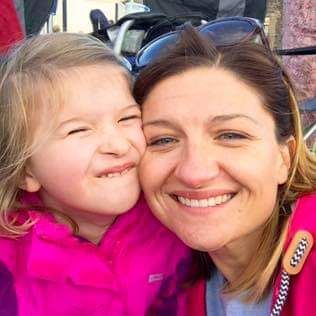 Michelle Scott first started using Facebook as a way to connect with other special needs parents and share her daughters journey before turning it into a career.

Her daughter has a relatively rare genetic condition called Med13L.  After years of invasive tests and scans, she was finally diagnosed as a result of being in the Deciphering Development Delay study.

She was born with congenital heart defects, which led to her going into heart failure and needing life saving open heart surgery when she was three months old.  Her main difficulties now are that she has a severe learning disability, autism, is non-verbal and fully incontinent. She is able to walk short distances (slowly) but she relies on a wheelchair most of the time.

From the moment Michelle’s daughter was born, the family fell into a life of regular hospital appointments.  This wasn’t an issue during the maternity leave but become a problem when Michelle returned part-time to her marketing communications management role.

After the birth of her second child, Michelle tried to return to her part-time role but was told her job had been given to someone else and was offered a junior role instead.  Rather than being pushed into a role she’d done 10 years earlier in her career, she decided to walk away and take voluntary redundancy.

She spent the next few years acting not only as her daughter’s mum but also her full-time carer, advocate and champion to get the support she needed.“It was a full-time role and the thought of doing anything else quite frankly scared me!”

Michelle started blogging about her journey with her daughter, mostly as an emotional outlet and soon found that there was a whole social media world out there that she could tap into. She joined Facebook groups to promote her blog and connect with other SEN bloggers.  But Michelle says that for her own sanity, she realised that she needed something just for her, away from the special needs aspect of her life.

With her marketing background and the accessibility of the online learning, Michelle saw an opportunity to retrain as a Social Media Manager so she could run her own business around the needs of her children.

Having invested in her career development, Michelle now offers social media management services, 1-1 coaching and strategy development to small businesses across East Lothian and Edinburgh and is able to work around her caring responsibilities. 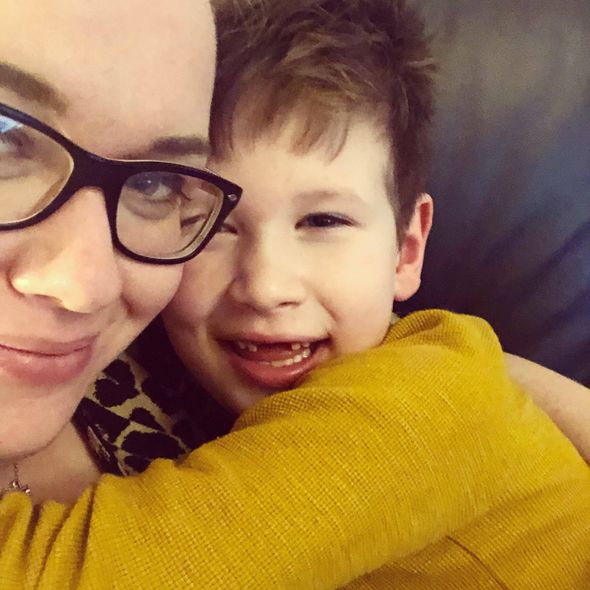 Laura Rutherford also saw an opportunity to use social media as a way back into the workplace when she was unable to return to traditional work.

Laura’s son, Brody, is seven years old and has an undiagnosed genetic condition which means he has a learning disability, epilepsy, autism, hypermobility and a deformed foot and weak ankle (which is also a mystery to medical professionals). He is non-verbal but has the best sense of humour EVER.

6000 children are born every year without a diagnosis to explain their disabilities and many remain undiagnosed into adulthood.

Laura R found there were many factors making it difficult for her to return to work as a special needs parent.  The lack of after-school clubs or childminders available to provide care for Brody, coupled with her daughters nursery being in a different village to Brody’s school as well as the huge number of appointments that Brody had made returning to work really hard.

But Laura R had always hoped to return to work one way and over the years she’d begun to feel like she had “lost myself a bit and have just become ‘mum’. I missed using my brain, the different sense of achievement that works brings, earning my own money and the social side of working.”

Laura R turned to social media when she started a campaign asking for supermarkets to make bigger nappies for children with like Brody.  This lead her to working with a national supermarket, campaigning for changing places toilets and writing a successful blog.

Her influence on social media led to a part time job opportunity with a disability focused charity and gave her opportunities to ghostwrite for a website about parenting children with SEN.

Laura R said “I don’t believe I would have either position if it wasn’t for social media giving me a voice.”

She suggests that social media can be really useful for parents who are finding it difficult to juggle returning to work alongside their caring role and advises that it is worth exploring whether it might work for you. Laura R says if you’re crafty, you could set up an online store through websites like Facebook, Ebay and Etsy.

If you have a sales or marketing background a career in social media marketing or advertising could be a great idea. And if like her, you enjoy writing, you could try pitching to your favourite websites.

The post Why parents of disabled children are turning to digital entrepreneurship to provide for their families appeared first on Talented Ladies Club.

This post first appeared on Are You Missing These Five Opportunities To Teach Good Money Habits To Your Children?, please read the originial post: here
People also like

Subscribe to Are You Missing These Five Opportunities To Teach Good Money Habits To Your Children?