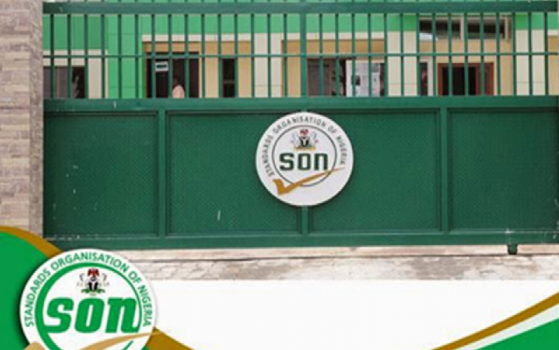 Senate wants SON to return to Nigeria’s ports – The Senate Committee on Industry has called for the return of the Standards Organisation of Nigeria (SON) to the nation’s ports.

Sen. Sam Egwu, chairman of the committee made the call on Monday, during an oversight function to SON’s offices and laboratories in Lagos.

CBD 2020: What to Expect + Our Top Pr…
The East winds of Digital Currency Ga…
Elephant Pulling Cart to Lead Next Ye…
Best Gaming PC Build for 1440p: Under…
Where To Stay In Santorini On A Budge…

He said that the absence of the agency was greatly felt at the ports and called on stakeholders in the sector to begin facilitating its return.

He stressed that it was necessary for the agency to have first-hand information on goods berthing on the shores of the country before being allowed into the markets.

He said that Nigeria as a large scale importing country must have its standard organisation at the nation’s point of entry, in order to ascertain the quality of goods coming in.

“We cannot overemphasis the issue of standardisation, because it is the core for every manufacturing output. We are not happy that SON has not been allowed to operate at its maximum capacity especially with their presence being felt at the port.

“We have observed some products come into the country from countries that do not have standards all cloned with SON logo. This is certainly not good for the Nigerian economy.

“The discovery by the SON deterred such goods from getting into the hands of unsuspecting consumers,” he said.

He commended operations of the agency in its fight to combat fake and substandard goods, and restated the committee’s support.

“From what I have seen so far, I want to say that they have impressed us as a committee with their efforts to ensure that products are being standardised.

“They have also judiciously put to use the appropriation funds given to them to deliver on their mandate,” he said.

The Director General, of SON, Osita Aboloma, told the committee that steady progress had been made over the years under the current leadership of the senate committee on industry.

“We have never had it so good under any committee in the history of SON.

“Not only did you bequeath a befitting SON Act, we have also been able to discharge most of our core mandate.

“I am also proud to tell the world that the issue of possession and co-ownership of the building where our operational office in Lekki is situated has been resolved in favour of SON due to your able leadership, ‘’he said.

The News Agency of Nigeria (NAN) reports that members of the committee were taken to SON’s one-stop office in Apapa and its multi-billion laboratory complex in Ogba with about 38 laboratories.