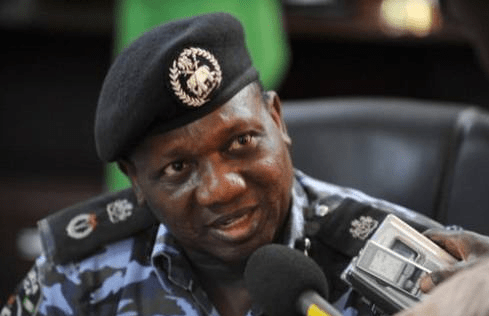 IGP directs Force Account Unit to urgently resolve Salary issue – -PEEVED by not only shortage but also nonpayment of salaries of some Police personnel due to their migration to Integrated Payroll Personnel Information System, IPPIS, the Inspector General of Police, Ibrahim Idris, has directed relevant police unit at the Force Headquarters to immediately liaise with the Office of the Accountant-General with a view to correcting the problems.

Idris particularly directed Assistant Inspectors-General in charge of Account and Budget to immediately collaborate with the AGF and the IPPIS to rectify the persistent salary shortage and non-payment of Salary of some police personnel across the country.

The Force Public Relations Officer, Jimoh Moshood, an Assistant Commissioner of Police, ACP, in a statement to this effect, yesterday, said the police boss was “concerned with the issues of welfare of the entire personnel of the Force as regard delay in payment”, a development that compelled him to give the directive.

The statement added:” The Nigeria Police Force frowns at this ugly situation; the Force is also mindful of the fact that short/delay payment of salary of some personnel of the Force if allowed to continue as being witnessed will have negative impact on the welfare of such personnel.”

“Consequently, Commissioners of Police and their supervisory Assistant Inspectors General of Police in charge of states and zonal commands, and heads of other formations and detachments in the Force have been directed by the Inspector General of Police to lecture and educate their personnel who have any complaint on short/delay payments to be patient that their complaints are being addressed,”the statement further said.

The affected police personnel, the statement added, “are also enjoined to continue to discharge their duties responsibly as the Force is doing everything possible in conjunction with Office of the Accountant-General of the Federation and the IPPIS Unit to ensure that all their problems and other identified issues relating to short/delay payment of salary of police personnel across the country are permanently resolved.”