The number of Americans filing applications for Unemployment Benefits fell more than expected last week, pointing to underlying market strength despite a sharp slowdown in job growth in May.

Initial claims for state Unemployment benefits dropped 6,000 to a seasonally adjusted 216,000 for the week ended June 15, the Labor Department said on Thursday. Data for the prior week was unrevised.

Hemp Land USA Review
What is Google Ads and Types of Ad Ca…
A Comparison of the Environmental Imp…
Motivational Tips to Help You Stick …
Hey You, Finish 2019 Strong

Economists polled by Reuters had forecast claims would decrease to 220,000 in the latest week. The Labor Department said no states were estimated. The drop in claims followed three straight weekly increases.

Claims are being closely watched for signs of a rise in layoffs stemming from a recent escalation in trade tensions between the United States and China. 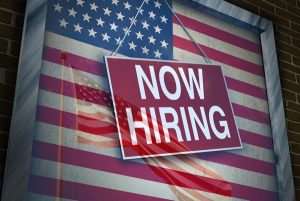