The Federal Reserve may be on its way to delivering a half-point interest Rate Cut next month even though economic conditions don’t seem to warrant such an aggressive move, according to Goldman Sachs economists.

A Comparison of the Environmental Imp…
Pork Chops with Leeks in a Mustard Sa…
Math Full Complete Tricky PDF For Com…
‘The Angry Cabbage’. A Vegetable Rese…
Simple Tips To Increase Self-Esteem

In a substantial revision to its prior forecasts that the central bank would stand pat, Goldman now sees a likelihood of two reduction this year. Prior to this week’s Federal Open Market Committee meeting, the bank had indicated that “the hurdle for mid-cycle easing is rather high.”

However, a reading of the post-meeting statement combined with remarks Fed Chairman Jerome Powell made at his news conference and a realignment of individual members’ forecasting “dots” has shifted that outlook considerably. Seven of 17 committee members indicated they see a 50 basis point cut in the funds Rate by the end of the year, falling just short of being the consensus call, which now remains at no cuts but is expected to change. 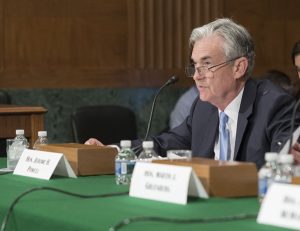