U.S. and Chinese officials expressed hopes on Monday that a new round of talks would bring them closer to easing their seven-month trade war, but a U.S. Navy mission through the disputed South China Sea cast a shadow over the negotiations in Beijing.

CBD 2020: What to Expect + Our Top Pr…
Why Friday The 13th Will Be Your Luck…
Vechain Blockchain Technology Powers …
How To Get From Lima To Cusco Peru {T…

The world’s two largest economies are trying to hammer out a deal before a March 1 deadline, after which U.S. tariffs on $200 billion worth of Chinese imports are scheduled to increase to 25 percent from 10 percent.

Washington is expected to keep pressing Beijing on long-standing demands that it make sweeping structural reforms to protect American companies’ intellectual property, or IP, end policies aimed at forcing the transfer of technology to Chinese companies, and curb industrial subsidies.

White House economic adviser Kevin Hassett said the Trump administration was pleased that the talks were moving forward but cautioned that March 1 is a “real deadline” for reaching a deal. 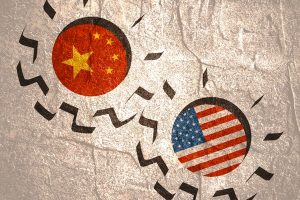