Kim Kardashian Talks About Having Less Independence After Marriage, Political Differences With Kanye West and More 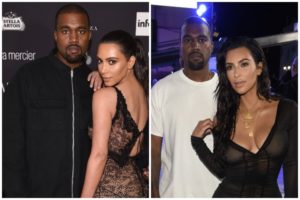 Kim Kardashian opened up about her marriage life like never before revealing of having less independence being married to a person like Kanye West in an interview on ‘The Alec Baldwin Show’.

Kim Kardashian appeared on ‘The Alec Baldwin Show’, where she spoke on length about everything from Caitlyn Jenner’s sex transition to having controlled over what to not to post on Instagram to differences of opinion with husband Kanye West on political views.

Kim Kardashian and the host Alec Baldwin sat together for an hour where they spoke about Kim’s personal life and public image. Kim Kardashian says it’s sort of giving up a little part of your independence if you are marrying a person like Kanye.

“I think being with a man like Kanye, you have to learn how to be a little bit not-so-independent,” Kardashian-West said on the show, according to People. “I’ve always been so independent and working, and [had a] schedule, and when you get married and have a husband that has their career and then have kids, your independence … you have to let it go. I had to learn that being with a man like Kanye.”

“Now it’s, ‘Where can I go on vacation where nobody will see us?'” admitted Kim. “All I want is privacy. I never thought that I would be at that point.”

She says Kanye changed her fashion taste and threw almost 125 pair of shoes out from her closet. “I always thought I had really good style – until I met my husband and he told me that I had the worst style,” Kardashian West said at the Business of Fashion summit in June. “He was really nice about it and cleaned out my whole closet.”

If you are watching KUWTK, Kim Kardashian West said earlier this month that Kanye even gives her advice on which photo she should be posting on Instagram and which not.

Kanye had also emailed her while he way away for music recording that she should let go off all the big glasses and make some room for smaller ones.

Later in an interview Alec Baldwin asked Kardashian how she put up with Kanye West being the biggest fan of Donald Trump when they have differences of opinion on politics. Kim said, “I grew up in a household where Bruce [Jenner], who was my stepdad, had one political view and maybe my real dad had a different political view, or my mom, and we would just always talk about it and be really open about it, and it was always OK to have different views.”

So she continued saying she is fine with “who he is,” even when they disagree politically. “I love letting my husband be who he is. [We] definitely have conversations if I don’t understand something in private and talk about that.”

Kim Kardashian certainly knows how important it is to respect each others views in marriage.

Alec Baldwin touched the most sensitive topic which had Kim Kardashian scared for quite a time. Kim Kardashian was robbed in Paris in Oct. 2016 of $10 million in cash and jewels at her apartment. She was tied up and gagged by some gun-toting men dressed as cops who stole jewels, including a 20-carat, $4.5 million ring that was a gift from West. The robbery changed the way Kim used to carelessly flaunt her lifestyle on social media. The robbery event scared her and she is more peculiar and make her choices consciously what to give out in public and what not. “My life has definitely changed a lot in the last two years from that experience and just wanting more privacy,” Kardashian, 38, said. “In the last three months, I feel like I’ve come out of my shell a little bit more, back to who I was. I felt, like for a good year, I almost lost myself.”

It shook me,” she told Baldwin. “I’m totally a realist. So I know, you post on social media your locations, your jewelry, your bags, what you’re doing, where you’re going, your cars, your stuff. I would always talk about my stuff.”

“Even though it was horrific, and I wouldn’t wish it upon anyone,” she said. “It really did deeply change me to where now I feel like I can get back to myself, I can put on makeup and heal.”

But who can forget such bad incidents and Kim still fears while getting photographed at restaurants knowing that someone is noticing she was out might rob her home while she was out. “I always had that thought in my mind of just danger,” she said. “I never thought about anything scary before, until then. I felt like I was living in a bubble, and that opened me up to so much.”

However Kim Kardashian has six body guards round the clock to safeguard her house, as well as security by her side 24/7 when she travels.

Talking about Caitlyn Jenner’s transition, she was 25-year-old when her stepdad dressed as a woman in the garage at Kris Jenner’s home, “and I ran in and packed a back so fast, shaking, and ran out and called Kourtney.”

Take a look at this clip from the interview below.

The post Kim Kardashian Talks About Having Less Independence After Marriage, Political Differences With Kanye West and More appeared first on Eventznu.com.

Kim Kardashian Talks About Having Less Independence After Marriage, Political Differences With Kanye West and More