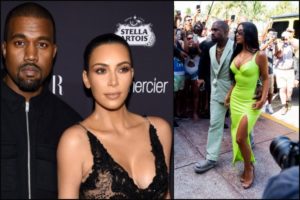 Kim Kardashian receives an envelope with a cheque of $1 Million as a gift on mother’s day from spouse Kayne West.

Reality star received super expensive GIFT from her partner Kanye West. No, it’s not a mother’s day gift but she did receive it on Mother’s day, a flower – ok, and,  an envelope with a million dollar cheque in it.

Rolex Daytona: Things to Know Before …
Bulletproof Coffee – How to Make It (…
COVID-19 Shelter-In-Place Polaroids
My Personal Guided Tour of Hot Spring…
Three Lucky things that have happened…

Any normal couple would be happy if there spouse get them a bunch of flower or chocolate as a surprise, but rapper Kanye West knows that Kim Kardashian is not an easy woman to please.

Well, let’s stop nagging and the truth is Kim Kardashian did some favor or say she did take some advice from her husband Kanye and put down a million dollar endorsement deal for a clothing brand. It seems Kim was reportedly offered a million dollar deal from a fashion brand and Kim had to endorse this clothing brand on her Instagram account which has million fans followers.

“A brand offered me a million dollars to do a post on some of their clothing and they typically — I don’t want to say who the brand is — but they typically knock off (Kanye’s label) Yeezy.”

On asking her husband Kanye if she should accept the deal, he said – “No babe. I really don’t want you to do that.”

Kim stated Kanye’s disapproval was ‘obvious’ as the brand(she didn’t name the brand) was copying his designs but it was also hard to say ‘no’ to such big money.

After a week or so, Kanye surprised Kim Kardashian by sending flower and an envelope at her door.

“Mother’s Day was, like, the next week. Mother’s Day comes and he happened to be recording out of town and I get my flowers and then I get an envelope delivered to the door. I opened the envelope and it was a million dollar cheque with a note saying thank you for always supporting me and not posting,” Kim said.

“In the rest of the envelope, it was a contract to be an owner of Yeezy — to have my percentage. And that was my Mother’s Day present.”

Guys, when you stop your wife from shopping something, please make sure you get something nicer(not expensive) as a surprise to compensate that ‘no’.