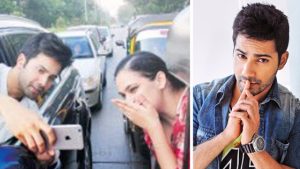 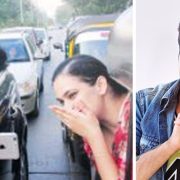 Mumbai Police handled one of the A-list Bollywood celebrity situation in best possible way. Varun Dhawan not only violated traffic rules but also risk his own life as well one of his fan’ for a selfie in the middle of road. Mumbai police shamed the actor on twitter by tagging him and sharing the message with a picture. Could anything bring you more embarrassment than pin-pointing your mistake on social media!?

types of schizophrenia - negative sym…
Cultivating an Equitable and Anti-Rac…
Karen Wiesner: The Stories Behind Cla…
The Ultimate Guide To Obtain a Europe…
Confusion Looms Over Google Pixel 5a …

Mumbai Police tweeted Varun Dhawan with a reminder that it’s not a silver screen where you can do anything you wish to. The tweet was captioned, “@Varun_dvn These adventures surely work on D silver screen but certainly not on the roads of Mumbai! U have risked ur life,ur admirer’s & few others. V expect better from a responsible Mumbaikar & youth icon like U! An E-Challan is on d way 2 ur home. Next time, V will B harsher”

[email protected]_dvn These adventures surely work on D silver screen but certainly not on the roads of Mumbai! U have risked ur life,ur admirer’s & few others. V expect better from a responsible Mumbaikar & youth icon like U! An E-Challan is on d way 2 ur home. Next time, V will B harsher pic.twitter.com/YmdytxspGY

As soon Mumbai Police tagged Varun Dhawan and told him that E-Challan is on it’s way, the actor did right thing right away. He replied to the tweet seeking apology.

Our cars weren’t moving since we were at a traffic signal and I didn’t want to hurt the sentiment of a fan but next time I’ll keep safety in mind and won’t encourage this. https://t.co/MEJk56EksG

Mumbai Police in return replied to Varun’s apology tweet appreciating him that he took their words in right spirit.

Quite a galactic coincidence for the photographer to be on the same signal to capture your gesture, in a good intent nevertheless risky. Leaning out even in a stationary vehicle can be distracting for others considering your popularity. Glad you took our message in d right spirit https://t.co/jKqosfH6V3

Mumbai Police surely knows how to handle when it comes dealing with celebrities, isn’t it! They did it the right way. The Mumbai Police’ respond to actor’s apology tweet is as impressive as shaming him on twitter.

This post first appeared on The Fashion And Beauty, please read the originial post: here
People also like
types of schizophrenia - negative symptoms of schizophrenia
Cultivating an Equitable and Anti-Racist Workplace
Karen Wiesner: The Stories Behind Classic Fairy Tales (Woodcutter's Grim Series), Part 6
The Ultimate Guide To Obtain a Europe Residence Permit
Confusion Looms Over Google Pixel 5a – Might Be Only Available in The US and Japan
Vanity, Vendors, and Vulnerabilities
ما هي الضبطية القضائية