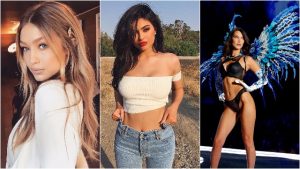 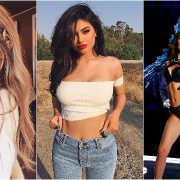 Forbes released the world’s Highest Paid Models of 2017. The models earnings are no less than any A-list Hollywood celebs. We would be surprised to know the figures these models make in a year. The models are associated with international brand of fragrances, cosmetics, clothing, shoes and bags. The popular brands include names Victoria Secrets, Estée Lauder, La Perla, Adidas, Vivara Jewelry and more.

How To Help Your Husband Get On Board…
August 2022 Tarot Draw: The Moon Reve…
Top tips for safe diving, a water-pow…
Formaldehyde
Twitter Sues Elon Musk Over $44 Billi…

The top 10 highest paid model names includes a curvy figure who made to the list for the first time. The list names are mostly dominated by Insta-girls who have the highest number of fan followers. Jointly, these 10 models made a whopping amount of $109.5 million from June 2016-June 2017 before tax.

The earnings are increasing every year as the fashion changes and contracts get renewed. Since 2002, Gisele Bundchen held first position as world’s highest paid model. For the first time in 15 years, Kendall Jenner, 22 replaced Gisele with a whopping amount of $22 million a year.

Besides having the best contracts under her name like Estée Lauder, La Perla, Alexander Wang and Fendi, she also owns a clothing line Kendall + Kylie. She also makes hefty amount through family reality show Keeping Up With The Kardashians TV show. She gets the best traction through her Insta account having 85 million Instagram followers.

37-year-old Gisele, dominated the number one position since year 2002. She stopped runaway since 2015 but, managed to remain on number one position till 2016. However, Kendall Jenner dethroned her position and she slipped to number 2 position. She worked for Carolina Herrera fragrance, Arezzo shoes and Vivara jewelry. Her income dipped by 43% in 2016, a huge dip of $30.5 million.

Chrissy ranked among the top 10 names of highest paid models for the first time. Having millions of social followers, she digs gold with beverage products Vita Coco, Smirnoff and McDonalds.

A brazillian model, best known as a Victoria’s Secret Angel is associated with the brand from last 20 years. She is also a face of Maybelline, and Kia motors which put her on foourth number.

Gigi Hadid was featured on Vogue, Harper’s  Bazaar Magazine cover. She have huge pay checks from Tommy Hilfiger, H&M and Balmain which gives her fifth position.

Rosie was Victoria Secrets lingerie model. She walked the runway for Prada, Givenchy, Micheal Kors, Louis Vuitton and for many. She earner herself a solo British Vogue cover in 2011.

Victoria Secrets model turned vlogger. She runs her own TV show Movie Night with Karlie Kloss. She is a corrspondent on the Netflix series. She was featured on Vogues 2017 magazine cover.

For the first time, a chinese model appeared on the top 10 model list names. She is the first model of East Asian descent to walk the Victoria’s Secret Fashion Show and a face for cosmetic brand Estée Lauder.

For the first time, the siblings – Gigi Hadid and Bella Hadid together make it to the top 10 highest paid models of 2017. All thanks to her Instagram posts and updates which gets her loyal followers. She pose for than a dozen brands including Dior beauty, Bulgari’s accessory and Nars cosmetics.

Ashley grabbed the 10th position with her unique figure. More importantly, she is first curvy figure model who is among the top 10 models. She bagged the campaigns for plus size brands H&M, Lane Bryant and swim suit.

This post first appeared on The Fashion And Beauty, please read the originial post: here
People also like
How To Help Your Husband Get On Board With Prepping – Part 2
August 2022 Tarot Draw: The Moon Reversed
Top tips for safe diving, a water-powered battery and understanding Gaelic with ultrasound
Formaldehyde
Twitter Sues Elon Musk Over $44 Billion Merger Agreement