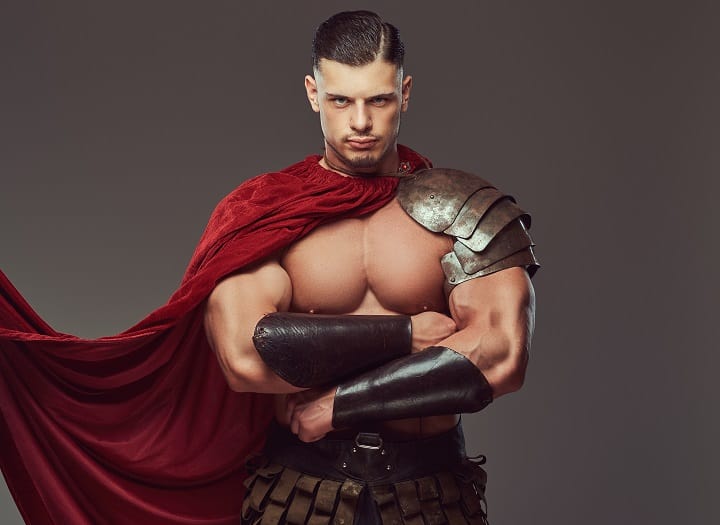 The ancient Greek society was quite a fashion-conscious one where hair was considered a status symbol. A person’s hairstyle reflected his age, social position and class.

Typically, the aristocrats and traders were differentiated from the enslaved people by their hair, as were the warriors. It was pretty common for the men in ancient Greece to wear their hair long.

Children could have long or short hair, but they had to maintain chin- or jaw-length hair when the boys reached a certain age.

Only the slaves had very short hair, which was cropped very close to the scalp and this was the primary way to differentiate between the slaves and the free citizens of Greece.

Half Up Half Down

This style has the hair combed back with a bun in the center and tight ringlets cascading on the shoulders. Style your hair with the right styling products and set your curls using a professional hairdryer.

If you have shoulder-length or long hair, then the simple man bun tied at the center of the back of the head is a very stylish look.

One of the best short haircuts, a crew cut, is a popular hairstyle where the hair at the top is very short and the sides are tapered.

One of the most popular 90s hairstyles for men, the bowl cut has hair cut at equal length around the head, the length reaching just above the ears.

If you’re aiming for a messy look, textured bangs are a fantastic and trendy haircut. You can apply some of the world’s best hair wax or best pomade for men to the tips of your hair to add more texture and achieve the messy look you want. 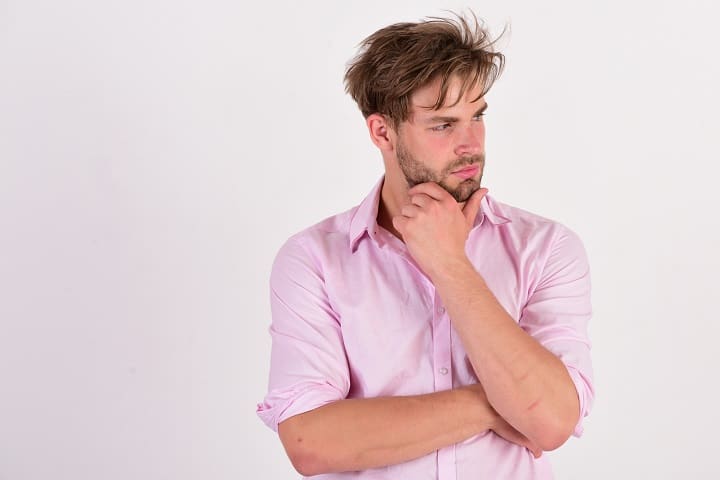 This style has short sides and front and the hair is kept long at the back.

Side part haircuts can be rather tricky with curly hair. But if you have the correct length at the top, you can achieve a side part and use a hair cream for men that works to keep your curly hair in control all day.

If you have curly mid-length hair, you can try out styles such as medium curly quiff, wavy slicked back, curly bowl cut, a wavy side part and more.

Practical and easy to maintain, a buzz cut is a super short haircut, very close to the scalp, all around the head using clippers. Usually sported by slaves in ancient Greece, buzz cuts are cool and stylish in the modern context.

There is no shortage of short haircuts if you want to try one. Right from the buzz cut to the crew cut, pompadour with taper fade, short style with finger waves, side part fade and more, there are loads of short hairstyles you can try.

Preferred by Greek soldiers for its practicality, the Krylon is an up-do style, where the hair was gathered and tied together into a kind of a man bun and pinned above the head.

The Kepos was a hairstyle typically sported by very young Greek boys and slaves, where the hair was cut extremely short all around, much like the bowl cut of today. Typically, younger men with the Kepos haircut were clean-shaven.

The Theseid was essentially the mullet haircut, which was quite popular in the 1980s. 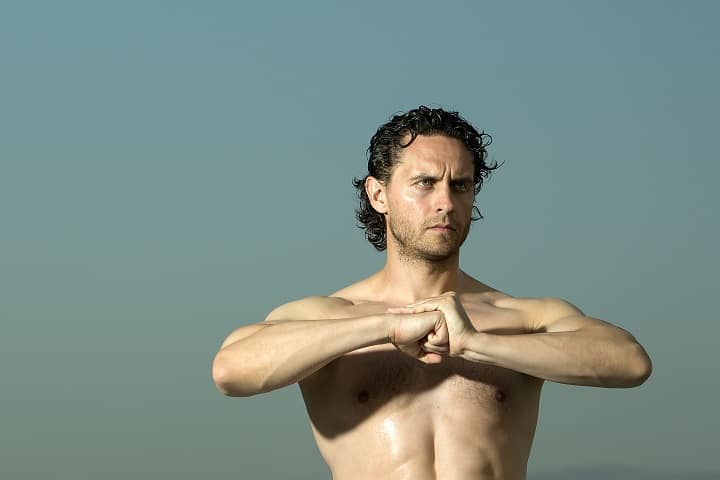 The Hectorean was an everyday hairstyle sported by Greek men, where the medium or long curls were combed back and tucked behind the ears.

In this style, the hair was rolled into a knot on the top of the head and fastened using golden grasshopper-shaped clasps.

Greeks generally have black or dark brown hair and may sometimes have red or blonde tints or strands.

Greek hair is generally quite thick and has volume with curls or waves.

Typically, the hair of Greeks varies from fine to coarse.

How to Get and Style

Step 2 – Talk with your barber

Ask your barber for advice about if the hairstyle will suit you, considering your face structure, hair length, type and texture and if they can tweak it according to the current trends.

Step 3 – Use the right styling products

Use appropriate styling products to style and maintain your Greek hairstyle for a long time.

Did mullets originate in ancient Greece?

Yes, mullets originated during the 6th century BCE in Greece.

How did ancient Greek men do their hair?

Why do all Greek statues have curly hair? 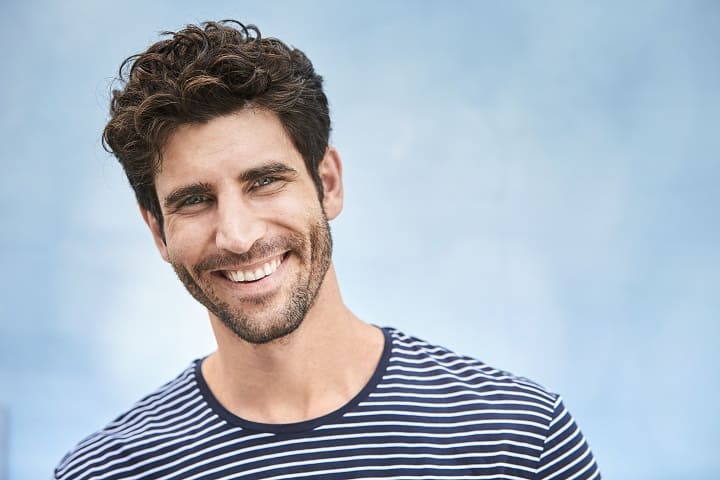 Ancient Greeks loved trying out various hairstyles, which evolved. In this article, we have described some of the best Greek hairstyles.

And, if you fancy any hairstyle and want to try it out, go ahead and pick one and ask your stylist to cut your hair in a cool Greek style but keeping the modern hair trends in mind.