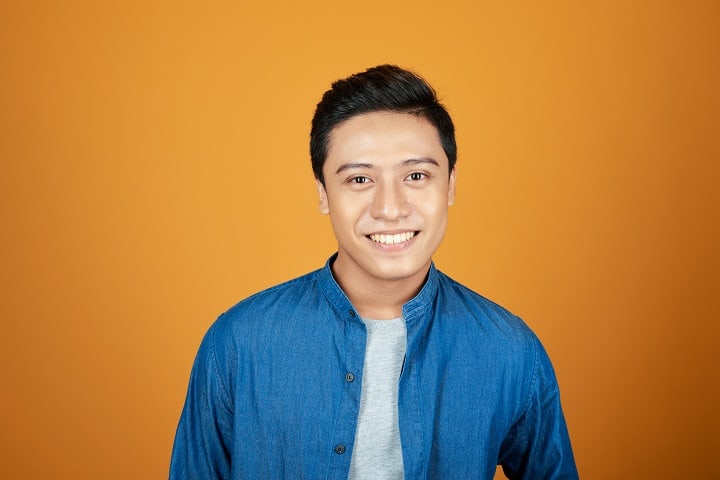 Beards have been the main topic lately and now we are going Korean. Many wonder why many Koreans don’t wear beards and this is why we have come up with this topic.

Korean people don’t have beards because if you look at the Korean beauty standards, a beard is less approachable. Many Koreans who wear beards usually look way older than their normal age and many of the girls wear the Kpop idol look.

The answer is yes. Korean Men can grow beards, but while some like the hairless look, most have sparse facial hair, which ends up looking unkempt.

Most Asian men have lighter beards than European and American men. This has been attributed to lower levels of testosterone in them.

Idols are clean-shaven and look very young. They also seem to impress a lot of girls with their visuals. This can be one of the reasons why the hairless look is popular within the Asian ethnicity.

Korean men’s dislike for facial hair is not solely due to their inability to grow full beards. Instead, it has a lot to do with their history.

The Joseon Dynasty was a significant era in Korean history. This dynasty ruled the Korean peninsula for more than five centuries. The effects can still be seen in Korean men’s shaving attitude and Korean culture today.

In the Joseon culture, not trimming the facial hair was among the custom, but during the Gwangmu era from 1897 to the 1900s, many changes were brought to introduce Korea to civilization.

Being clean-shaven in Korea became a cultural sign of youthfulness and sharpness. Young Korean men with facial hair are assumed to be messy and unclean. At the same time, older men with full facial hair are ‘poor’ or ‘eccentric.’ 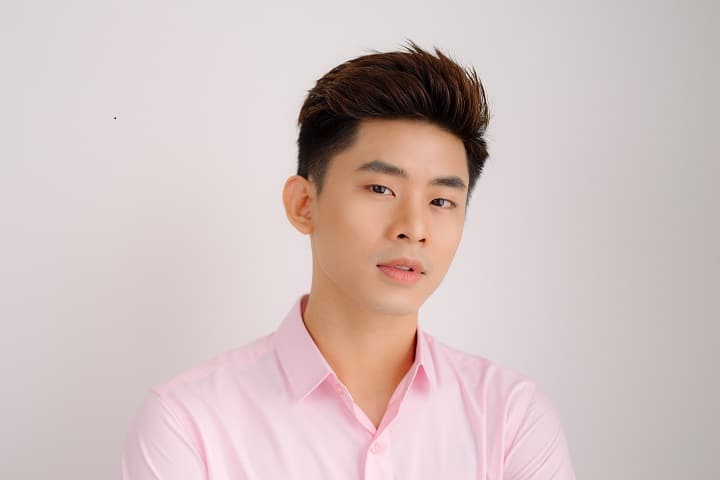 Genetics decides how your mustache and beards will grow. The hair follicle’s sensitivity to testosterone determines the beard increase for men.

Growing beards in Korea is traditionally associated with poverty, laziness, and dirtiness. This encourages men to shave often.

Most Korean ladies are used to seeing their men without beards. Therefore, in the dating market, hairless men are usually more preferred.

The Korean media strengthen the idea of beardless. The BTS, K-pop bands and all other movie stars at the forefront of media fashion all have clean-shaven faces.

These clean, boyish faces of the single young stars are used as a marketing tool, portraying them as the ideal ‘boyfriend,’ which strengthens the cultural hairless standard.

In Korean media, hairlessness is a symbol of success and stability. In a typical Korean movie, when a guy hits rock bottom, he grows a rough unkempt beard and starts living on drugs on alcohol. He wears a sharp, expensive suit and shaves his beard when he gets his life back.

Many Korean workplaces do not permit growing beards. It can get you fired.

Since the general public already knows that to be gainfully employed, you must be beardless, growing a beard offers the possibility of joblessness.

Due to the big beard myths, Korean men shave their beards frequently and, for some, every day to keep any facial hair from growing. 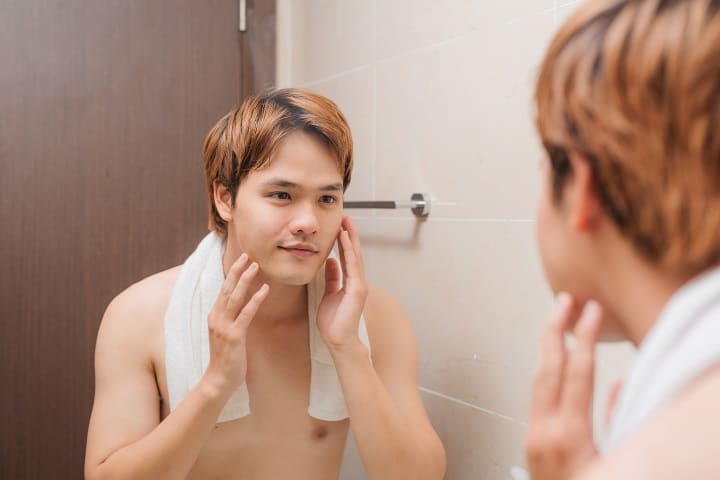 Korean beauty standards differ from Western standards due to the extreme skincare routine.

Other differences are big eyes, skin whitening, sharp jawline and a small face. Let’s check out the differences between Korean and western beauty standards.

Almost all South Korean men shave regularly as this is the beauty standard. However, Western countries have divided options. While some have a baby face, others have extremely long beards. Korean men frequently shave because this is considered normal in Korea.

As regards Western countries, it all boils down to personal preferences. If you desire to grow a long beard, it’s your call and if you have a baby face, you can leave it that way as long as you desire.

South Korea has a hug skincare routine. Many who apply skincare have cleanly-shaven faces. Also, when watching Korean movies, there’s almost no one with a beard. This is one of the contributing factors to hairlessness in Korea.

This kit is perfect for Korean men who desire to grow beards fast. Even though it may take a while before seeing the result, it will be worth waiting.

Growing a beard requires a lot of patience. The beard kit comes with everything you need, including the world’s best razor for head shaving, oils, a durable shaving brush, professional scissors and much more.

This premium beard balm is a must-have for all Asian men. It offers nice aftershave for men to achieve smooth skin.  It is excellent for beginners and easy to apply.

Beard soap is an excellent factor to consider when growing a beard. You want to keep your beards soft, smooth and clean. 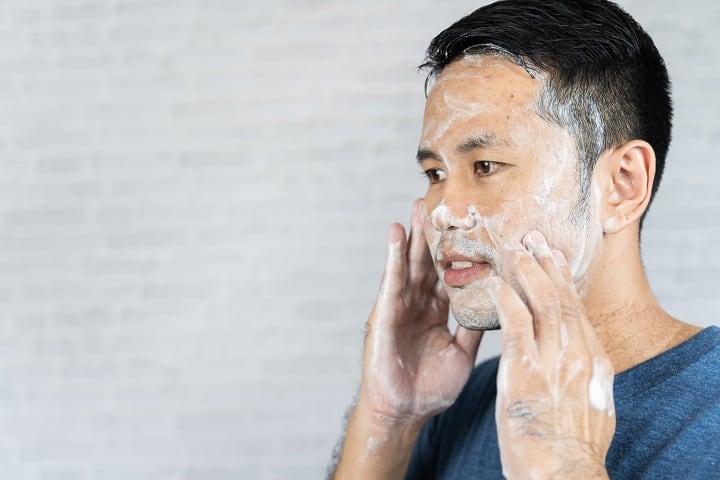 Are beards common in Korea?

Just about 30 percent of the men grow beards in Korea. Since there are no laws against growing a beard, you are allowed to maintain one.

Is it illegal to grow a beard in South Korea?

In this present day, there are no rules against growing a beard. In 1976, the then president of South Korea brought up a law regarding hair. Although there was no specific length, if anyone did not trim their hair short, they would be taken to police custody, where they would be given a haircut against their will.

Korea is popularly known for its laser hair removal method. Due to the Korean beauty standards, keeping body hair is considered barbaric. It is a normal thing to be hairless in Korea.

Can BTS grow a beard?

According to a report on btimesonline.com, J-Hope, Suga and V confessed on TV the routines they go through to maintain a clean-shaven face. Maintaining a clean face is a personal preference and a cultural thing for the BTS group.

Why do pop idols have no facial hair? 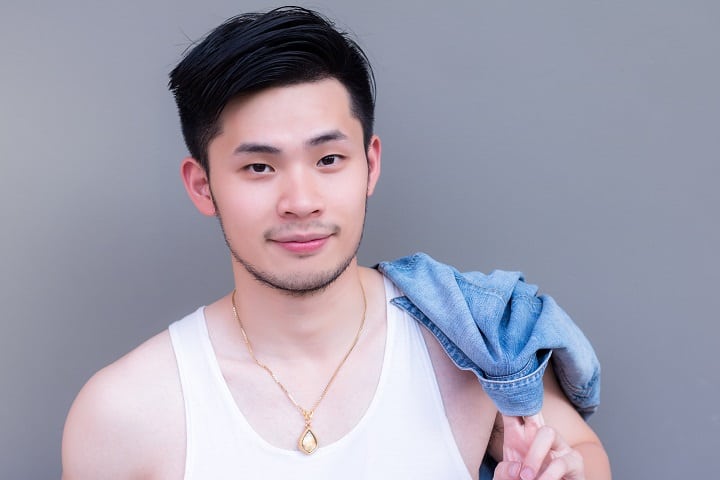 Now that we are at the end of the article, hopefully, you found the information you needed.

Growing a beard in Korea isn’t a simple task because of genetics. Most men don’t keep beards due to beauty standards.

If you wish to grow a beard, you can always try some Asian beard styles any time you please. It all comes down to you. Remember that having a beard will set you apart from the rest of the Korean men.